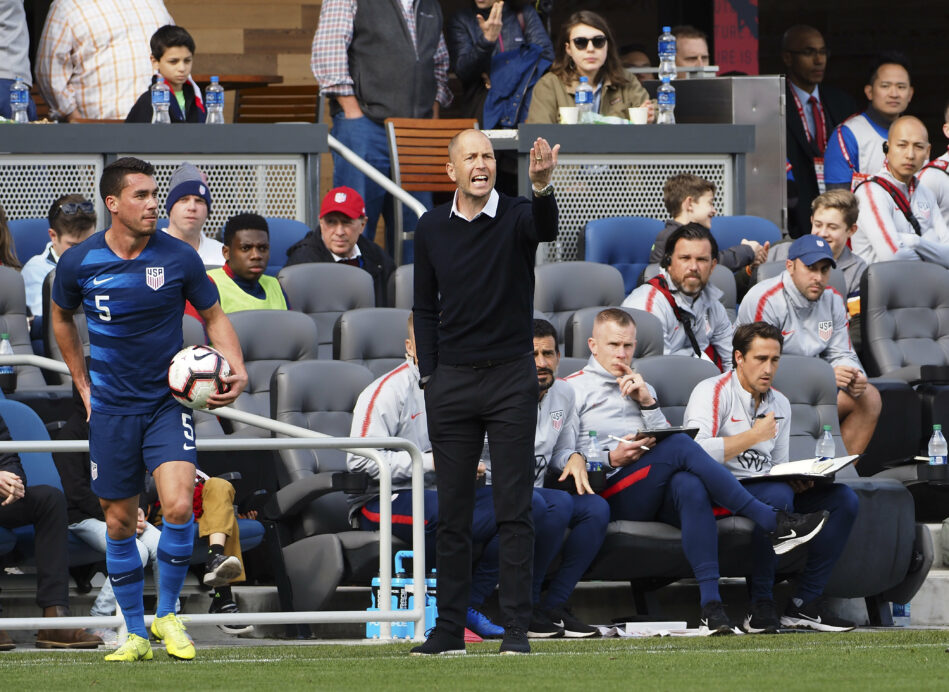 The Gregg Berhalter era with the United States’ Men’s National Team is off to a solid start. Record-wise, it’s a perfect, 2-0 start with five goals scored and none conceded.

Berhalter wants to build a library full of training and matches. His USMNT library has a happy start, although, an imperfect one.

“When you don’t have a body of work to go on, it’s very hard to evaluate the process,” Berhalter explained postmatch. “Now, with these two games, at least we have a starting point, as a reference point of what we need to do to move forward.”

The USMNT’s 2-0 win over Costa Rica on Saturday in San Jose was anything but perfect. The Americans struggled to really create any legitimate chances in the first half and missed on a few big chances in the second half – Nick Lima’s rocket of a shot bounced off of the far post in the 54th minute and Cristian Roldan missed a should-be goal in front of the net just 10 minutes after.

In last Sunday’s win against Panama, the USMNT took a while to really start establishing any sort of consistent flow in the attack before Djordje Mihailovic’s opening goal in the 40th minute. They adjusted and we’re much sharper in the second half then as well.

“First of all, the mentality of the first half was too passive,” Berhalter said about Saturday’s win. “We want to be much more aggressive. Secondly, the speed of the ball, especially on the backline was much too slow. When we’re able to speed it up, we’re able to catch them out of position and find some spaces, so there are some things that led to a much better second half.”

The pair of shutouts closed January camp on a high note, but Berhalter knows that there’s a long way to go as the program looks forward to their upcoming friendlies against Ecuador (March 21) and Chile (March 26).

With a foundation now in place, the next step of the process is mixing in the Americans who are in Europe with what was an all-MLS roster for January camp – guys like Christian Pulisic, Timothy Weah and Weston McKennie who would replace guys like Cristian Roldan, Jeremy Ebobisse and Corey Baird, for example, in the coming friendlies.

“What we learned was how to effectively teach parts of how we want to play in short periods of time. We’ll go back and evaluate training sessions, evaluate how well players are able to learn based on what we’ve provided in the training sessions, and we’ll hit the ground running in March and, hopefully, it’ll be much tighter and much more concise and we’ll see some improvement.”

A big part of that process is teaching through video. The team evaluated their performance in their win over Panama in the week leading to Saturday’s friendly and plan to do the same through video files sent to the players who are heading back to report to their respective MLS training camps.

“They will have access to all of the training sessions and all of the games, so that will be important,” Berhalter said. “But, more importantly, it’ll help us create a library for what we’re trying to do as a group.”

The videos aren’t just for the MLS players who spent the last month in January camp, but also for those coming in from abroad in the coming FIFA international dates.

“Regarding the European guys, it would be nice to get them online, share the video with them and start to have these discussions,” Berhalter said. “When we start in March, they’ll already have an idea of what we’re trying to do.”

Berhalter’s process still has a long way to go. They want to start faster, be more efficient, and aggressive. But this is a team that proved that, eventually, they’ll get the goals – better late than never.

The beginning of Berhalter’s library has two wins, two January camp wins that have the value of newspaper clippings. The real tests that will add immediate value to this new library will come later this spring and into this summer’s Gold Cup.