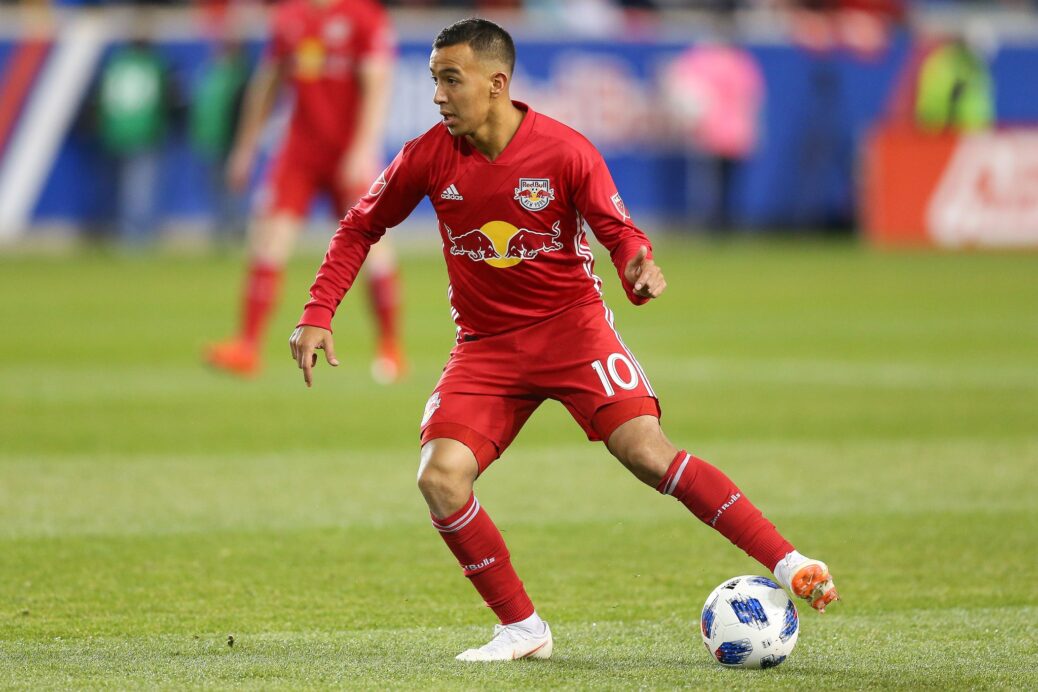 MLS teams have come close to earning continental glory in recent years, but the CCL title still remains elusive for the league.

Starting on Tuesday with Toronto FC and the Houston Dynamo, five MLS teams will begin their respective quests to reach the CCL final.

Four of the five MLS participants start the round of 16 on the road, with Sporting Kansas City earning the only home game in the first leg.

The eight round-of-16 matchups are spread across three days and the second legs will be played next week over the same time span.

Below is a look at the matchups facing the five MLS teams in the round-of-16 first leg.

Toronto FC’s quest to rebound from a rough 2018 season begins on Tuesday night at the Estadio Agustin Sanchez in Panama.

The Reds have plenty of CCL experience from their trip to the 2018 final, but a few key pieces of their roster have changed.

In addition to losing Sebastian Giovinco and Victor Vazquez in the offseason, the Reds don’t have a healthy Jozy Altidore ready for Tuesday night, as he’s working his way back to full fitness.

Terrence Boyd is likely to start up top, while Michael Bradley and Jonathan Osorio will be vital to the club’s success in the middle of the park.

If the Reds are able to come away from Panama with a draw or an away goal or two, they’ll be in good shape for the return leg.

Independiente comes into Tuesday in good form, as it has won three of its last four games in the Panamanian first division.

Omar Browne is the top scoring threat for the second-place side in the Panamanian league, as he has nine goals this season, while Romeesh Ivey has four tallies in the league campaign.

The Houston Dynamo might not have a ton of Concacaf experience as a club, but some of its players are battle-tested in the street fights we’re used to seeing in continental play in North America.

Wilmer Cabrera’s side possesses four Hondurans (Maynor Figueroa, Boniek Garcia, Alberth Elis, Romell Quioto) who have a ton of experience dealing with whatever Concacaf play throws at them, and lest we forget the ageless wonder DaMarcus Beasley, who has been a part of almost every type of Concacaf experience during his career.

Since Concacaf play can be wildly different from what teams see in MLS, the international experience of some of Houston’s key players could help it make a deep run.

But before the thoughts of a surprising continental run can come up, the U.S. Open Cup champions must knock off Guatemalan side Guastatoya.

Guastatoya has a squad comprised of mostly domestic players and it is coming off a pair of 1-0 victories in league play.

Luis Martinez is the player the Dynamo defense must focus in on the most, as the 27-year-old has 12 goals in the current league season for Tuesday’s hosts.

The New York Red Bulls venture down to the Dominican Republic on Wednesday night to take on an Atletico Pantoja team we don’t know a ton about.

Just like the Red Bulls, Atletico Pantoja played its last competitive game in 2018, when it lost on aggregate to Cibao in the Dominican league semifinals.

Wednesday marks the first time we get to see the Red Bulls without Tyler Adams, who is putting together a terrific start to his Bundesliga career with RB Leipzig.

For the Red Bulls, the spotlight will be on center back Aaron Long, who just received a TAM-level contract on Monday from the Eastern Conference side.

Chris Armas’ side should have enough firepower to get out of the round of 16, but it still needs to produce a pair of impressive performances, especially in midfield, to inspire confidence entering the quarterfinals.

Sporting Kansas City is the lone MLS team hosting the first leg of the round of 16 on Thursday night.

Peter Vermes’ side needs a solid performance in the cold at Children’s Mercy Park, and it needs to create momentum heading into a second leg in Mexico, where plenty of MLS teams have had trouble finishing off CCL two-legged ties.

The good news for Sporting KC is Liga MX side Toluca enters Thursday in a rough patch of form, as it hasn’t won since January 13.

Toluca has scored once in its last five domestic games, and that’s a trend the Sporting KC defense is capable of continuing.

Sporting KC has plenty of experience at certain positions, but in order to be considered a serious CCL contender, it needs to fill the hole left by Ike Opara’s departure and create a wealth of chances on net.

If Sporting KC is able to jump out to a multiple-goal advantage in the first leg, it stands a decent shot of netting an away goal in the second leg and advancing.

Atlanta United is widely considered the MLS team in the best position to conquer the CCL.

The Five Stripes replaced Miguel Almiron, who was sold to Newcastle United, with South American Player of the Year Gonzalo “Pity” Martinez, who will lead the attack alongside Josef Martinez.

Thursday’s trip down to Herediano marks the first time we’ll see the Five Stripes in action under new manager Frank de Boer, who has the unenviable task of replacing Gerardo “Tata” Martino.

While Atlanta’s attacking flair will get it through a few contests, the Concacaf experience of players like Brad Guzan, Michael Parkhurst and Brek Shea will be massive as the competition goes on.

The Costa Rican side will rely on Jose Ortiz and Aldo Magana to create the majority of its chances in the final third.