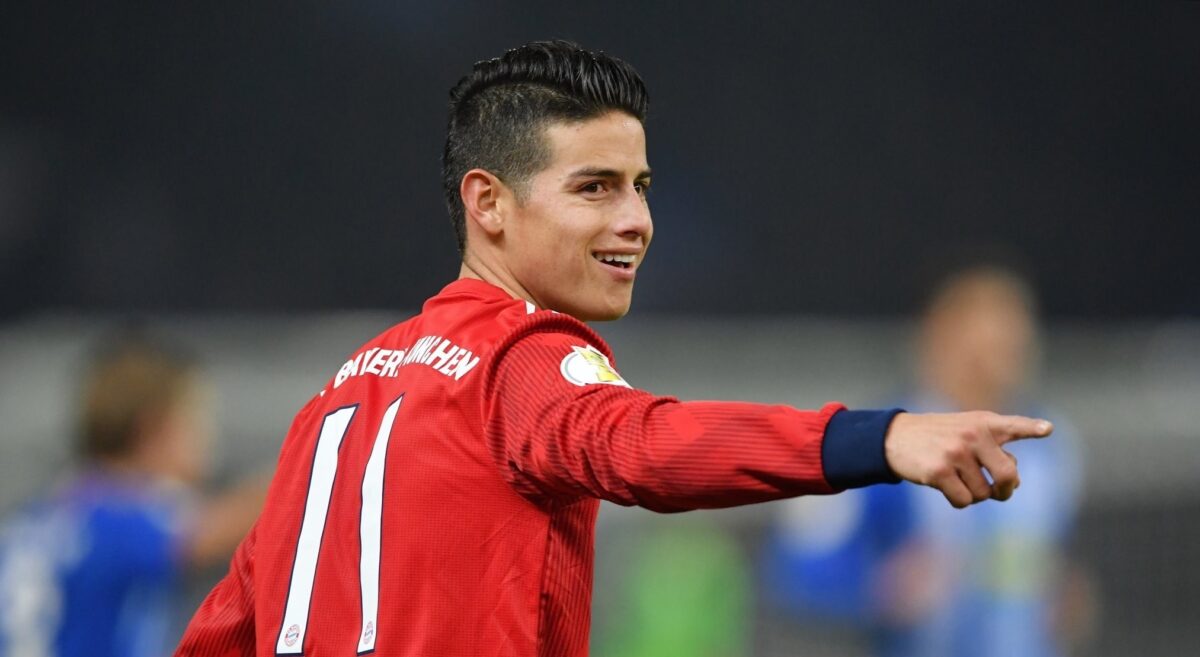 Borussia Dortmund and Barcelona sit five and six points ahead of second place in their respective leagues. Despite that, powerhouse duo Bayern Munich and Real Madrid are breathing down the necks of their rival clubs.

Bayern Munich will visit Augsburg on Friday to kick off this weekend’s Bundesliga play. Bayern has lost just one game in all competitions since their defeat to current table-toppers Borussia Dortmund back in November.

Augsburg are on the other end of the table having gone winless in their last 11 matches. The club sits just three points ahead of VfB Stuttgart who are currently battling relegation.

Real Madrid will be taking on Girona who have struggled this season. Los Blancos have lost just one of their previous 11 matches in all competitions while gaining ground on Barcelona.

Girona have gone winless in their last 14 matches and are currently on a losing streak of six. The Spanish club sits just one point above the relegation zone and will be facing a strong Real Madrid side on Sunday.

Manchester City is the only club in England’s current top six who will feature this weekend. The Citizens will take on Newport County with the latter playing host.

Newport’s path to the Manchester City fixture included wins over Middlesbrough and Premier League side Leicester City. The League Two club will be facing their toughest opponent to date on Saturday and will need to find another level to down the current Premier League champions.

Manchester City are in great form coming off the back of a 6-0 win over Chelsea a weekend ago. The club has lost just once since their holiday struggles narrowing the gap at the top of the Premier League table and advancing them in cup competition.

Here are all of this weekend’s FA Cup fixtures featuring Premier League teams:

Barcelona have drawn each of their previous three matches in all competitions and will need to find three points on Saturday with Real Madrid continuing to hunt them down.

The current league leaders will be hosting Real Valladolid. Saturday’s visitors have won just one of their previous ten matches in all competitions since their 2-1 win over Real Sociedad in December.

Borussia Monchengladbach’s visit to Eintracht Frankfurt is amongst the most intriguing matches of the weekend in Germany.

Monchengladbach sits in third place but is coming off the back of a hefty 3-0 defeat to Hertha Berlin last time out. The club had only lost one of their previous six matches prior to that with the defeat coming at the hand of Borussia Dortmund.

Frankfurt has drawn each of their last four matches in all competitions including a positive result against Borussia Dortmund as well as an important point away to RB Leipzig.

A win for Monchengladbach could see them move ahead of Bayern Munich pending the result of the German giants match against Augsburg on Friday.

Milan’s match against Atalanta headlines action in Serie A this weekend as the two top five clubs meet for the second time this campaign. The first meeting ended in a 2-2 draw back in September.

Milan are in good form losing just once in their past eight matches with the loss coming at the hands of Juventus. Milan sits in fourth place and are hoping to overcome Inter in the coming weeks.

Atalanta have enjoyed their campaign so far this season as a fifth-place finish would see them return to the UEFA Europe League during next season. Saturday’s hosts are unbeaten in their last eight matches including a win and a draw against Juventus.

PSG’s visit to Saint-Etienne is the biggest game in France this weekend. Both clubs sit in the top four but the hosts are looking to climb the table.

PSG showed the world what they can even with the absence of Neymar and Edinson Cavani as they handed Manchester United their first loss of the Ole Gunnar Solskjær era midweek.

The French giants have won seven of their last eight matches in all competitions despite recent injuries to the squad.

Sunday’s challengers, Saint-Etienne, are not enjoying life as much as their upcoming opponents. Prior to a midweek win over Strasbourg, Saint-Etienne had gone winless in four games. The club will need to carry their midweek form into Sunday if they want to top the champions of France.