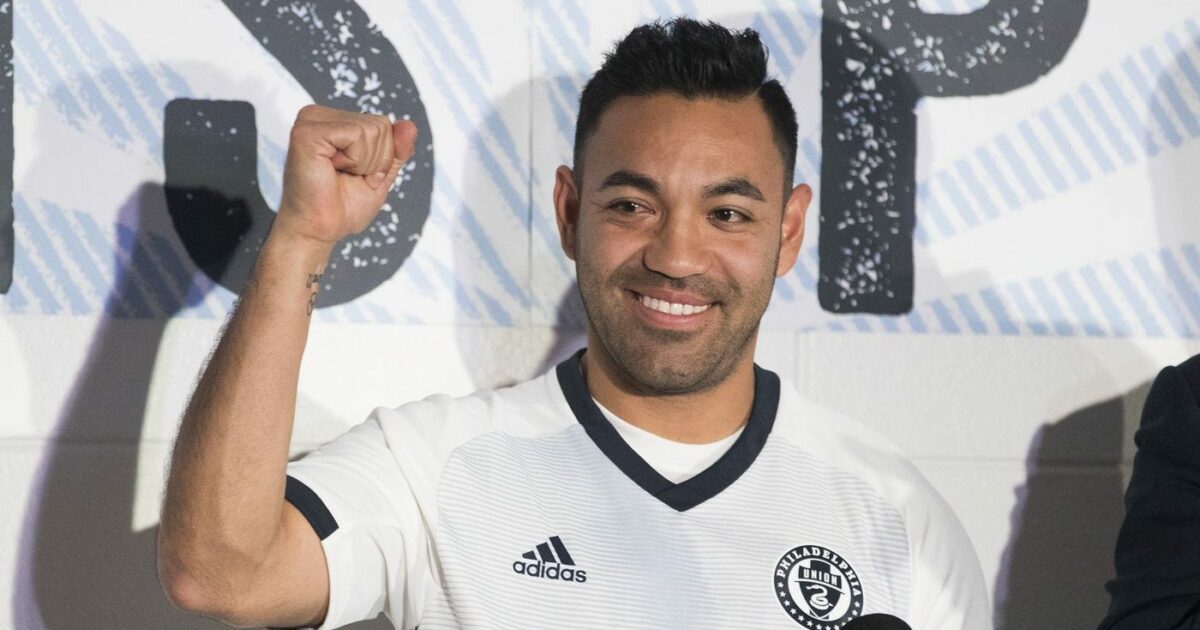 One of the Philadelphia Union’s goals this offseason was to replace midfielder Borek Dockal, who played a huge role in his lone MLS season. Last week, the Union ended a week of rumors by signing Marco Fabian, up to this point the biggest signing in club history.

On Friday, the 29-year-old Fabian joined the Union from Bundesliga side Eintracht Frankfurt. He may be a different player than Dockal, but overall he fills the void nicely and adds a dynamic piece to a talented Union front.

“I know Marco from the Bundesliga and he’s a special player,” Union Sporting Director Ernst Tanner said. “He does good things, creative things, he’s perfect with the ball and he has some sort of aggressiveness in both ways on the field. He’s known not only in Mexico but also in Europe.”

“He is a typical No. 10 who is a threat to goal and has ideas. He can assist, he can pass but he can also do some surprising things with the ball. I think he is a good teammate as well which is good for not only our playing style but for our future.”

The best part for the Union is they obtained Fabian without paying a transfer fee to Frankfurt. Instead, they agreed to a five percent sell-on fee as part of the deal, which also includes two additional club-option years. It was a steal for the Union, who were one of MLS’ underrated sides in 2018, making the knockout stage before being eliminated by NYCFC.

Fabian’s arrival gives the Union a hardworking midfielder who has the ability to alter a match drastically, and his ability with the ball at his feet is something that has Union head coach Jim Curtin definitely excited.

“He will suit the style of play that Ernst wants to bring here, he’s eager and excited to play for the city of Philadelphia and our fans. It’s an ambitious signing and good signing by the club. We haven’t really had a guy who can score goals from 30 yards and in, and he can do that,” Curtin said. “He’s lethal and a top player and now completes the triangle of what we want in the No. 10 spot. Marco is a high quality player.”

Fabian joins a talented attacking bunch that features midfielders Alejandro Bedoya and Haris Medunjanin, and forwards Fafa Picault and Cory Burke. He becomes the most prominent signing of the offseason, joining Sergio Santos, Kai Wagner, and Aurelien Collin who have also moved to Philadelphia.

Most importantly, Fabian will be the star of Curtin’s plans in Philadelphia as he takes the No. 10 position. The Union have not been known for making prominent signings, but for Fabian to be one of them it will add to his confidence prior to the season opener.

“I have more option everywhere in the world, in Mexico and Europe and China,” Fabián said. “But the most important thing is when you feel good with somebody and I say after (meeting with Union Technical Director Chris Albright), he told me about this project, about this city, about this team, I feel so good, I feel so happy, I just follow my heart.”

“I feel so good when I listen [to them] sing my name,” Fabián said. “Not just with the fans, with the staff, with everybody I feel like this is my house and I’m just so appreciative for that.”