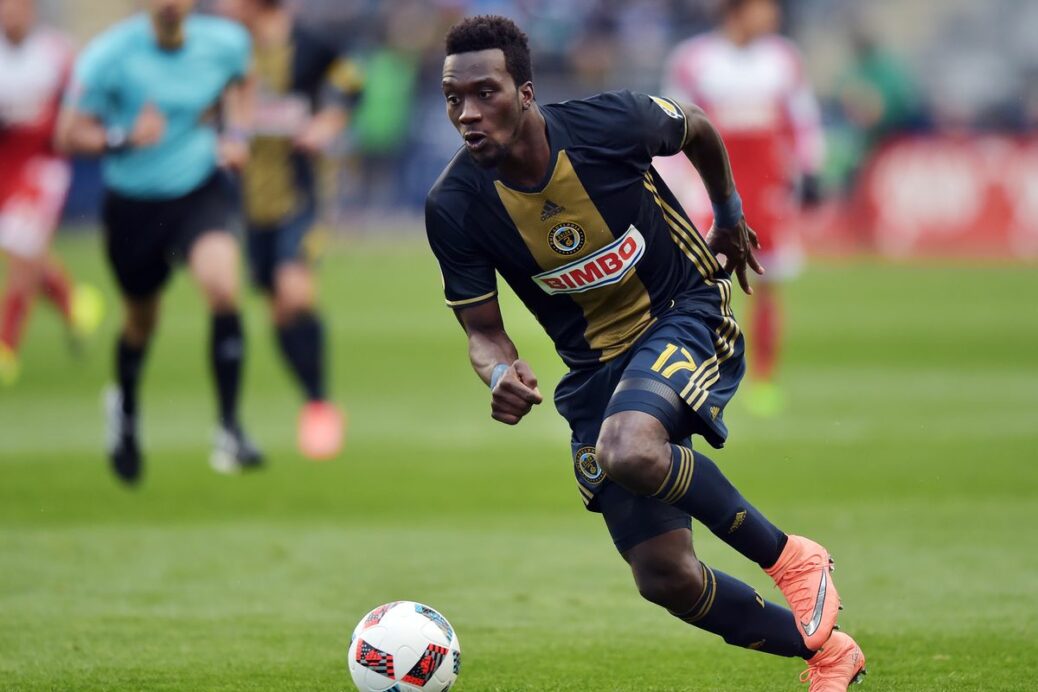 The Chicago Fire added a veteran forward to their offensive front for 2019.

Chicago announced on Saturday they’ve acquired C.J. Sapong from the Philadelphia Union for up to $450,000 in combined General Allocation Money and Targeted Allocation Money over 2019 and 2020.

“CJ brings a different skill set to our attacking options,” Chicago Fire Soccer Club President and General Manager Nelson Rodriguez said. “We can now be more varied in how we attack.”

Sapong spent 2015-18 with the Union, scoring 36 goals and adding 14 assists in 123 appearances. A former 10th overall selection by Sporting KC in the 2011 MLS SuperDraft, Sapong has totaled 56 combined goals in over 220 league appearances.

Sapong joins Nemanja Nikolic and Aleksandar Katai in the Fire’s offensive setup. Chicago is hoping to rebound after a 10th place finish in the Eastern Conference last season.

“CJ is a player who adds athleticism and a high work rate on both sides of the ball,” Chicago Fire Soccer Club Head Coach Veljko Paunovic said. “We also believe that he will increase our scoring capabilities. We’re looking forward to working with him this season.”