Kemar Lawrence will not start in the Red Bulls’ CCL opener 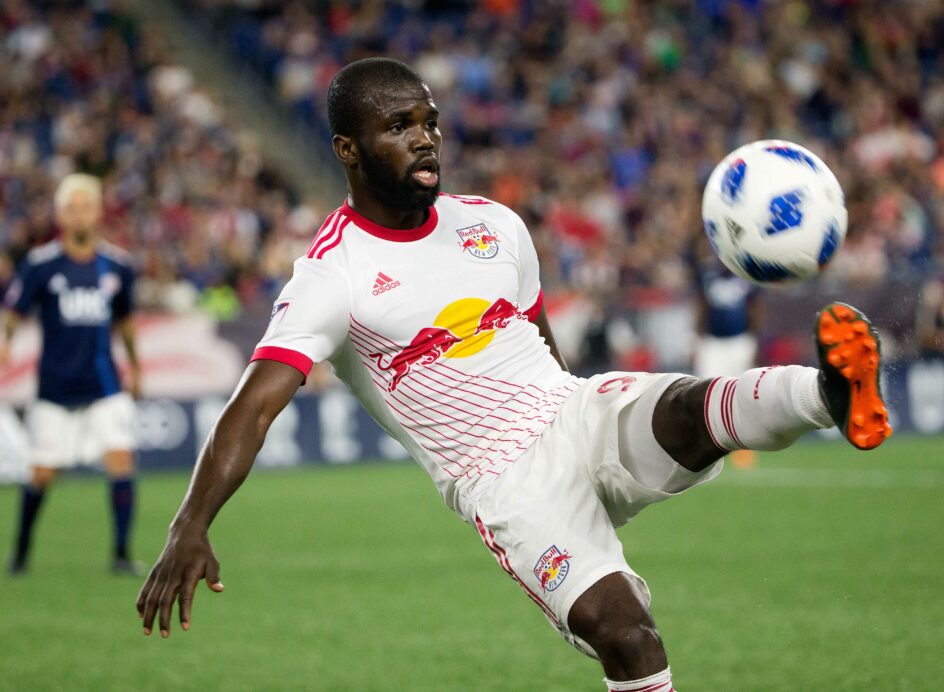 The New York Red Bulls will step onto the field for a competitive game for the first time in 2019 on Wednesday, but they will do so without one of their returning lineup regulars.

Red Bulls head coach Chris Armas revealed on Tuesday afternoon that left back Kemar Lawrence will not be in the starting XI when the Red Bulls take on Atletico Pantoja in the Concacaf Champions League opener. Lawrence is fully recovered from the knee injury he suffered late last year and has been in training with the MLS side for a couple weeks, but will be a substitute at the start of Wednesday night’s match in the Dominican Republic.

“The injury is of the past,” said Armas. “He is strong, he is healthy, he is tackling. Kemar is back. We are just managing workloads and bringing him along the right way from a fitness standpoint and then thinking about the big picture that we don’t want too push him too fast into 90 minutes.

“Tomorrow, he’ll be used off the bench and ready to go because he’ll be getting some starts in the very near future. The field has nothing to do with the decision.”

Armas also revealed exactly what forced Lawrence to miss both legs of the Eastern Conference Finals series vs. Atlanta United in November. The Red Bulls never disclosed what the injury was at the time of the playoff series, but Armas said Tuesday it was an MCL injury.

“Often times it’s a typical 8-10 weeks (timetable for recovery),” said Armas. “Nothing can disrupt that, nothing can speed it up. It just needs time. That has come together nicely, but it did not require any surgery. It just needed time to strengthen.”

The second-year manager did not say who would start in the Jamaican defender’s place, but versatile veteran Connor Lade seems the likely choice. Lade filled in for Lawrence in both of the playoff matches against Atlanta United in November, though there was a notable drop-off in the attacking end that drew criticism from plenty of fans and pundits.