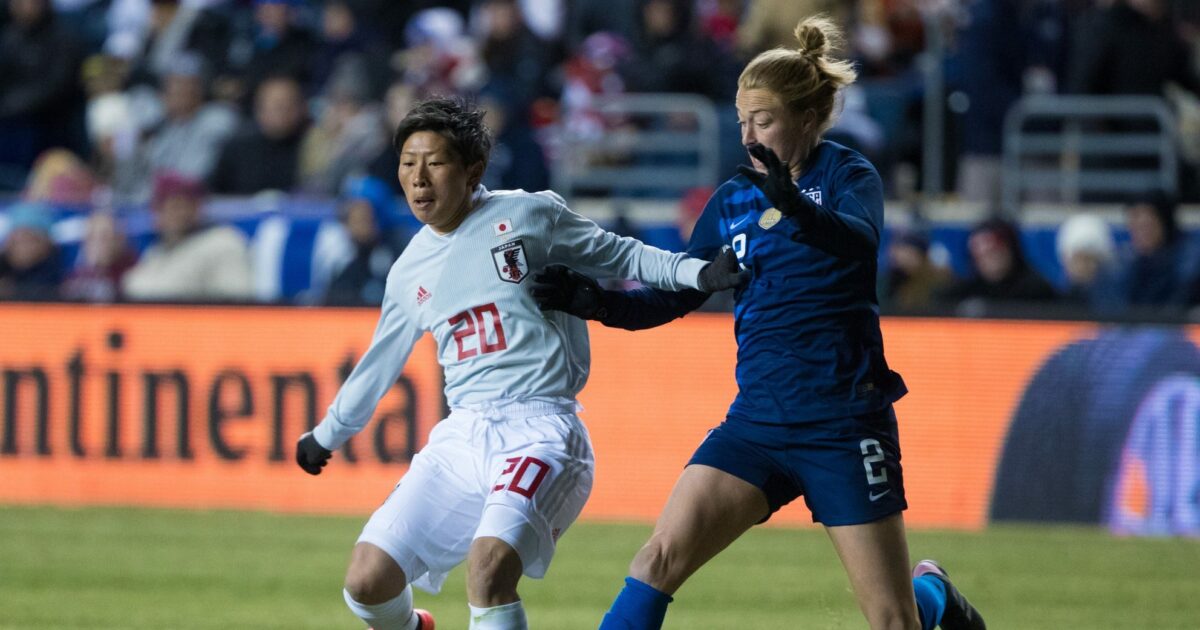 CHESTER, Pa. — The U.S. Women’s National Team is known for their attacking style of play. Not only do the forwards play a big part in that, but also their attacking midfielders, and wingbacks.

In one phase of Wednesday’s 2-2 draw against Japan in their She Believes Cup opener, that helped as Tobin Heath and Christen Press both set up goals by taking on defenders and getting good service into the box. On the other hand, the aggressiveness bit the USWNT in the behind as Japan hit back twice and got a point against the eventual World Cup favorites.

“We have to be more focused for sure, that is one thing I hope we take out of tonight,” Megan Rapinoe said. “Obviously when you have to play the biggest teams in the biggest moments, one counter-attack or one moment can flip the match not in your favor.”

“We put ourselves in a bad situation by being too aggressive at times and I think we have to clean that up as well. When we have a lead we have to be more conservative and not take too many risks. If we have a game in hand then we can’t be leaving ourselves exposed at the back and that’s what happened tonight.”

A defensive error by defender Tierna Davidson allowed Japan to score their first goal before a missed tackle in the open field by Julie Ertz sprung a Japan counter attack allowing the visitors to slot home for a second time. It wasn’t the best defensive performance by the USWNT who also saw Japan rattle the crossbar in the opening 45 minutes.

Errors will happen as that is part of the sport, but for this team to go all the way this summer then those errors will need to be fixed. Playing teams like Japan, Brazil, and England, who all will be joining the USWNT in France at the World Cup this summer is a huge stepping stone to work the kinks out now to avoid any slip ups come summer time.

“First and foremost we want to be solid defensively, no matter what I don’t think we can compromise that,” Rapinoe said. “When you get to the World Cup you probably play more defense than you do offense. We’re trying some new players in midfield, we have Crystal [Dunn] at an outside back for the last six months or so. We have a lot to lockdown defensively.”

Two bright spots for the USWNT was the play of Tobin Heath on the right wing, and the immediate impact made by Christen Press off the bench. Heath’s dazzling first-half run set up Rapinoe for the opening goal, while Press assisted on Alex Morgan’s 99th career USWNT goal a minute after being subbed on.

With matches remaining against England and Brazil in the next six days, rotation in the squad will be key to keep everybody fresh but to also give some other players a crack at minutes. Ellis will have some things to consider after this draw but also who is her best lineup going forward that can not only score goals, but keep the opponent off the scoreboard.

“These matches may be part of a friendly tournament but they are important lessons to where we want to be,” Heath said. “It was good to get a draw but ultimately we’re disappointed that we let Japan get a late goal to tie it up. Credit to them for not giving up and luckily for us we have two more chances now to bounce back and win some matches.”