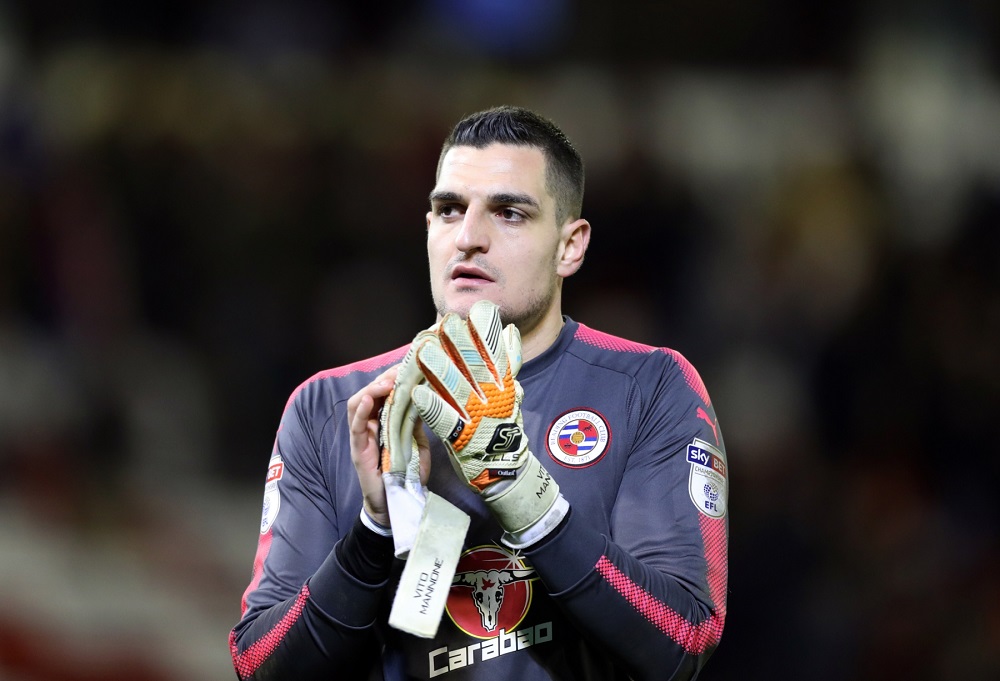 Minnesota United are close to adding a former Premier League goalkeeper on-loan for 2019.

According to the Athletic, the Loons are nearing completion of acquiring Vito Mannone on a season-long loan. Mannone currently with EFL Championship side Reading has fallen out of favor with the second-tier side and would bring valuable experience to the Western Conference club.

I can confirm that #MNUFC is set to bring in Vito Mannone. It'll be a one year loan with the goalkeeper's salary in the low-TAM range, per sources. https://t.co/s1xl9ynwrU

The 30-year-old Italian began his professional career with Arsenal in 2006 but only made 15 appearances over his seven years at the club. After respective loans at Hull City between 2010-12, Mannone joined Sunderland where he made 67 appearances in his four seasons at the Stadium of Light.

The Philadelphia Union added a young but promising defender to their talented backline.

The club announced they’ve signed 21-year-old left back Kai Wagner for an undisclosed transfer fee. Wagner joins from Wurzburger Kickers of the German third division and will occupy an international roster spot.

“We are delighted to complete Kai’s signing as he is an up-and-coming and very physical left fullback with high ability and even further potential,” Union Sporting Director Ernst Tanner said. “Kai has joined us in Clearwater and we look forward to introducing him to his new teammates and integrating him as quickly as possible.”

2017-18 marked Wagner’s first full season with Wurzburger where he made 27 league appearances. In 13 appearances this season, Wagner recorded two assists.

Dom Dwyer will miss the next one-to-two weeks with a quadriceps injury. Lions head coach James O’Connor revealed the news to media on Tuesday, a day prior to the club’s second preseason match.

“The only one [injured] is Dom, he’s got some kind of niggle there, so I’d say probably 7-14 days he’s going to be out,” O’Connor said. “Other than that, everyone is pretty much okay. A lot of aches and pains, but I’d expect that. He’s got something in his quad, but we’re not overly concerned with that.”

Dwyer led the team with 13 goals in 26 matches last season, his first double-digit goalscoring season since 2016.

The Lions open the 2019 regular season on March 2nd at home against NYCFC.

RJ Allen will be seeking a new club ahead of the start of the MLS regular season.

Orlando City announced on Wednesday they’ve waived Allen after spending one season with the club. Allen, 28, was acquired in December 2017 from NYCFC. The defender made 18 appearances in 2018 for the Lions, starting in 10 of those.

With Allen’s exit, Lamine Sane, Shane O’Neill and Joao Moutinho will lead the Lions backline in 2019.