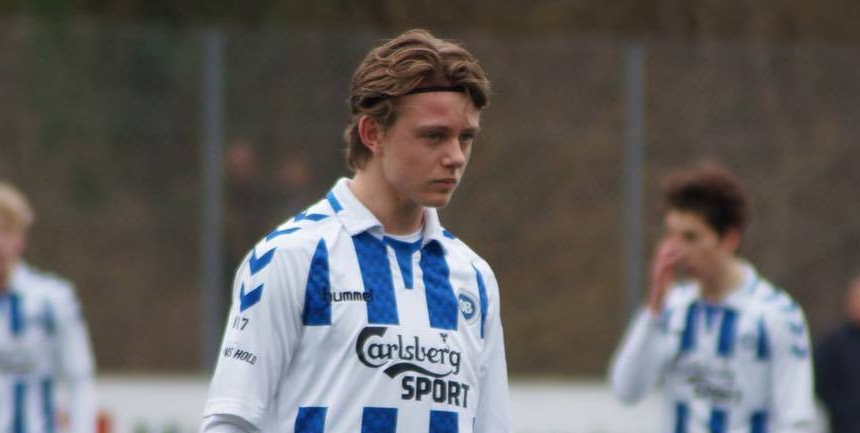 Mathias Jorgensen finally has his move to the New York Red Bulls.

Jorgensen has joined the club officially on Tuesday, ending lengthy rumors regarding his move to New York. Jorgensen joins from Odense Boldklub via Targeted Allocation Money and has signed a multi-year deal with the club.

“We are pleased to welcome Mathias to our club,” Red Bulls Sporting Director Denis Hamlett said. “He is a talented young player who fits into our philosophy and playing style. Throughout the scouting, interviewing, and signing process we became more and more confident in Mathias’ character, his first-team attitude, and his competitive drive. His decision to join our club as a young European player speaks volumes about the New York Red Bulls and Major League Soccer.”

The 18-year-old Jorgensen made 18 appearances for Odense in all competitions, since making his professional debut at 17. He scored three goals in 572 minutes of action and has also appeared a total of five times for Denmark’s U-18 and U-19 National Teams.

A few days after being waived by defending MLS Cup champs Atlanta United, Chris McCann has himself a new home.

According to the Washington Post, D.C. United has claimed the Republic of Ireland defender off waivers. McCann will reportedly join D.C. at their preseason camp in Florida on Wednesday.

McCann brought versatility to the Five Stripes in his time there, playing in midfield while also seeing time at left back and centerback. In 45 matches for Atlanta, McCann registered one goal. Prior to his move to MLS, McCann totaled 320 combined appearances between stints at Burnley and Wigan Athletic.

2018 saw McCann make 21 starts and help the Five Stripes to a league title in their second MLS season.

The Montreal Impact added a Serie A forward on-loan for the 2019 MLS season.

The club announced on Tuesday they’ve acquired Orji Okwonkwo from Serie A side Bologna. Okwonkwo, 21, has scored three goals in 27 Serie A games with Bologna over the last three seasons. He joined Bologna in 2016 from Nigerian club FC Abuja.

“I’m satisfied in welcoming another striker to the team,” Impact head coach Remi Garde said. “Orji Okwonkwo is a young player scouted by Bologna three years ago who will help reinforce the team offensively. He’s a strong and quick forward who has an interesting margin of profession. I would like to welcome him to the team.”

Okwonkwo featured in the 2015 FIFA U-17 World Cup with Nigeria, making five appearances and scoring in a semifinal win over Mexico.

Nashville SC’s technical staff is continuing to take shape ahead of their debut season in MLS.

The club announced on Tuesday they’ve hired Chance Myers as Chief Scout and Ally Mackay as Assistant General Manager. Myers, a former No. 1 overall selection in the 2008 MLS SuperDraft, totaled 158 appearances as a player and lifted three trophies.

“I’m grateful to Mike, [CEO] Ian Ayre, and [majority owner] John Ingram for the opportunity to help build an MLS club from the ground up in this incredible city,” Myers said. I look forward to working with this collaborative team to bring something special to the people of Nashville.”

Mackay has been a player agent for Stellar Group for the last five years. Stellar represents over 200 soccer players worldwide and will be able to utilize his connections with Nashville GM Mike Jacobs in the coming future.

“I would like to thank Mike Jacobs, Ian Ayre, and John Ingram for this unique and exciting challenge in building an MLS team in Nashville,” Mackay said. “To bring an expansion team to a city with so much culture, and to be able to add that existing culture, was an opportunity too good to turn down. I am eager to get going and bring a high quality product to Music City and its fans.”

Nashville SC kicks off its final season in USL on March 9th against Loudoun United.

After five seasons with the Seattle Sounders, Aaron Kovar is calling it a career.

The former Homegrown Player announced his retirement via social media, after playing in 43 matches for Seattle since Jan. 2014. Kovar, 25, was one of the first professional players to come out of the Sounders Academy where he appeared from 2010-12.

A former player at Stanford University, Kovar was a member of the Sounders squads that lifted the 2014 U.S. Open Cup and Supporters Shield, and the 2016 MLS Cup. His lone goal with the club came in May 2016 against the New England Revolution.

2018 saw Kovar join LAFC on-loan from the Sounders, where he made 11 appearances. His contract was not renewed with Seattle after it expired in November.