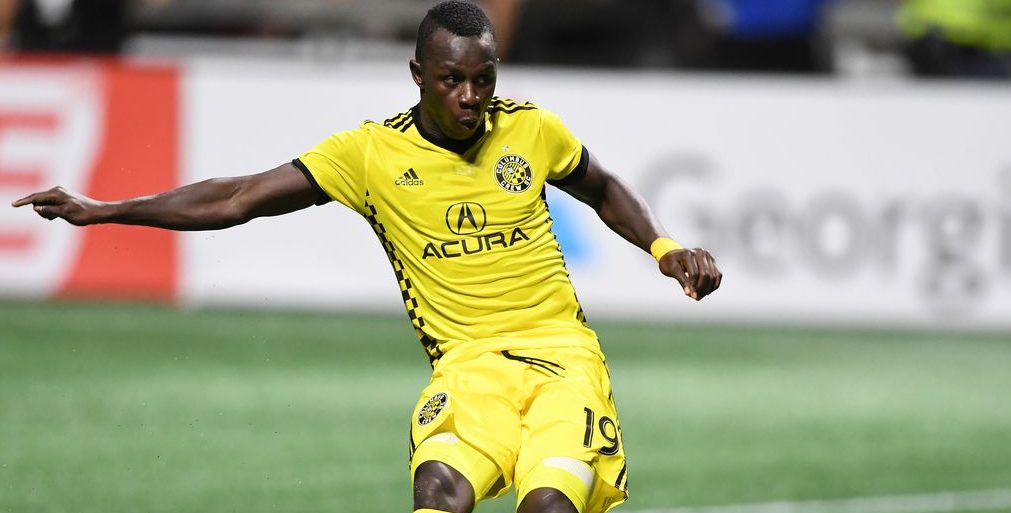 According to The Athletic, Manneh is due to sign with expansion side FC Cincinnati after completing a physical on Monday. FCC has agreed to a trade with the Crew for Manneh’s MLS rights, according to the report.

The 24-year-old currently plays for Swiss outfit FC St. Gallen, but it is undetermined whether or not Cincinnati will pay a transfer fee. During his time with Switzerland, Manneh made only seven appearances for the club while registering one assist.

Columbus maintained Manneh’s MLS rights after agreeing to a deal with the winger following the 2017 season. In his lone season with the Crew, Manneh scored four goals and added three assists in 24 matches.

Manneh’s longest spell came with the Vancouver Whitecaps from 2013-17 where he scored 22 goals in 101 appearances with the team.

Born in Gambia, Manneh was called into the USMNT’s camp last March but has yet to win a cap.