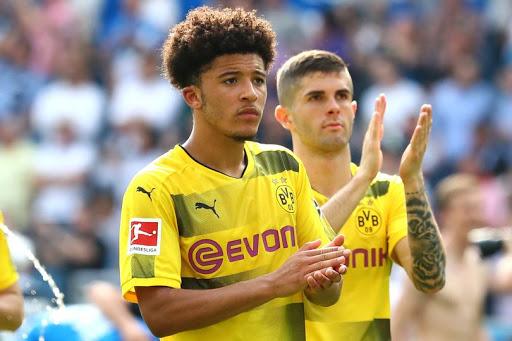 Christian Pulisic’s success and development at Borussia Dortmund helped an up and coming England winger make his decision to join the club this past year.

18-year-old Jadon Sancho moved to Dortmund from Manchester City and credits Pulisic for being an influential part of his decision.

“The club had shown with a player like Christian Pulisic that they were going in the right way, playing youngsters and giving them a chance,” Sancho said. “He came from the same situation as me, leaving his family behind.

“He was so young, and he was brave enough. America is a lot further away than England and he’s taken a bigger step than I have done. How he’s handled that, what he does on the pitch, his mentality [towards] football, it’s just crazy. The passion he has. I admire him.”

Sancho’s early success at Dortmund has even forced Pulisic out of Lucien Favre’s squad at points this season. He has scored six goals and added nine assists so far this season, which has helped Dortmund to a current first-place spot in the Bundesliga table.

The youngster even earned his first international call-up with England last year, facing off against Pulisic in a 3-0 friendly win against the USMNT in November.

Pulisic joined Dortmund as a 16-year-old back in 2016, while Sancho was a year older when he was acquired by the German giants. His rise at Dortmund saw several Premier League sides interested in his services, with Chelsea outbidding Arsenal and Liverpool.

Pulisic’s recent $64 million move to EPL outfit Chelsea means in a few months he will departing the club that has put his name on the map. However, even with the 20-year-old departing Germany in May, Sancho credits Pulisic as a role model during his early days at Signal Iduna Park.

“He’s an outstanding player, I really do look up to him,” Sancho said. “Him going away from home shows that you have to do things to get out of your comfort zone, sometimes.

I feel it’s worked for him and it’s working for me now, because we’re both staying focused and keep training hard.”