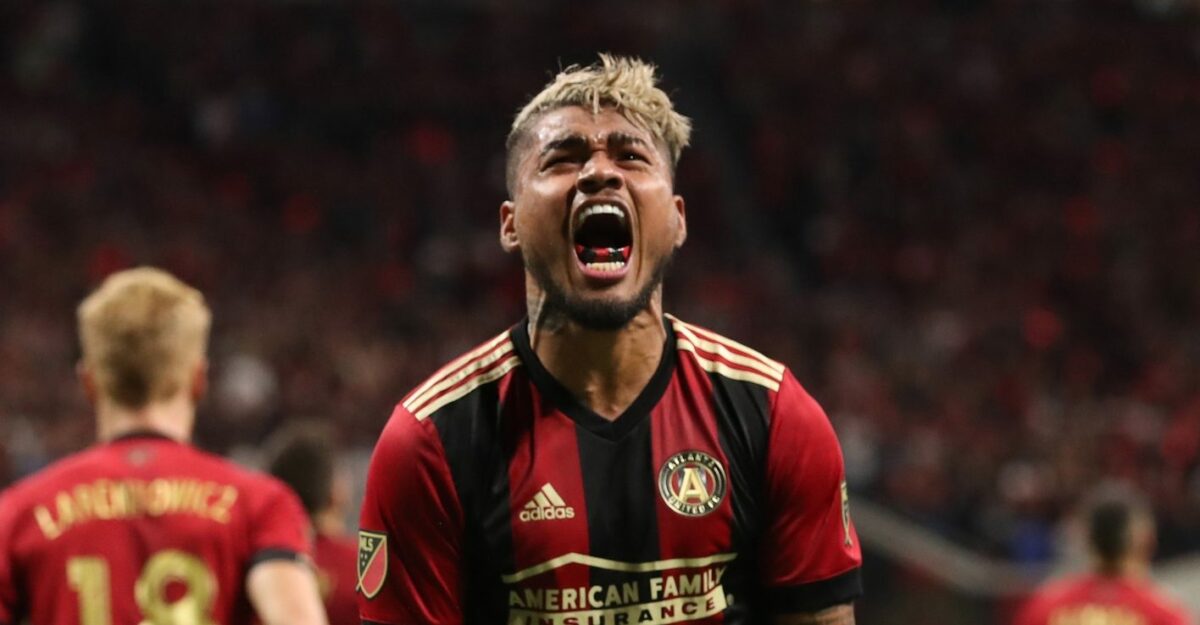 Atlanta United has achieved more than anyone expected in its first two years as a franchise.

With the 2018 MLS Cup locked in the trophy case, the Five Stripes embark on the 2019 season with a new manager, new midfield playmaker and loftier goals with their Concacaf Champions League campaign beginning Thursday in Costa Rica.

With all of the success from the first two seasons of the franchise comes a bigger target on the club’s back, and it’s one the players are more than aware of.

“It’s definitely been a big talking point for us,” Atlanta United midfielder Julian Gressel told SBI. “We really have to week in and week out be at our best. We can’t really take days of training off. We have to be fully prepared for when the games come.”

In addition to their repeat attempt at MLS Cup, the Five Stripes are in search of continental glory, but very few players on their roster have waded into the murky waters of Concacaf play.

With that in mind, players like Gressel have done research on their own to prepare for Thursday’s trip to Herediano and whatever else may come their way in the coming months.

“I’ve done some research on my own to get a feel for the stadium, the team we’re playing and just ask all the guys that have played in those environments so we’re not really surprised,” Gressel said.

With Gonzalo ‘Pity’ Martinez replacing Miguel Almiron, who was sold for a league record fee to Newcastle United, and joining Josef Martinez in the high-powered Atlanta attack, expectations are higher than they were a year ago for MLS’ most ambitious club. 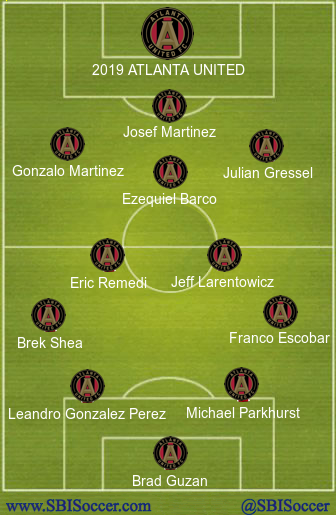 The Five Stripes had Gonzalo Martinez lined up as their replacement for Almiron for quite some time, and the 25-year-old is expected to have the same impact on the field as his Paraguayan predecessor.

The 2018 South American Player of the Year will be tasked with linking up with Golden Boot winner and MLS MVP Josef Martinez, Ezequiel Barco and others to put opposing defenses under pressure from the start.

If the new signing is able to replicate Almiron’s high level of production, the Five Stripes won’t skip a beat in 2019.

After a tumultuous first season in Atlanta in which he didn’t make a huge impact, Barco must step up and become the playmaker the club needs him to be,

Barco won’t have the pressure of being the primary star in attack, but he must up his production in order to keep opposing defenses off balance and open up space for Martinez and Martinez.

If he puts up similar numbers to the four goals and three assists in 19 games from a year ago, Barco will start to hear the whispers of being of Atlanta’s first major bust in the transfer market.

Atlanta’s goals are as high as they’ve ever been, even with its first MLS Cup secured in December.

Capturing the Supporters’ Shield, MLS Cup and the Concacaf Champions League are the goals for the Five Stripes, and they’re hoping to learn from what went wrong at Toronto FC a year ago to avoid any slip-ups along the way.

“In that way, we were actually pretty rested coming back,” Gressel said. “The preseason’s been pretty good. It’s a judgmental thing with how much we have to do physically and our head of performance is keeping a close eye on that, especially knowing what happened to Toronto when they had a really long season and then had a lot of injuries going into the season and struggled a bit.”

The biggest difference from the Atlanta sides we’ve seen the past two years will be how the team builds up its attack under new manager Frank de Boer, who has been focusing on the defensive principles in preseason.

“With Tata, it was more exploiting a team and going out on attack and be on the front foot all the time,” Gressel said. “With Frank, it’s more of a European style I want to say with being a bit more conservative. He hasn’t really changed too much in terms of how we want to play or what we want to do offensively. The big focal point has been to get the team defending and our shape and structure on the field.”

With the majority of the players from last season’s title run back for another year, the Five Stripes should be able to hit the ground running, but there are two key areas to watch.

The first comes with Pity Martinez in attack and how quickly he can adapt to the style of play and the intricacies in his teammates’ games.

The second is more pressing at left back with Greg Garza shipped off to FC Cincinnati.

Eventually, the left back position will belong to 17-year-old George Bello, but in the meantime Brek Shea is hoping to provide a veteran presence to the side, especially at the start of the CCL.

The Five Stripes should be in good shape entering the CCL, and as long as they avoid the injury bug unlike TFC a year ago, they should be in position to contend for multiple trophies once again.