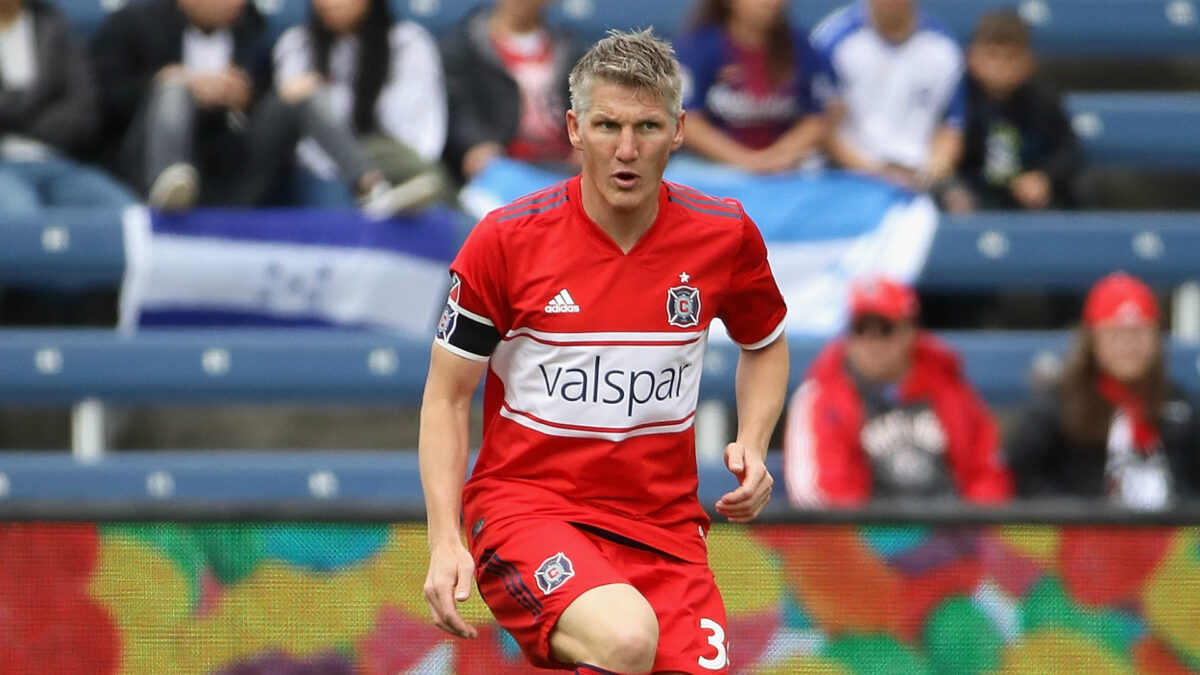 The Chicago Fire are aiming to return to the MLS playoffs after a disappointing 2018 campaign in which they finished 10th in the Eastern Conference.

Veljko Paunovic and his staff added a few key pieces to the squad, with two major additions coming from abroad and another through an in-league trade, to add to the core of players headlined by Bastian Schweinsteiger.

Schweinsteiger’s decision to return to the Fire for another season will have an impact on and off the field for the Fire, as they look to put the 2018 season in the rear-view mirror.

“From the beginning, we said once we captured him a few years ago, it was important, as long as he wanted to stay, to keep him in our team, in our environment, in our club, in our city,” Paunovic told SBI. “I think that he brings a huge talent and quality on the field, but also off the field, he’s a reference and somebody that not only our current players, but people around the world, want to look at and compare and follow his leadership and example.”

If all goes well for the Fire in 2019, they’ll be able to reach their goal of returning to the postseason. 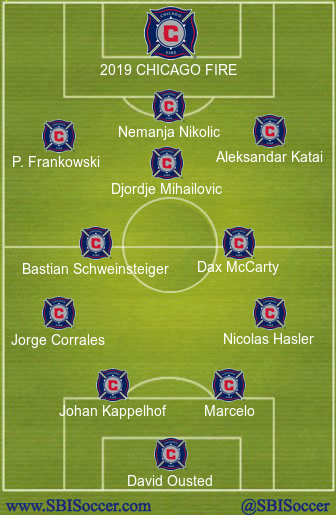 Paunovic is excited about the impact the 23-year-old Frankowski will have on his side’s attack.

The Polish winger is fearless moving forward and is able to play on both sides of midfield.

“Frankowski is very young, very eager to play and compete,” Paunovic said. “He’s very quick, pacy, very good on the ball. He gives a hard time to the defenders to figure out against him. He likes to take on the man and plays 1v1 very good.”

“He can play both flanks, which is something that is important for us,” Paunovic said. “He fits fantastic with the way we want to play and I think everyone on the team soccer-wise fell in love with him from the first moment he arrived with the team. He’s doing very well. He’s going to bring us something we didn’t have in the past.”

The midfielder will be under the microscope from his first game with the Fire since he was brought in on a deal that used targeted allocation money.

Pressure Is On: C.J. Sapong

The Fire’s most recent acquisition will be under pressure to provide the club with scoring depth behind Nikolic.

Sapong, who is coming off a four-goal season with Philadelphia, will be asked to take some of the scoring pressure off Nikolic, whether it be as a starter alongside the two-time double-digit scorer in MLS, or in relief off the bench.

If the Fire are able to have a well-rounded scoring attack that doesn’t just rely on Nikolic, they have a better chance to open up opposing defenses, which is something they struggled with a year ago.

The Fire have some solid pieces in place across the field, but it all has to come together for the club to achieve regular-season success.

Marcelo is expected to reinforce the back line, which gave up 61 goals in 34 games a year ago.

“Marcelo is very experienced, very focused, solid defender,” Paunovic said. “He crafted his abilities, his skills very well in the past playing in Portugal for a long time against the best players in the world. He’s starting to feel very comfortable with the team, with the style of play. He’s learning his teammates, and as we play more games and have more opportunities for him to get to know the other guys, he’s started to learn how he can fit and how he can use their qualities to perform well.”

In front of Marcelo will be McCarty and Schweinsteiger, whose position on the field received some scrutiny a year ago.

“I think the people are giving too much importance to that,” Paunovic said. “Given our situation last year and what he brought to our team, I don’t think the people should be worried about that. I think it’s going to be very important that we make the decisions that we are all on the same page, which we were in this case, and that helps the team.”

In addition to having Nikolic, Sapong and Aleksandar Katai up top, the Fire have Djordje Mihailovic, who impressed at the U.S. Men’s National Team January camp, back at 100 percent.

“We know very well how good Djordje is,” Paunovic said. “We’ve worked with him, we discovered him in our academy when he was 17 and he spent one year with the first team just learning in training until we signed. We know all the potential he has, but we also know that a player like him needs to have the right guidance and we can’t put too much of a burden on his shoulders.”

If the Fire can put together some scoring defense and shine defensively with a new-look back line, they’ll be able to achieve the goal of returning to the postseason.

“Our goal is definitely reaching the playoffs, but we have to have some values on a daily basis,” Paunovic said. “We have to excel the best we can in every given day.”

“It’s the discipline, it’s the commitment, it’s the creativity, good organization in all facets of the sport on and off the field and urgency,” Paunovic said. “And with that, we have to wrap up everything with humility. We have to be humility in our approach. We have to humble in what the expectations are and where we are right now.”