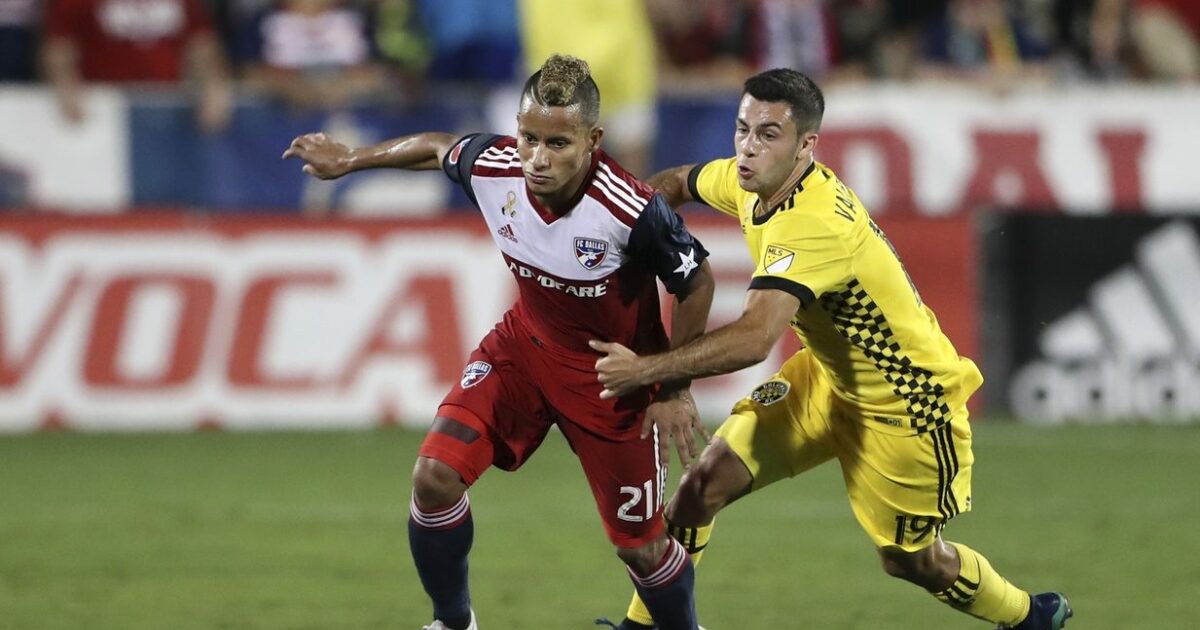 FC Dallas has been known for its excellent youth academy for quite some time, and that reputation will be put to the test in 2019. Thanks to some changes within the organization, homegrown talent will be at the forefront this year and the quality of their academy graduates will determine how much success they have this coming season.

The biggest change is the new first team head coach. Gone is Oscar Pareja and his four playoff appearances in five years and in is Luchi Gonzalez. Gonzalez had been the club’s academy director since 2012, and was is directly responsible for developing the team’s many homegrown playerss. Several of those players will look to make an impact in 2019, which plays well into what Dallas will work with this year.

Thanks to his familiarity with the club and the players he’s developed, Gonzalez shouldn’t introduce any massive stylistic changes. The team will still play a possession based game that uses strong wide play to formulate attacks. They will be effective on the counter attack as well thanks to their speed along the wings.

But the team will still rely a lot on young players and newcomers. The way is clear for the fresh faces to make an impact thanks to many important players from previous seasons leaving the team for one reason or another.

They let their two leading goal scorers from 2018 go over the winter. Roland Lamah saw his option declined after scoring eight times last season while adding six assists to that record. His co-leader at the top of the scoring leaderboard was Maxi Urruti, who was traded away to the Montreal Impact on the first day of the offseason. The Argentinian forward was also the team leader in assists.

With such a wealth of production on the way out, it was important for Dallas to add some high level talent in the offseason. That’s where new Designated Player Bryan Acosta comes in. The 25-year-old Honduran midfielder was brought in to provide a versatile attacking threat in the midfield. He arrives from Spanish second division side Tenerife, where he scored fives times and provided six assists in 47 games. He was part of the Honduras World Cup Qualification squad that lost in an intercontinental playoff against Australia.

Acosta is the centerpiece of the offseason moves, but the club also made some depth moves. Brazilian defender Bressan and Czech forward Zdenek Ondrasek both add some experience to the bench and will play some valuable minutes as the season progresses.

Even with the experienced additions, FC Dallas will still rely on young players like Paxton Pomykal, who is set to play an important role for the team in attacking midfield. The 19-year-old made only five MLS appearances last year, but he showed promise and Gonzalez has trusted him in several preseason games so far.

Edwin Cerillo, who just signed his pro deal on Valentines Day, is the latest academy product to make the jump to the pros. He’s already made several appearances in preseason but he’s probably not ready for full-time action at the MLS level. Expect him to play for North Texas SC, the new FC Dallas affiliate in USL League One, with a couple of bench appearances with the first team when injuries or other circumstances pop up.

Between the addition of Acosta, the next crop of young players coming of age, and a new head coach that is making a seamless transition into the first team. FC Dallas is ready to maintain their place as one of the consistent contenders in the Western Conference.

Here’s a closer look at FC Dallas heading into 2019: 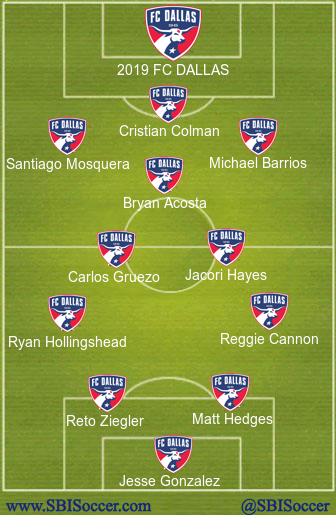 The Honduran central midfielder was the prize of the offseason for FC Dallas. As a new designated player, he’s a true box-to-box midfielder that can make plays from anywhere on the pitch. In 15 starts with Tenerife this season he played as a number ten, a central midfielder, a wide midfielder, and an attacking wing. He’s the wide-ranging talent that can fill in the gap left by the Kellyn Acosta trade last summer.

Entering his third season with the club, Cristian Colman needs this to be the year he justifies his young designated player status. He’s yet to emerge as anything more than a substitute option so far, but he’s in line to start up front when he returns from his knee injury and needs to show he’s up to the task.

Colman will have the chances to prove himself as he will be tasked with partially replacing last year’s leading goal scorers. A strong season from him could turn FC Dallas into a Western Conference contenders. However, a weak showing could result in him riding the bench else Dallas miss out on the playoffs.

The main challenge for FC Dallas will be replacing all the goals lost when they decline Roland Lamah’s option and traded Maxi Urruti to Montreal. Thankfully, they’ve added the versatile playmaking ability of Acosta and there are young attacking players ready for a breakout.

Between the aforementioned Colman and young attacking midfielder Pomykal, Dallas has the pieces to replace Lamah and Urruti, but they still need to prove themselves.

There are also established veterans that will need to take on a larger role with the side. Michael Barrios has to be a focal point in the attack. Reggie Cannon has to continue his development as a future star at right back. Ryan Hollingshead is probably going to be thrust back into the thick of the lineup thanks to weaknesses in the back line. All of them, and more, will need to integrate the newcomers as quickly as possible.

Thankfully, they shouldn’t have to adjust to a new playing style like most teams do when a new head coach shows up. Luchi Gonzalez developed players for Oscar Pareja’s system for his entire tenure with the club. He knows most of the youth players and shouldn’t be introducing any sweeping tactical changes. He already has the respect of many players, especially the ones who came through the academy, and shouldn’t have to worry about alienating any established veterans.

All this points to what could be a strong season for FC Dallas. They finished fourth in the tight Western Conference last year and should be able to get back to that point, if not higher, without much trouble.