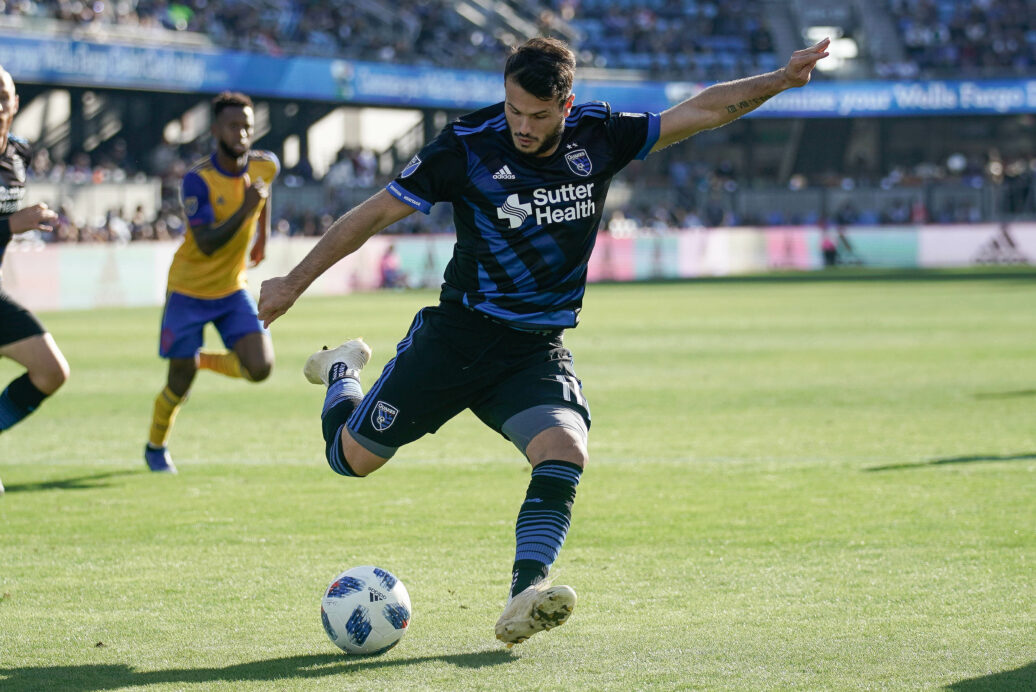 To call the San Jose Earthquakes’ 2018 campaign “a disappointment” would be an understatement. To say they were in Major League Soccer’s basement last year would be too kind.

The San Jose Earthquakes were the worst team in MLS last season. As the losses piled, the locker room unraveled, and Mikael Stahre was fired before he could finish his first full season in MLS.

“We weren’t a team last year,” defender Florian Jungwirth said during the club’s media day last month. “I mean, we tried, but there were too many problems.”

“We didn’t work well together, we got frustrated, we frankly just kind of gave up on each other at points during games,” midfielder Shea Salinas added then. “Last year, when we got scored on or when something didn’t go our way, there was almost like this huge momentum shift. We could just feel kind of deflated on the field.”

However, 2019 has brought a brand new beginning to San Jose and the Earthquakes are looking to live up toward their motto: “Forward As One.”

With a new head coach, a new culture and several new signings, the 2019 San Jose Earthquakes will be the definition of “New Year, New Me.” 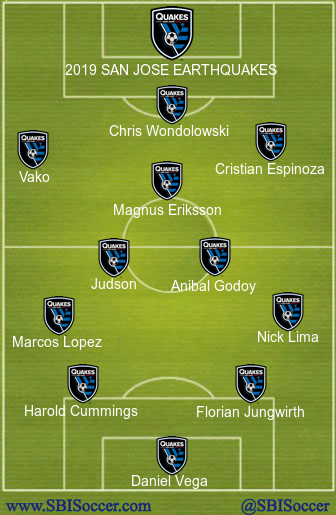 It’s been a long time since the San Jose Earthquakes had a top-notch, No. 1 goalkeeper. Daniel Vega experience and success give them someone reliable between the posts for the first time in a very long while.

Vega already has a strong connection with Almeyda, playing with, and then for him at River Plate.

In 2017, he earned the NASL’s Golden Glove award with Miami FC, going 21-5-6, allowing a league-low 28 goals in 32 appearances. Last year, he recorded 33 saves in 10 appearances with the USL’s Tampa Bay Rowdies after signing with them midseason.

The Quakes have to hope that Vega’s experience can help groom their young Homegrown goalkeeper JT Marcinkowski for the near future.

The Pressure Is On: Harold Cummings, Florian Jungwirth

San Jose’s attack wasn’t an ssue last season – they scored the most goals in a season since their 2012 Supporter’s Shield campaign. The defensive play was.

Guram Kashia’s midseason arrival helped stabilize an already defeated backline and he should get majority of the starts in 2019.

Cummings and Jungwirth’s spots are the big question marks. Whomever of the two start alongside Kashia will have to step their game up in 2019 before Almeyda starts to shop around for their replacement in the summer.

The bar for San Jose is incredibly low. For starters, the Earthquakes are an afterthought in Bay Area sports. Winning again, like the first MLS iteration of the San Jose Earthquakes did, could change that. But there’s no way this team, with a major head coach in Almeyda and young, new, explosive talent can win less than four matches – at least, that’s the hope and prayer.

The low bar isn’t for five wins. The bar has to be the playoffs. The only direction the Quakes can go is up and with the additional, seventh playoff spot in the Western Conference this year, playoffs are within reach.

They have depth and experience throughout the roster, and most importantly, talented youth. Daniel Vega gives San Jose that quality, veteran No. 1 keeper they’ve been looking for years for – he also played with and for Almeyda at River Plate – Marcos Lopez gives them the left-back they were missing last year, Judson gives them the defensive midfielder they need to help stop, or at least, slow down opposing counters, and Cristian Espinoza should add creativity in the attacking midfield along with Eriksson and Vako.

Chris Wondolowski is two goals away from breaking Landon Donovan’s all-time goalscoring record and he can still find the back of the net, while Danny Hoesen provides needed athleticism up front as well. If San Jose goes with a lone-striker, either of the two could start with the other serving as a big-time spark off of the bench in the final 15 or 20 minutes, giving Almeyda good attacking options for each match. But if one of, or both of them aren’t as productive in the first months of the season, expect Almeyda to make a move for an attacker in the summer transfer window.

Nick Lima should continue to grow even more in his third year. One thing to watch out for is whether or not he’ll start to move the ball up their field centrally, as he showed he can do during January camp with the USMNT. He could be more productive in the attack if Almeyda gives him the green light to come in the central of the park.

The biggest question for the Quakes is at centerback. Can Harold Cummings stay healthy and how consistent can Jungwirth perform? Will Kashia build on his half-season performance from last year? San Jose allowed 71 goals last season, so all three will have to step it up, Or, centerback will also be on Almeyda’s summer transfer shopping list.

San Jose made some of the biggest moves during the offseason, now they just need for it all to work. There will be mistakes and some down points throughout the season, but if they can find themselves in the middle of the West table by the summer transfer window, they can set themselves up to possibly bring in one missing piece like a stronger centerback or a quicker No. 10 that could make them a lock in MLS’ new-look postseason. If they struggle, expect Almeyda to address those struggles immediately in the summer.

But the bar is low and nobody outside of Avaya Stadium truly thinks they can have a strong rebound in 2019. With five of their first seven MLS matches at home, San Jose can set themselves up with solid momentum int he first half of the season if they can get positive results.

It might seem like a lot to ask a team that was considered the worst in MLS for a playoff berth. But bringing in a head coach like Almeyda doesn’t just bring those expectations to San Jose, it magnifies them.

Almeyda is a proven winner. San Jose was once upon a time, but hasn’t been since. The challenge to change that will be a marathon, not a sprint, but the Earthquakes better have their running shoes ready, because this new look requires they have running shoes on.