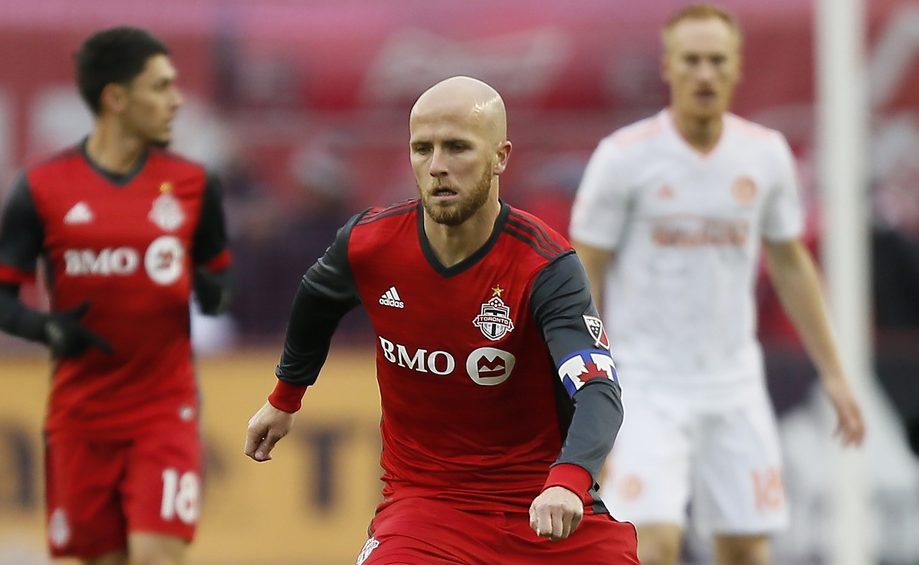 Toronto FC endured one of the biggest dropoff seasons for a defending MLS Cup champion and will look to turn the tide in 2019.

Greg Vanney’s team missed out on the 2018 MLS Cup Playoffs in what proved to be a disappointing campaign for the Eastern Conference club. Despite numerous stars remaining on the roster, the team failed to make an impact in league play and face an even tougher time heading into the upcoming season.

“The games are important for match fitness,” Vanney said about the busy preseason schedule. “From a tactical standpoint, we’re still a little new, trying to achieve some of our objectives with everybody. A lot of important pieces just joined us in the last [week]. We’ve made and are making progress, but now that we have everybody in we’re just trying to get on the same page.”

With Sebastian Giovinco and Victor Vazquez the headlining departures this offseason, TFC will need to call on other players to fill the gap. Jonathan Osorio, Marky Delgado, and Michael Bradley will be leaders in midfield while veteran Jozy Altidore and newest arrival Terrence Boyd are physical options at forward.

Defensively, TFC has talent with Justin Morrow and Laurent Ciman the leaders of the backline. Morrow is seeking a bounce-back season after dealing with injuries for most of 2018, while Ciman arrived from Europe and is a top centerback in MLS. Drew Moor and Chris Mavinga endured injury-hit seasons, but if they can stay healthy in 2019 the TFC defense could be one of the better ones in the league.

Alex Bono will remain in between the posts for TFC, knowing the job is his to lose with Clint Irwin departing for Colorado. The 27-year-old has seen his role increase under Vanney since joining the club in 2016.

Overall, this is a talented roster but with early matches coming in other competitions, it could sway TFC’s attention elsewhere. A strong start in March will be crucial for the Canadian club who aim to get back into Major League Soccer’s spotlight.

“We sense that the first game is coming. We get more and more excited each day, more motivated. It’s normal,” Osorio said. “The offseason seems very long, but it creeps up quick. Everybody can sense that. We will be ready for that first game in Panama.”

Here is a closer look at Toronto FC heading into 2019: 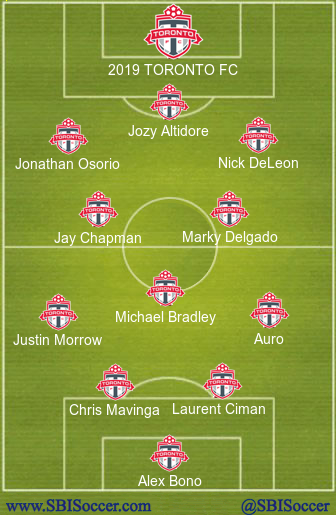 Sebastian Giovinco’s departure has opened a huge hole in the attacking end for TFC. Terrence Boyd’s arrival has given TFC another physical option up top who is eager to make a quick impression in MLS. The 27-year-old’s career is in a standstill after scoring only five goals in 42 appearances for German second-tier club Darmstadt. However, the move to MLS could be a positive one for Boyd who likely will get the nod to start the season due to Jozy Altidore’s fitness.

PRESSURE IS ON: Jozy Altidore

The 29-year-old Altidore is heading into the final year of his current contract at TFC and will need a big showing if he wants to remain with the club, or secure a big contract elsewhere. Injuries played a huge part in Altidore’s season a year ago, as the USMNT striker only made 13 appearances. With Giovinco’s absence and not a lot of proven depth at the forward position, Altidore may be called on a lot more than in the past.

Things will not be easy for Toronto FC early in the season due to its involvement in the Concacaf Champions League.

Vanney’s bunch takes on Panamanian side Independiente in their two-legged Round of 16 tie, kicking off on the road starting Feb. 19th. Another deep run in the CCL could prove taxing to a team still trying to put its roster together.

“The guys are looking forward to playing,” Vanney said. “You can tell now that we’re a week away from starting, you can feel the urgency is up a little more, the intensity is up a little more. Things are ramping up towards getting this thing started. We all feel like this next week, of games and training, are very important towards that progression.”

The positive is that this is a bunch that has the experience to bounce back. Several starters remain and will be leaders on this squad which needs to show more backbone unlike a season ago.

TFC was in the bottom three for both home wins and away wins in the East and will need to change that for success in 2019. On the road, they were a -15 in goal differential compared to a +10 at BMO Field.

Midfielder Jonathan Osorio scored 10 goals in 2018 and will need to be as effective this year with 31 goals off last year’s squad gone. The 26-year-old is one of MLS top midfielders and can provide great versatility in TFC’s formation. Marky Delgado is a hardworking midfielder as well who can give Vanney a spark at other areas if need be.

Michael Bradley endured his share of struggles in 2018, in part because he had to spend a good amount of time last year playing in central defense due to the team’s rash of injuries. With the central defense reinforced, Bradley should be able to focus on his best position, as the team’s defensive midfield anchor.

The biggest question mark will be if TFC can get goals from its attacking front. The search is still on for replacements for Giovinco and Vazquez, and Jozy Altidore is still working to return to full health, which could leave TFC’s attack lacking punch in the early part of the upcoming season.

Defensively, TFC has plenty of experience back in the squad and should be able to keep clean sheets and hold teams. Bono is a top keeper in the league while Ciman, Morrow, and Mavinga will be the leading face of the backline, though veteran Drew Moor is still a factor when healthy. Brazilian right back Auro will be expected to improve off his debut season.

Toronto FC has enough quality to return to the playoffs in 2019, but finding a replacement DP for Giovinco is a must if TFC is going to challenge for another MLS Cup title.