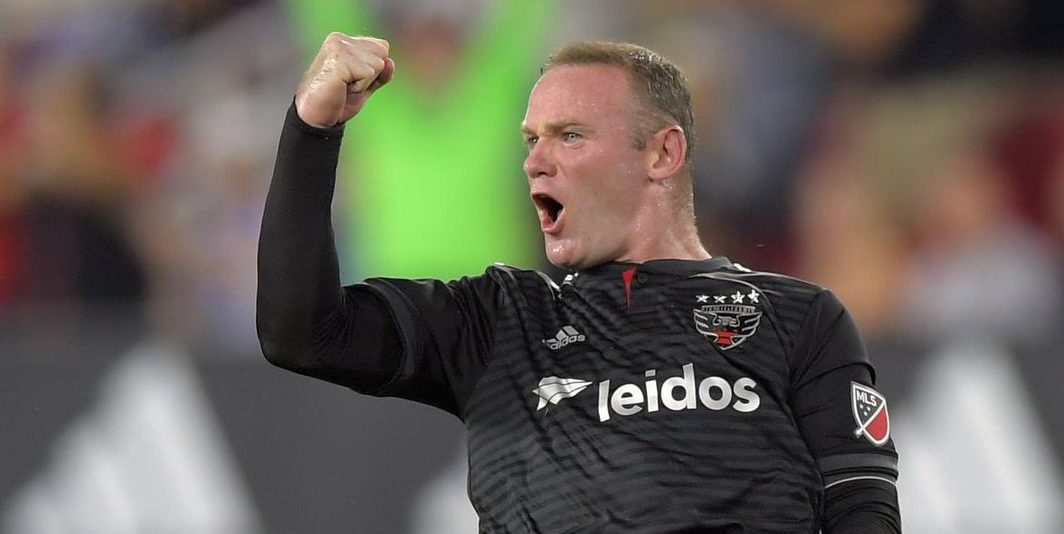 D.C. United fans had plenty to be proud of after a poor start to the 2018 MLS campaign.

The second half of the 2018 season was one not many saw coming. Wayne Rooney’s arrival drew excitement, which was followed by an equal amount of doubters who saw his move as just another European collecting a paycheck.

Rooney quickly changed the mind of those who doubted him in addition to making D.C. one of the must-watch teams in MLS. The landing of the Englishman marked a change for a struggling side who had gathered just 11 points through their opening 14 games. The club went on an unforgettable run losing just twice in the final 17 games and earned themselves a spot in the playoffs.

The club would eventually fall to Columbus Crew SC in the first round of the playoffs. Despite the result, fans can find comfort in their appearance in the postseason, as well as the signings the club have made since.

D.C. has lost over a dozen players, declining the option of many, but added exciting players. On top of the exciting signings, the club has added veterans like Chris McCann and encouraged youth with the signing of two homegrowns in Antonio Bustamante and Donovan Pines.

Now it’s time for D.C. United to show that the end of the 2018 campaign took more than a dash of luck and that the club is ready to compete for the entirety of 2019. 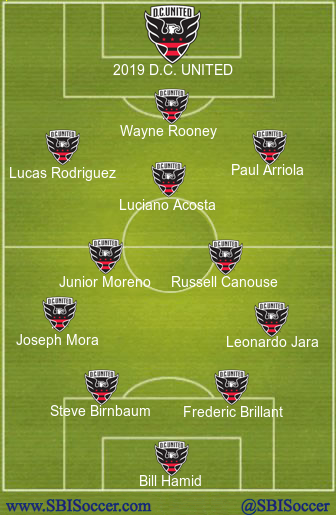 The Black-and-Red added a pair of Argentines on season-long loans ahead of the 2019 MLS campaign. Both Leonardo Jara and Lucas Rodriguez have a huge chance to improve D.C. United.

Lucas Rodriguez joins the club from Estudiantes. The 21-year-old combines impressive technical ability with good decision making which could make him a fine addition to an attack already featuring Wayne Rooney and Luciano Acosta.

Rodriguez’s versatility also adds to his value. The Argentine can play anywhere in the attack whether he’s placed wide or centrally as he’s showed in his young career.

Leonardo Jara also joins the club on loan from an Argentine club. Jara joins from Boca Juniors where he was the starting right back for the team who found themselves in the 2018 Copa Libertadores final.

D.C. United conceded 50 goals, which was joint highest amongst playoff teams in the Eastern Conference. The hope for D.C. is that Jara can help the club concede less while also adding to an already impressive attack.

The D.C. United captain had an electric start to his MLS career. Scoring 12 goals and adding seven assists, there is no denying Wayne Rooney was a huge reason Ben Olsen’s men were able to go from bottom-dwellers to fourth place in the Eastern Conference.

D.C. United picked up 11 wins, drew four times and lost just twice in the second half of the season in which Rooney started every game. On top of individual stats, the Englishman also unlocked the full potential of players around him including Luciano Acosta who scored nine goals and added 11 assists in the same span.

So why would the pressure be on Rooney after he proved his worth to those who doubted him?

The club could return to being bottom-dwellers without a similar return from D.C.’s number nine. The club finished with 51 points last season but had just 11 through the opening 14 games prior to Rooney’s debut.

If Rooney isn’t capable of reaching the heights he did in 2018 where he averaged nearly a direct goal involvement per game, D.C. may return to bad habits.

Many of D.C. United’s most important players are back for the upcoming season. The starting lineup may not be exponentially different to the one that was often displayed in the 2018 season. Yamil Asad has left the club with his loan coming to an end but has been replaced by fellow Argentine Lucas Rodriguez.

The signing of Rodriguez is almost the epitome of D.C.’s offseason. Rodriguez is versatile and fills the gap left by a player that has exited the club since the loss to Columbus in the playoffs.

Chris McCann also fits the mold of a versatile singing. The Irishman will add a veteran presence to D.C. which to be helpful for Atlanta United where he made 45 regular season appearances in various positions for the reigning MLS Cup Champions.

The club has done many things right over the past year and wants to see things continue in the right direction. Expectations are as high as they’ve been in the nation’s capital for years but with high expectations comes high responsibility. Things won’t come easy for D.C. this year but if the clubs find the determination they had last year then the positive trend can continue.

D.C. can go either of two ways as they showed with their highs and lows in 2018. Determination can be the factor that decides which path the Black-and-Red take.