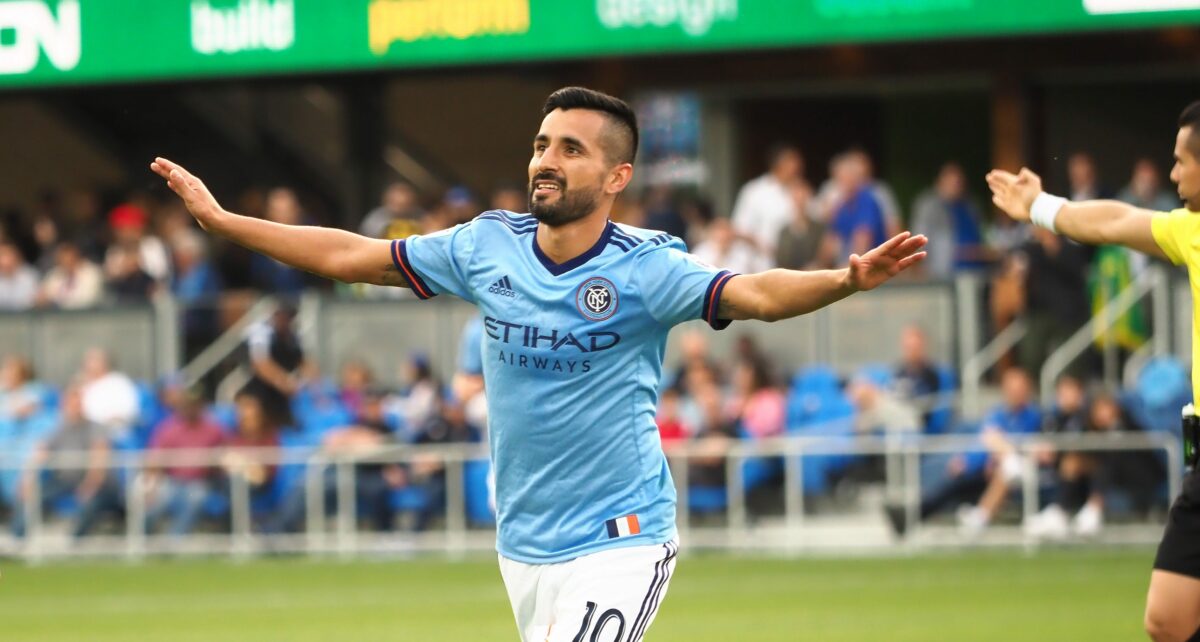 Reaching the playoffs and finishing in third place in the conference might be seen as a pretty good season for most teams in MLS, but that was not the case for New York City FC in 2018.

Not when the team finished on such a poor run of form.

A campaign that started with so much promise ended in an emphatic thud for NYCFC last year, as the club won just four of its final 16 games en route to once again crashing out of the postseason in the conference semifinals. The stunning collapse combined with the failure to win a trophy for the fourth straight season overshadowed the good NYCFC had demonstrated early on and made for plenty of disappointment. It also created lots of criticism for the head coach that had taken the reins in the summer and struggled to find consistent results.

The club has, however, turned the page on that forgettable campaign and is now gearing up to embark on a new season that will be vastly different from those of years past. Gone is the superstar striker and captain that had led the way since 2015, but his absence has not robbed NYCFC of its ambitiousness even as the team prepares to usher in a new era at Yankee Stadium.

“You want to keep building but you want to win something,” goalkeeper Sean Johnson told SBI. “Every team is judged and measured by their success that they have by the trophies that they win.”

Here is a closer look at New York City FC heading into 2019: 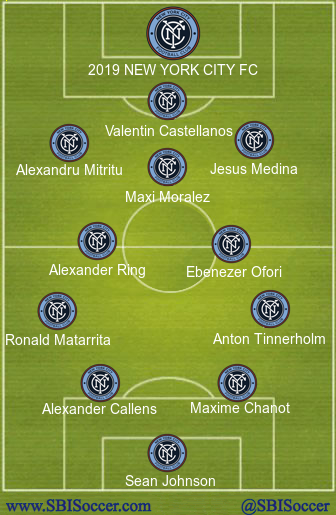 The November departure of star striker David Villa ended the opening chapter in NYCFC’s history, and the club is starting the second one with a much younger group that will be led, by and large, by Mitrita. Signed this winter via a reported $8.5 million transfer fee that is the third-highest amount paid in MLS history, the explosive 24-year-old attacker is expected to produce goals, assists, and overall dangerous play in the final third to help fill the void left by Villa. The Romanian Designated Player might not be a recognizable name or established leader, but NYCFC is so convinced in his talent and potential that it has made him one of its centerpieces for the foreseeable future.

PRESSURE IS ON: Domenec Torrent

NYCFC slumped badly during the second half of 2018, and many fans and media members pointed the finger at Torrent for the team’s drop in form. The good news for the Spaniard (who was hired in June last year) is that he now knows more of what MLS entails and has had a full preseason to really put his stamp on things by introducing more of his tactical ideas. If that translates and he is able to get this younger NYCFC side to play winning soccer on a consistent basis, the scrutiny and criticism that mounted last fall should begin to dissipate. If the team continues to struggle, however, Torrent’s hot seat could completely incinerate before he realizes it.

It is the dawn of a new era for New York City FC. David Villa is no longer with the club and things are now headed in a much fresher and more energetic direction. The offseason saw NYCFC add several younger faces instead of grizzled veterans, bringing the roster’s current average age to a surprising 23.6-years old.

That is a stark contrast to the inaugural squad from 2015 that was led by three well-seasoned Designated Players, but NYCFC is banking on the approach being successful.

Added Johnson: “There’s a young energy around the group.”

While it is unclear if that fledgling talent will be good enough to compete at a high level in an Eastern Conference filled with quality this year, NYCFC should at the least have a more clear identity than it did last fall during that nightmarish slump. As opposed to 2018, Torrent has had a full preseason to work with his squad on how he wants to play.

Of course, one of the biggest question mark Torrent is facing is how does he fill the Villa-sized hole in the lineup. The high transfer fee New York City FC paid this winter for Matrita points to the Romanian as being the player that will shoulder much of the scoring burden.

NYCFC does not see it that way, however. Instead, the team thinks that the task needs to be done by a committee that consists of some of Mitrita and fellow attackers Maximiliano Moralez, Ismael Tajouri-Shradi, Jesus Medina and Valentin Castellanos rather than by any one individual.

“It’s not about Mitri replacing David. It’s not about that,” said Torrent. “We have to replace David with two or three players. David scores, normally, 19-20 goals, and with Mitri — and we are working with (bringing in) a new striker in 1-2 weeks — and Maxi, Jesus, and Tati and Isma, I think they are able to score many, many goals for us.”

The midfield will probably need some shoring up, too. Like with Villa in the attacking half, NYCFC lost an important piece with the departure of holding midfielder Yangel Herrera this offseason. A pit bull terrier, Herrera was a great complement to Moralez and Alexander Ring (who has been named captain for this year). The three of them created a formidable triangle in the center of the park that was tenacious, talented, and a key ingredient to NYCFC’s early success last season.

Finding someone who can fill that type of disruptor role in some capacity will be important, and two options are Homegrown Player James Sands and on-loan newcomer Keaton Parks. Both are largely inexperienced and may have to go through growing pains, but their young legs may fit exactly the type of style Torrent is looking for from all of his group.

“We have to organize what happens when we don’t have the ball. Everybody has to defend,” said Torrent. “Not just the midfielders and our defenders. Everybody has the responsibility to help their teammates and our team.”

As far as the back line goes, NYCFC will have plenty of continuity and familiarity there. Johnson is returning for his third season with the club, and the entire back line of Anton Tinnerholm, Maxime Chanot, Alexander Callens, and Ben Sweat are back, too. Throw in reserves Ronald Matarrita and Sebastien Ibeagha into the mix and there is some decent cover for the grueling campaign that lies ahead.

All that said, New York City FC has not brought in many proven reinforcements and does not appear, on paper at least, to have that much top-end talent. Mitrita might be able to change that if he lives up to his potential, but overall this is a young NYCFC team that, like its head coach, has plenty to prove.

Getting into the playoffs again and competing once there might not exactly be progress from a year ago, but it probably would be seen as an achievement given the youth of this squad. Of course, finding a way to claim the first piece of silverware in the club’s history, be it in the U.S. Open Cup or elsewhere, could also help make this season a success.

“I think the only goal that we have every single year is to lift a trophy,” said Johnson. “I don’t think it’s a surprise to any of us players or anyone in the organization that we are held to a high standard and we have to do all we can to achieve that. Anything less, for me, is a failure.”