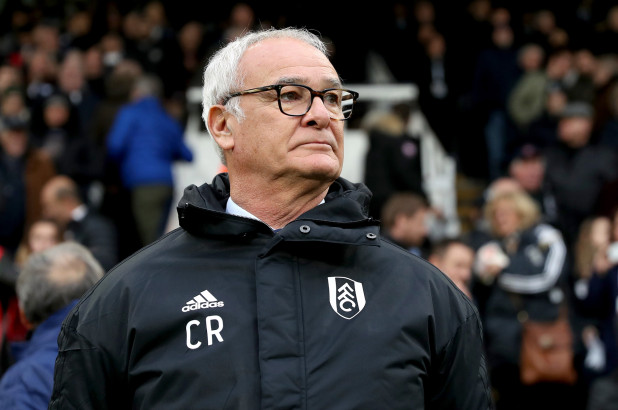 Fulham FC are showing zero signs of life in the relegation zone of the English Premier League. That trend continued with a 2-0 loss to Southampton on Wednesday which saw Claudio Ranieri lose his job the following day.

The club sacked Ranieri on Thursday after the Italian spent three months at the helm. Scott Parker will serve as caretaker manager after Ranieri’s firing. (REPORT)

Sergio Ramos has been given a two-match ban in European competition for his “deliberate booking” against Ajax. (REPORT)

The English FA will take no action against Tottenham’s Harry Kane for his confrontation with Cesar Azpilicueta. (REPORT)

The Brazilian National Team announced their roster for March friendlies against Panama and the Czech Republic. (REPORT)

Mauro Icardi’s future is of no interest to Inter Milan manager Luciano Spalletti as several European clubs remain interested in the forward. (REPORT)

Manchester United have been fined over fan trouble in their Champions League loss to Paris Saint-Germain. (REPORT)

Carlo Ancelotti is backing his side to end Juventus domestic dominance sooner rather than later. (REPORT)

The U.S. Women’s National Team was hit back twice and had to settle for a draw in their She Believes Cup opener against Japan. (READ)

Kenny Saief is reportedly interested in moving to MLS. (READ)

The LA Galaxy kept several star players in hopes to make the playoffs in 2019. (READ)

Orlando City is hoping to shrug off last season’s disappointment with a strong run in 2019. (READ)

FC Cincinnati begins life in MLS and will hope to make a strong debut. (READ)