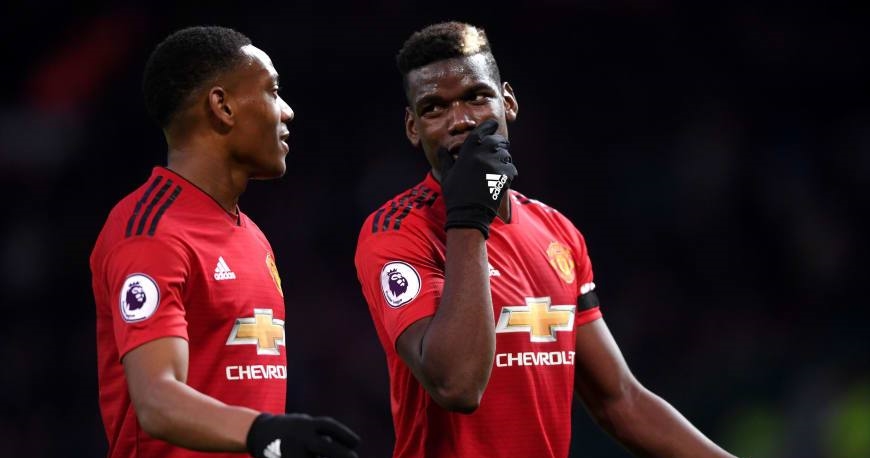 There will plenty of talent on display when Manchester United welcomes PSG to Old Trafford on Tuesday. However, the roles look to be reversed with the hosts coming in with a healthy squad and on superb form under their interim boss.

Ole Gunnar Solskjaer has the Red Devils moving up the Premier League table and ready to face the Ligue 1 giants on home soil. Paul Pogba and Anthony Martial headline the attacking front for the hosts, while Kylian Mbappe will aim to lead the show for PSG who are without several stars.

Injuries of Note: Edinson Cavani is expected to miss out due to a hip injury suffered on Saturday while Neymar and Thomas Meunier are also out. Manchester United have a healthy squad ahead of this tie.

Players to Watch: With Neymar and Cavani out, Kylian Mbappe will need to be composed for PSG to get a result in Manchester. While Mbappe looks to steal the show, Pogba’s role is important for Manchester United after coming off a brace this weekend at Fulham.

Key to the Match: Manchester United need to continue to attack for a chance at a win at home. Wing play will be important for the Red Devils knowing PSG has experienced and physical centerbacks in the middle. For PSG, they need to hold possession and keep the Red Devils on the backfoot.

Quote: “When the draw was made they were favorites,” Solskjaer said. “Until we have played PSG you can say we are still the underdogs, but at the moment we feel we can beat anyone.”

Injuries of Note: Marco Reus will miss out for Dortmund while Lukasz Piszczek will be assessed in pre-game due to a calf problem. Tottenham are still without leading scorer Harry Kane and playmaking midfielder Dele Alli. Ben Davies and Vincent Janssen are also expected to miss while Eric Dier should be back in time after missing Sunday’s win due to an illness.

Players to Watch: English forward Jadon Sancho has been a livewire this season for Dortmund and will need to come up big in Reus’ absence. Son Heung-Min has filled in nicely in Kane’s absence and has continued to come up with the goals for Tottenham.

Key to the Match: Possession will be key for both teams who know a lot will be left to play for. Tottenham likes to hit teams on the counter attack and will test Dortmund’s wingbacks while the Bundesliga side may need to play conservatively on the road.

Quote: “He’s doing well, fantastic,” Mauricio Pochettino stated about Kane’s recovery. “You know him well, we need to stop every day because he wants to be ahead of his recovery. He’s very optimistic and his determination to play as soon as possible is unbelievable.”

Injuries of Note: Frenkie De Jong is a doubt for Ajax after suffering a knee injury in Ajax’s weekend loss to Heracles. Meanwhile, Isco has been dealing with neck and back pain which caused him to miss Real’s weekend victory at Atletico.

Players to Watch: Should De Jong not be available, the responsibility will then fall on Serbian winger Dusan Tadic’s shoulders. Tadic has five goals in the UCL this season and is talented enough to score against Los Blancos. Karim Benzema has three goals in the UCL for Real Madrid and should have a comfortable time against an unfamiliar Ajax backline.

Key to the Match: Ajax will need to be strong against Madrid and put chances on goal. They cannot afford to go down by several goals at home and will have to take chances as they come. Real Madrid has been in this situation before and will aim to take the air out of the stadium early with early goals.

Quote: “Our upcoming opponent is Real Madrid, a team that is starting to come in,” Ajax midfielder Frenkie De Jong said. “I’m not going to say that we’re going to win the cup. We’ll see it from round to round. Real in the last five years, have won the Champions League four times, and they are favorites. But if we have a little luck, we are not hopeless.”

Injuries of Note: Patrik Schick and Robin Olsen are both expected to be out for Roma. Schick left Friday’s win at Chievo due to a gluteal injury. Kostas Manolas however could return after training with the team on Sunday.

Players to Watch: Tiquinho Soares leads Porto with nine league goals this season and has been one of their consistent performers. Edin Dzeko has five goals in the UCL for Roma and is coming off a two-point performance last Friday.

Key to the Match: Both teams will go for this tie early knowing a trip to Portugal is coming in the second leg. Roma is known for possession and will aim to wear down Porto while their opponents will seek to work the wings and hit the Italians on the counter.

Quote: “For how he made the whole team play today, Edin deserved another goal. I hope he’s keeping it for the Champions League,” Roma head coach Eusebio Di Francesco said.