Wednesday Ticker: Sarri not sure of long-term future, Kane returns to training, and more 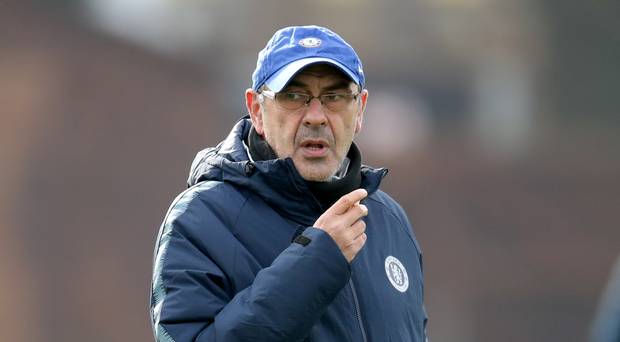 Chelsea is struggling in domestic play of late with Monday’s FA Cup elimination the latest result to not go their way. Maurizio Sarri has begun to feel the pressure in London and admits he isn’t guaranteeing long-term plans to stay just yet.

The 60-year-old Italian is not sure about his long-term future at the club after Chelsea suffered their fifth loss of the calendar year. (REPORT)

Harry Kane returned to full training for Tottenham as the London club prepares to face Burnley this weekend. (REPORT)

Juventus midfielder Sami Khedira will miss a month due to a heart problem. (REPORT)

David de Gea’s £90 million deal to remain at Manchester United is being held up due to agent fees. (REPORT)

Bayern Munich manager Niko Kovac admitted his side faked cramps in the final minutes of their scoreless draw at Liverpool. (REPORT)

Liverpool are considering a preseason tour in the United States this Summer. (REPORT)

Arsenal manager Unai Emery admitted that Mesut Ozil holds the key to his future with the club. (REPORT)

Fernandinho and Nicolas Otamendi each saw yellow cards on Wednesday, ruling them out of Manchester City’s second leg vs. Schalke. (REPORT)

Toronto FC was downed 4-0 by Panamanian side Independiente in their first leg Round of 16 tie. (READ)

Both of Tuesday’s first legs in the UEFA Champions League ended scoreless. (READ)

The Vancouver Whitecaps will look to bounce back under a new head coach in 2019. (READING )

Kemar Lawrence will start on the bench for the New York Red Bulls in the Concacaf Champions League. (READ)

The USMNT are reportedly nearing a deal to play a June friendly at D.C. United’s home turf. (READ)

The New York Red Bulls lifted the Supporters Shield in 2018 but have higher goals this season. (READ)