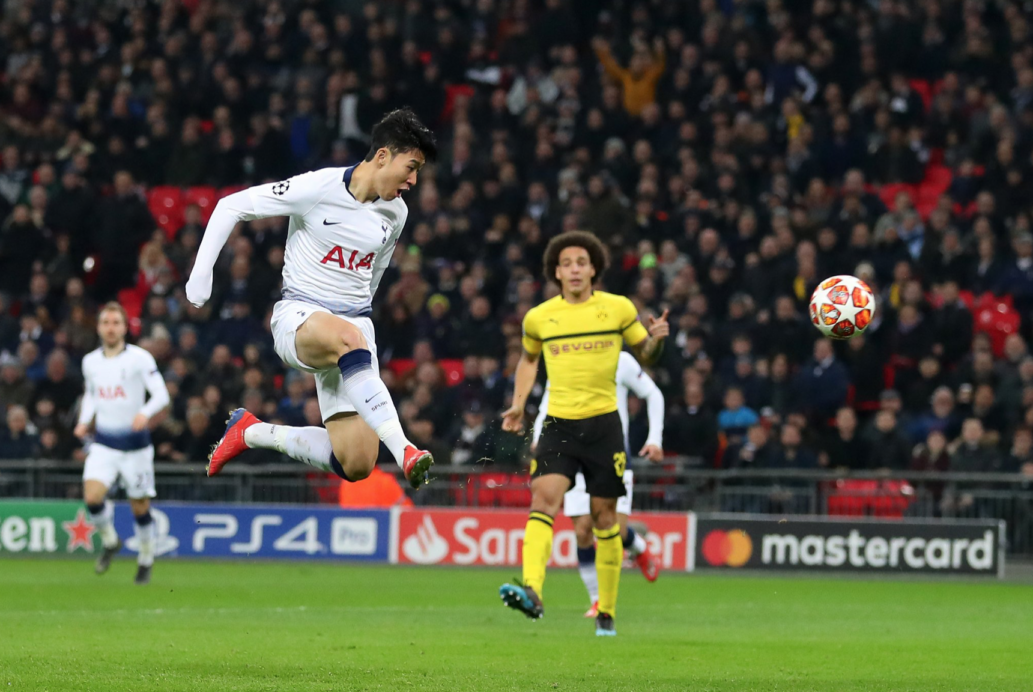 Jan Vertonghen was directly involved in two of Spurs’ three goals in Wednesday’s 3-0 win for the London-based club. The first of the pair was scored by Son Heung-Min as the South Korean drifted into the box and got on the end of a perfectly weighted Vertonghen cross in the 47th minute.

Vertonghen doubled his side’s lead in the 83rd minute being the beneficiary of a fine cross from Serge Aurier before Fernando Llorente’s 86th minute sealed a three-goal lead for the hosts.

Dortmund now faces the difficult task of overcoming a hefty Tottenham lead in the second leg which will take place in Germany in early March.

Real Madrid narrowly topped Ajax with a 2-1 win in the Netherlands. An entertaining game which saw the first VAR-overturned goal in UEFA Champions League history rule in favor of Real Madrid also saw a late winner for the Spanish giants thanks to Marco Asensio.

Vinicius Junior’s fabulous footwork provided Karim Benzema with an opportunity to take the lead in the 60th miunte. The Frenchman made no mistake firing his side in front following the Brazilian’s run which saw him take on multiple Ajax defenders before laying it off to the center forward.

Los Blancos’ winner came in the 87th minute as Marco Asensio stretched out to reach a cross at the far post sent in from Dani Carvajal. Asensio found enough space between himself and Matthijs de Ligt to set his feet before scoring the game-winning goal.

Hakim Ziyech’s goal sandwiched between the game’s opening goal and Madrid’s eventual winner came in the 75th minute through strong buildup play. The 25-year-old struck his side level after finishing off a David Neres pass with a first-time effort.

Ajax will gain confidence from Wednesday’s display and look to build off it as they visit Real Madrid for the second leg in early March.