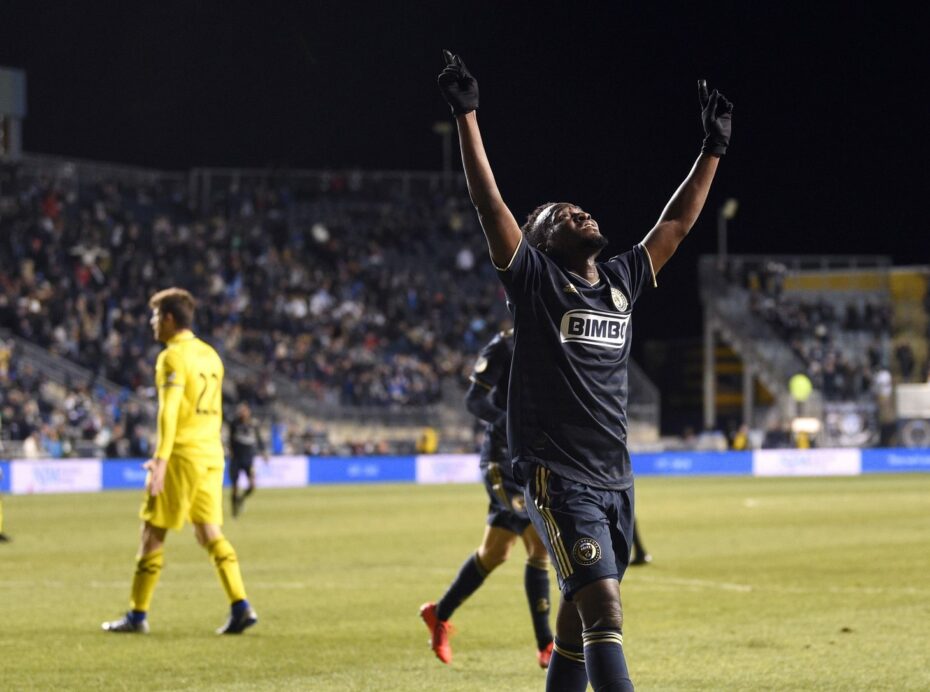 CHESTER, Pa. — The Philadelphia Union needed a big-time performance to earn their first victory of the 2019 season. With several starters out of the lineup for multiple reasons, they received one from an emotional winger who was coming off a tough week off the field.

Two goals, one assist, and an emotional but big-time performance from winger David Accam sparked the Union’s 3-0 shutout win over the unbeaten Columbus Crew on Saturday night. It was a needed performance for the team, but also one for Accam who needed a spark to his second season with the club.

“Personally it wasn’t a great week for me off the field, but I was happy to get my first two goals this season in front of the home fans,” Accam said. “I wanted to repay the club for the opportunity they’ve given me, they’ve been patient with me and I wanted to be here tonight and I was happy to help the team get a win.”

The 28-year-old Accam lost his father, Michael, last week after a lengthy battle with cancer. He had the opportunity to fly back home for the funeral but decided to remain with the team in what proved to be a must-win match early in the new season.

On the field, Accam struggled with the Union in 2018, scoring just once and dealing with nagging injuries throughout the campaign. On Saturday he showed both the Union and Crew what he’s capable of doing, tallying a pair of goals in an 11-minute span before adding an assist on a second-half finish from Ilsinho.

“It was emotional for him for sure,” Union head coach Jim Curtin said. “We’re all rooting for David, he’s gone through a lot on the field, off the field, injuries. For him to have a performance like tonight when we really needed it as a team was big time.

“He really stepped up not only with the goals but with his work rate, defensively he gave us time on the counter-attack. A credit to him he’s put a lot of work in during the offseason. He just wants to help the team and tonight was a special moment for him.”

With Cory Burke on international duty, Jamiro Monteiro unable to play, and Sergio Santos out with an injury, Curtin had only 15 players available for Saturday’s contest. Normally found on the wings, Accam and Fafa Picault both played up top and were able to connect on the opening goal, a clever finish from Accam past Joe Bendik. After the goal, Accam dropped to his knee and pointed the sky in honor of his late father.

The Ghanian showed his fancy footwork later in the half, creating enough space to beat Bendik near post and give the Union even more breathing room. He assisted on the Union’s final goal of the match, capping off his first three-point performance since June 25, 2017.

“I was just ready to go,” Accam said. “I was training very well, doing extra training, and I knew I could have a chance at any time. I told Jim I was ready to go if he needed me in the starting lineup and I will do my best.

“Last year was tough for me personally but the team never gave up on me and was always by my side. You need that sometimes when things aren’t going the way you hope and I am grateful for the team.”

The Union will travel to FC Cincinnati on March 31st, hoping to make it two consecutive victories after a sluggish start to the season.