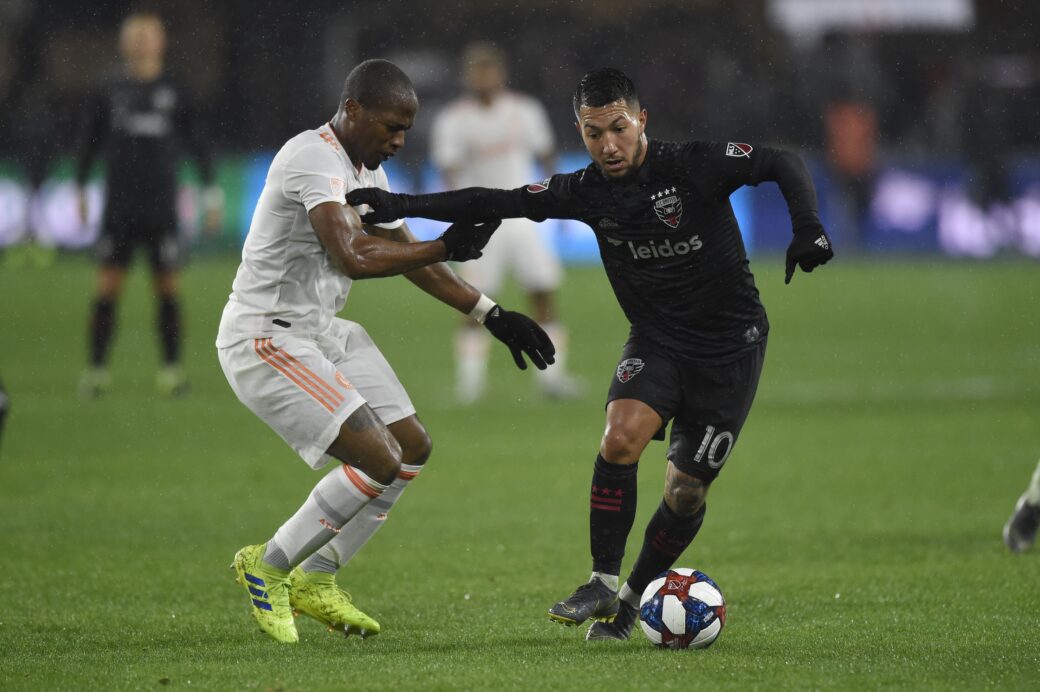 It had been a while since D.C. United got to savor a victory on MLS opening weekend. The Red and Black got to feel those feelings on Sunday after a comfortable win over defending MLS champions Atlanta United.

Luciano Acosta assisted on D.C.’s opening goal before scoring his first of the season in the home team’s 2-0 success.

A sloppy first-half saw the hosts with the better chances offensively and they were rewarded before halftime thanks to an easy finish.

Paul Arriola’s tap in past Brad Guzan in the first minute of stoppage time gave Ben Olsen’s side a deserved advantage. Atlanta left Arriola to pounce on a loose ball after a corner kick by D.C.

After setting up D.C.’s first goal, Acosta opened his account which got a lucky bounce on the wet pitch at Audi Field. The midfielder’s effort from outside of the box bounced just in front of Guzan and snuck past the veteran for a 2-0 D.C. advantage.

Eric Remedi had the best look for Atlanta the remainder of the match, but overall the Five Stripes looked a shear image of themselves. Josef Martinez was held to two shots but zero on target while Julian Gressel and Pity Martinez brought little off the bench as second-half substitutes.

D.C. gets to savor their first opening weekend win since 2015 as they next travel to NYCFC on March 10th.

Frank De Boer’s life in MLS did not get off to a winning one and now the Dutchman must prepare his side for a trip to Monterrey in Concacaf Champions League action midweek.

Acosta made D.C. tick from the opening whistle as he played a part in both of their goals.

After taking the lead, D.C. came out strong in the second-half and was rewarded as Guzan was beaten for the second time which insured the home win.

Josef Martinez failed to do much in the match, sending a free kick into the stands and also missing on one additional attempt. The Venezuelan will need to bounce back as Atlanta faces tougher competition midweek.