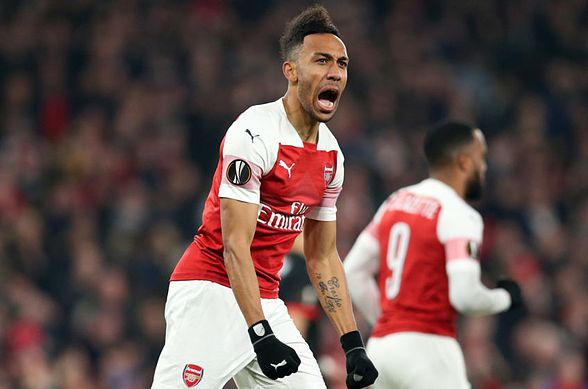 The remaining eight teams in the 2018-19 UEFA Europa League know their fate for the quarterfinals.

London giants Arsenal will take on Serie A side Napoli in the headliner of the round. Unai Emery’s side used a 3-0 second leg triumph over Rennes to advance in the competition. Napoli meanwhile held on to edge Salzburg despite losing the second leg in Austria.

This will be their first meeting since 2013-14 where Arsenal defeated Napoli over two legs.

An All-La Liga tie will also occur as Valencia and Villarreal are set to duke it out. In their two league meetings this season, Valencia defeated Villarreal 3-0 at home.

Maurizio Sarri’s lone shot at silverware this campaign continues as Chelsea will entertain Slavia Prague. The Czech Republic outfit held on for a 6-5 aggregate win over Sevilla on Thursday, setting up a date with Eden Hazard and Co.

Eintracht Frankfurt’s sensational run in the Europa League continues as well with a date against Benfica. This will be the first meeting between the two clubs. Frankfurt edged Inter Milan while Benfica used a 3-0 second leg win over Dinamo Zagreb to advance.

The quarterfinal first legs will take place on April 11th while the second legs will occur on April 18th.

Here’s all of the Europa League quarterfinal matches: