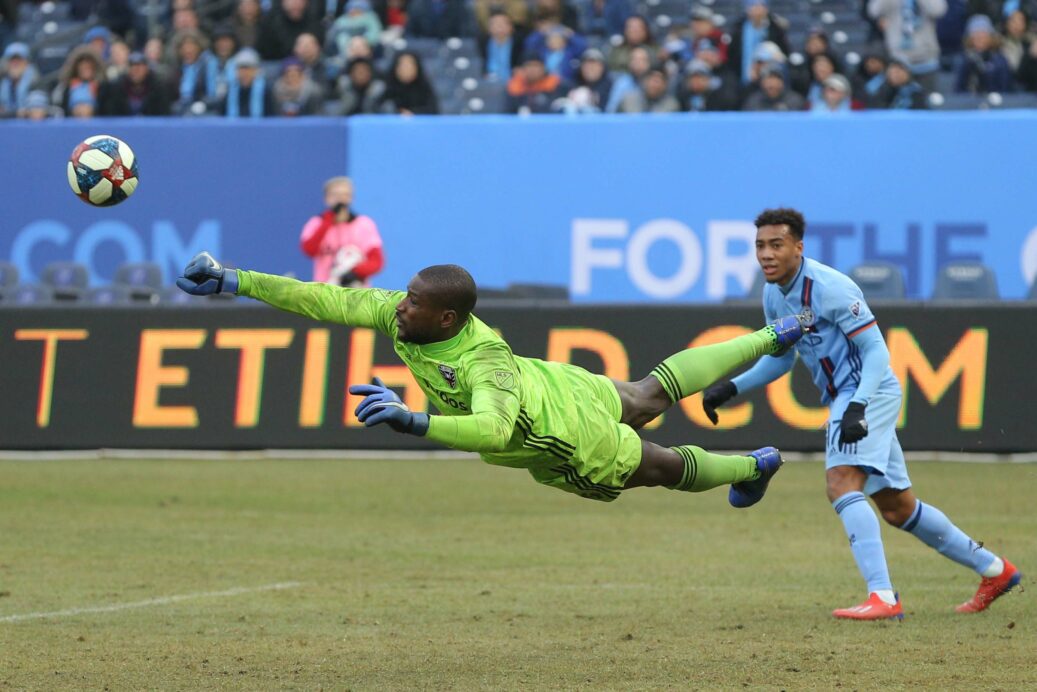 BRONX, N.Y. — The old saying goes if you talk the talk then you better walk the walk.

Hamid helped D.C. United post a second consecutive cleansheet to start the season on Sunday, recording six saves in scoreless road draw with New York City FC. A pair of the veteran goalkeeper’s stops at Yankee Stadium were of his trademark highlight-reel variety, and they allowed D.C. United to grab its fourth point of the young campaign.

The bright performance strengthened Hamid’s argument, though it is still early days, about him being better than the other netminders that were called in to the U.S. Men’s National Team camp in January ahead of him. It also certainly did not hurt his chances of being called into this month’s camp.

Priority No. 1 when you are a goalkeeper is to keep the ball out of the back of the net, but U.S. head coach Gregg Berhalter has talked about wanting shot-stoppers who are comfortable with the ball at their feet and who can build out of the back. Those are attributes that fit the style of play he wants to implement, and is the reason why NYCFC goalkeeper Sean Johnson, who also had a strong outing in Sunday’s goal-less draw, was called into the January camp.

Hamid may need to show improvement in that regard, but the 28-year-old goalkeeper reminded everyone on Sunday afternoon that he is probably amongst the best in the U.S. pool as far as pure shot-stopping goes. Hamid thwarted several potent attempts from NYCFC to break the deadlock in the cold and rainy game, including a stinging diving header from NYCFC captain Alexander Ring in the 89th minute.

On the play, a low cross came in from the right and the momentum of the ball allowed an unmarked Ring to get good power behind his effort. It was on frame, too, but Hamid got low and down to his right quickly enough to push it out with his right hand before the ball was eventually booted to safety.

“I saw somebody get nutmegged, I saw the ball went through their legs, and I just got there, thankfully,” said Hamid. “I clawed it out and the guys were there to protect the goal and clear it out. It’s a team effort. We’re all back there protecting the goal and thankfully we didn’t concede there.”

Hamid had other key blocks, including an 88th-minute parry of an Alexandru Mitrita go from just outside the penalty area and a swat on another dangerous look from distance from Ring 37 minutes in. Whether they are enough to get him into the U.S. roster for this month’s camp is unclear, but they were enough for D.C. United to improve to 1-1-0 on the season following last week’s 2-0 home triumph over reigning MLS champion Atlanta United.

For Hamid, that was as important as anything else on Sunday.

“Two shutouts in a row is really good in this league,” said Hamid. “For us, we just want to keep building on that. … (Tonight) I was just trying to do my job.”