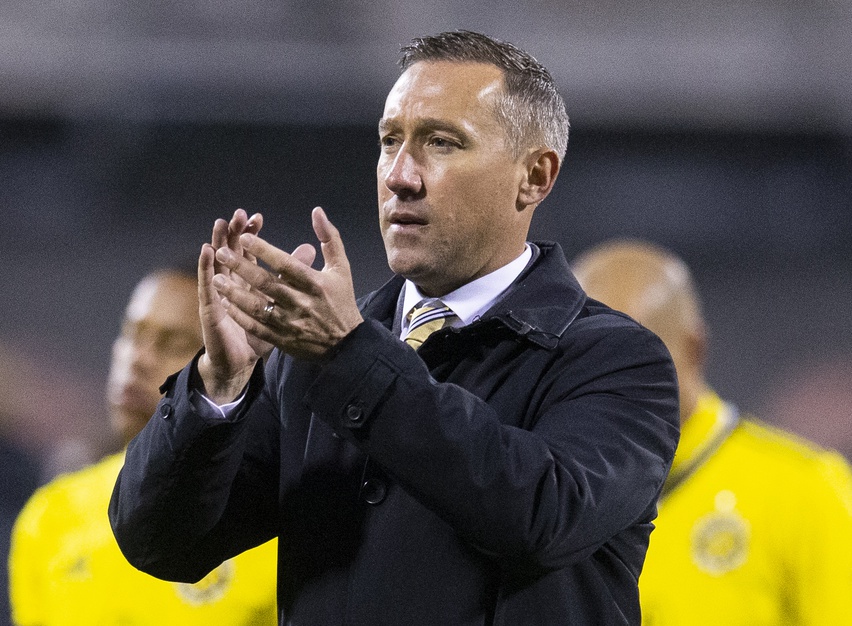 FOXBOROUGH, Mass. — The Columbus Crew’s biggest change in personnel over the offseason came at head coach, as Gregg Berhalter got his big promotion to coach the U.S. Men’s National Team after guiding the Crew to the playoffs in four of his five seasons at the helm.

Columbus replaced Berhalter with another top coach in Caleb Porter, who won championships at both his previous stops at Akron University and most recently with the Portland Timbers. Saturday’s 2-0 result on the road against the New England Revolution marked Porter’s first win with his new club and showed the Crew might just have found the right person for the job.

“This is a good team. I’ve always admired this team and watched this team from afar. That’s one of the reasons I decided to come here,” Porter said. “It’s a great group of guys. We have to take it one game at a time. Obviously, we can’t get ahead of ourselves. This is a big three points.”

Although the Revs have missed the playoffs the last three years, they have been tough to play at Gillette Stadium and came into Saturday unbeaten in their last 12 home openers, making it a good result for a Crew squad that drew the New York Red Bulls, 1-1, in their home opener last weekend.

“I actually thought we had a lot of rhythm on the day. Obviously, I’m looking for the perfect game, so there are going to be 10 minutes or 15 minutes here where we don’t pass the ball like we want to,” Porter said. “I thought 25 minutes in the first half and a good 20 to 25 minutes in the second half, we bossed the game and that’s exactly what we want to do.”

Porter said he was pleased with the team’s performance at all three levels of the field, as forward Gyasi Zardes got back on track with a brace, the midfield controlled the center of the field, and goalkeeper Zack Steffen saved Diego Fagundez’s potentially equalizing 59th-minute penalty kick.

“It was a team effort across the board and that’s what we need,” Porter said. “We’re a team. We’re not a group that has individuals that are any better than each other, so forus, we always have to keep the concept of that team and it was a team performance today.”

Crew captain Wil Trapp, who had spent nearly all of his career to date under Berhalter’s tutelage, put in a typically industrious performance, leading all players in both touches (115) and passes (101). Trapp gave a positive early review of Porter and the coach’s leadership qualities.

“I think Caleb has done a very, very good job of taking a group that’s been established and evolving it, and trying to implement small things that he believes will take us a little bit further,” Trapp said. “I think that’s a wonderful thing as players, to be challenged. He’s a passionate guy, he’s a fiery guy. It’s a very, very inspiring type of leadership that I think is pushing this group along very well.”

Porter had been waiting for his next coaching opportunity after parting ways with the Timbers after their Western Conference semifinal loss in 2017. He helped Portland transition from MLS newcomer to one of the league’s more consistent contenders, going to the playoffs in three of his five seasons there, winning the 2015 MLS Cup and finishing with a record of 68-50-52.

After a successful stretch under Berhalter, and with the team’s future in Columbus now secure, Porter will look to carry on the Crew’s winning tradition, and winning is something he has plenty of experience with.

Porter will now look to pick up his first win at MAPFRE Stadium on March 16th against FC Dallas.