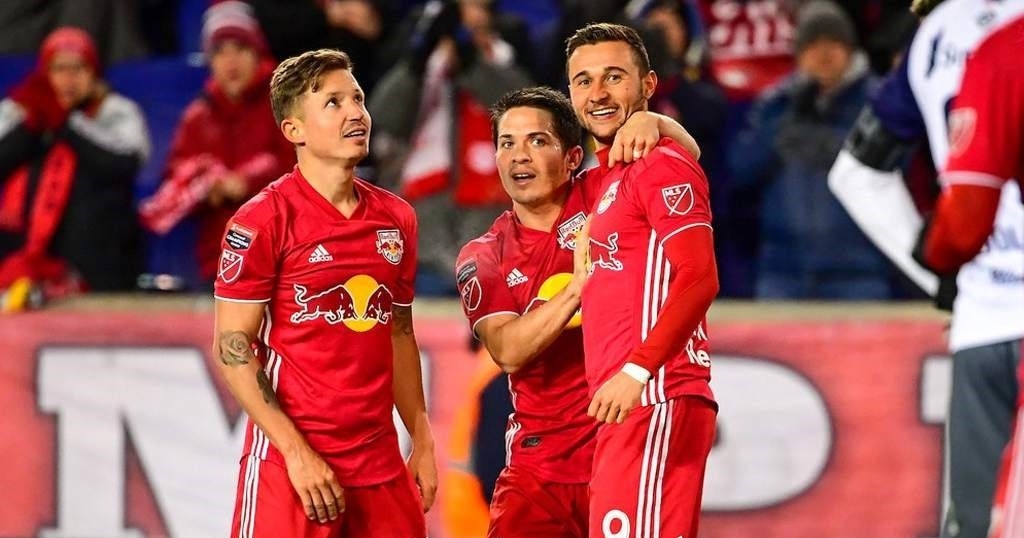 The 2019 Concacaf Champions League quarterfinals kick off on Tuesday.

Out of the eight teams remaining, four come from MLS while three are left from Liga MX and the other one is from Panama.

Tuesday will see a pair of MLS clubs look for positive performances at home, with the New York Red Bulls and Houston Dynamo facing Santos Laguna and Tigres, respectively.

On Wednesday, the defending No. 1 seeds from the 2018 MLS Playoffs are in action, as Atlanta United and Sporting KC head on the road.

The four quarterfinal matchups will be played over a nine-day span, with the return legs to be played next week.

Below is a look at the matchups facing the four MLS teams in the quarterfinals.

The New York Red Bulls eased their way past Atletico Pantoja in the Round of 16, and now they prepare for tougher competition in the quarterfinals.

Chris Armas’ side was one of two MLS sides playing in the CCL who grabbed a point on opening weekend as it tied the Columbus Crew. The defending Supporters’ Shield champions also took no risks with several playmakers rested for the first leg.

Aaron Long and Tim Parker will try to shut down a dynamic Santos attack that scored 11 goals over two legs against Marathon.

Santos is coming in off the back of a 3-0 league defeat in the Clausura to Club Leon, but has plenty of fresh legs to choose from.

Argentinian forwards Javier Correa and Julio Furch are the players to watch as they combined for six goals in the Round of 16. Marlos Moreno is also a talented young player who could be an X-Factor in this series.

The Houston Dynamo were the other MLS team participating in the CCL who grabbed a point from opening weekend, but unlike New York, they started a lot of their offensive talent against Real Salt Lake.

Wilmer Cabrera’s side takes on the defending Concacaf Champions League winners, who needed a dominant home win in the second leg against Deportivo Saprissa to advance. Everybody knows about the Dynamo’s ability to score goals with Mauro Manotas, Alberth Elis, and Romell Quioto leading the bunch but defensively they need to stand firm.

36-year-old DaMarcus Beasley will be asked to do a lot in this tie against a dynamic Tigres attack.

Tigres currently leads the Liga MX title race with 22 points from nine matches and have only suffered defeat once. Andre Pierre-Gignac is a dangerous forward who has seven goals in league play, while Hugo Ayala is an experienced defender, who will be tasked with shutting down Houston’s attacking front.

Sporting KC was one of two MLS-based CCL quarterfinalists to lose on opening weekend.

Peter Vermes’ side will be seeking a bounce-back performance against a Panamanian side who have already claimed one North American scalp in this competition.

After a dominant showing against Liga MX side Toluca, Sporting KC now have to prepare for anything in the quarterfinals. Krisztian Nemeth and Gerso Fernandes each scored braces in the 5-0 aggregate win and now they will aim to get after an Independiente backline who held Toronto FC to one goal.

Romeesh Belgrave and Omar Browne torched Toronto FC’s backline but should face a stiffer test from Sporting KC. The pair each scored two goals and were able to use their home field to their advantage in the first leg triumph.

For Independiente to claim an advantage, it needs to play freely and keep SKC on the backfoot down at the Estadio Agustin Sanchez.

Look for this tie to be aggressive with both team’s backlines aiming for the clean sheet.

Atlanta United used a dominant second-leg to advance into the quarterfinals but will need to rebound off their opening weekend loss in MLS.

The Five Stripes lacked the cutting edge offensively that we saw plenty of times last season. Josef Martinez failed to get a shot on target, but did score twice against Herediano in Atlanta a week ago. Looking to help him is German midfielder Julian Gressel, who can hurt a team in plenty of ways, as well as Pity Martinez who was given some rest on Sunday.

Standing in the defending MLS Cup champs way is Monterrey, who are currently second in the Clausura. Monterrey has yet to lose in league play and has kept clean sheets in three of their last four matches.

Rogelio Funes Mori has seven goals in Liga MX and is a name that not many MLS fans may have heard of. Carlos Rodriguez and Jonathan Gonzalez will look to create opportunities for Monterrey at Estadio BBVA Bancomer.