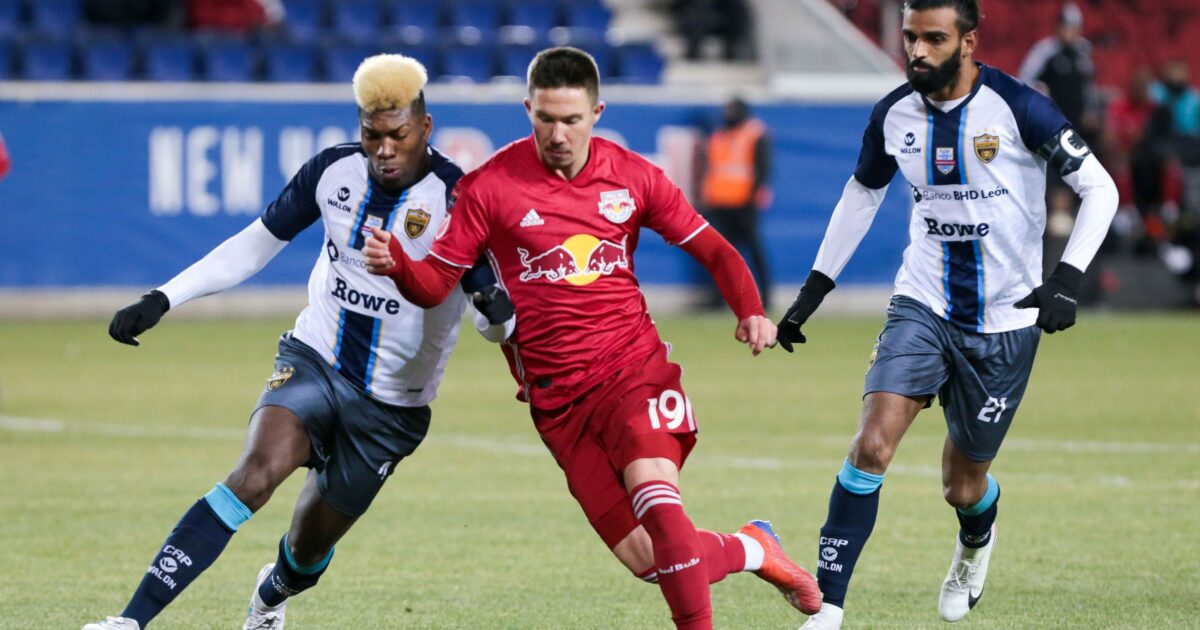 The first leg of the Concacaf Champions League quarterfinals didn’t do MLS very many favors. All four American sides fell in the first leg of their ties, and two of them lost at home without scoring a goal of their own. With the second legs of the round coming up this week, the New York Red Bulls, Houston Dynamo, Atlanta United, and Sporting Kansas City all face uphill battles in their quest to bring home continental glory.

All four MLS teams are in action over the next three days and here’s a closer look at the comeback attempts laid before them:

The New York Red Bulls were one of the MLS teams that dropped their first leg at home by a 2-0 score and now they need to fly down to Mexico and get themselves a win by more than two goals. If they can take one advantage into this difficult away game, it’s that they had the weekend off from MLS play while Santos played to a 2-2 draw on Friday night at Veracruz in Liga MX.

Even with that slight scheduling benefit, the Red Bulls will still be underdogs on Tuesday night. Santos were far and away the better team at Red Bull Arena last week, making much better use of equal possession when they had the ball and playing some nice defense when they didn’t. The Red Bulls, meanwhile, were somewhat wasteful and broke down to concede both at the end of the first half and beginning of the second. Thanks to that, nothing less than a perfect performance will send them through to the semis.

The Dynamo also didn’t cover themselves in glory a week ago. Although they defended valiantly for 78 minutes, it always looked like a matter of time before the Mexican giants found a goal, and they left Texas with two of them in the final 12 minutes of play. The Dynamo’s counter attacking style got them nowhere as they failed to put even a single shot on target.

Houston now has to travel to Monterrey to face one of the top teams in Liga MX needing a more than two goal win. If anything is working in their favor, it’s that their only loss of the year so far was last week against Tigres. They haven’t had a rigorous travel schedule so far, having played both their MLS matches at home, and they got their first win of their league campaign on Saturday against Montreal. That said, it would still take a near-miracle to get the result they need at Estadio Universitario.

Atlanta United’s season has got off to a lackluster start and because if it, they are in a bit of a hole in their CCL quarterfinal tie. They fell to Monterrey 3-0 on the road, so at least they are going to come home to Mercedes-Benz Stadium to attempt their comeback.

They key for them will be keeping a clean sheet, as conceding a single away goal makes their lives much more difficult. Securing a 3-0 result to force extra time, even at home, against one of the top sides in Mexico will be difficult enough. One goal allowed will require them to put five goals past the team with the second best goal difference in Liga MX in order to go through.

Atlanta’s early MLS campaign doesn’t give them much to go off either. They got shut out in their opener at D.C. United and gave up a late equalizer to expansion FC Cincinnati on Sunday. With all due respect to those two teams, they aren’t Monterrey and if Atlanta can’t get favorable results against them, it’s hard to imagine them getting anything on Wednesday night.

Sporting Kansas City represents the best hope for MLS in their quest to wrestle the Concacaf Champions League away from their Mexican rivals. They lost 2-1 down in Panama in the first leg against Independiente, but they have an away goal and they’ll be coming home to a much better environment at Children’s Mercy Park. With the home crowd behind them and their opponents dealing with difficult travel and unfamiliar surroundings, SKC getting the clean sheet win they need isn’t too much to ask.

They also didn’t play all that poorly in the first leg. Their tactics were appropriately aggressive, they were just wasteful with the ball and weren’t adept at finishing. They were sloppy at the back as Independiente launched 18 shots with only 29% possession, but the issues were rather correctable. SKC has also proven their ability to win big games at the continental level thanks to their flawless performance against Toluca in the round of 16.

Overall, if any MLS team has a reasonable chance of making the semis, it’s SKC.