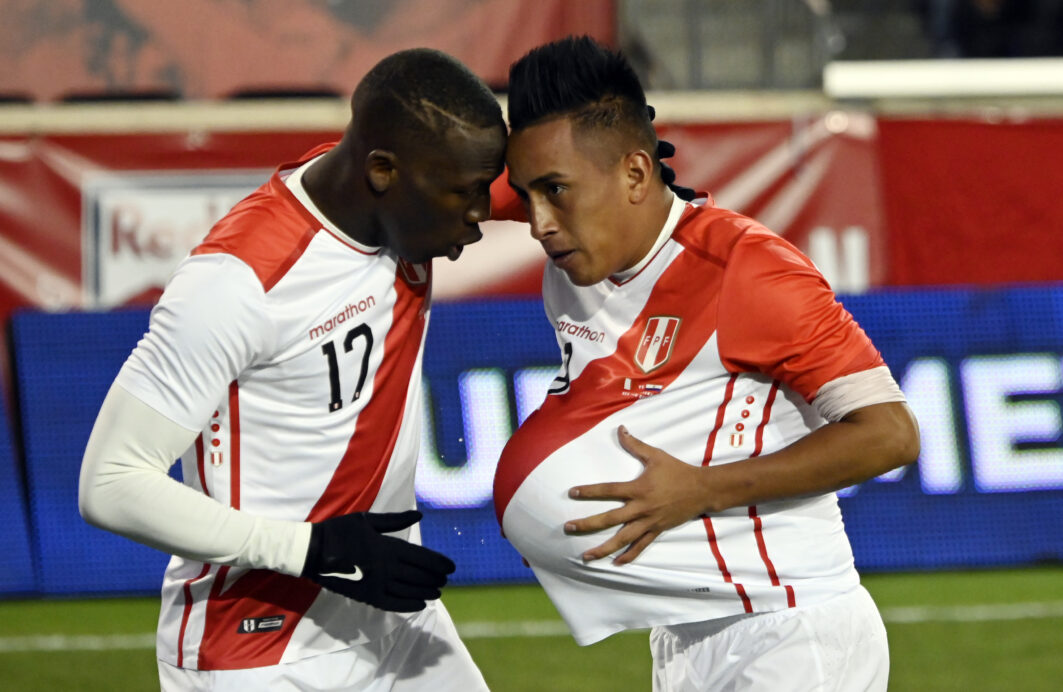 HARRISON, N.J. — Christian Cueva got back on the scoresheet, and as a result Peru got back in the win column.

A fourth-minute blast from Cueva ended a winless run of three games for Peru, as Ricardo Gareca’s side defeated Paraguay, 1-0, in a friendly at Red Bull Arena on Friday night. The narrow win was the Peruvians’ first since their 3-0 victory over Chile on Oct. 12, and handed new Paraguay head coach Eduardo Berizzo a loss in his debut.

Using the match as a tune-up for this summer’s Copa America in Brazil, the Peruvians got on the scoresheet before everyone in the stadium had taken their seat. Right midfielder Andre Carrillo started the sequence four minutes in with an explosive dribbling run towards the middle, but it was a poor clearance from Fabian Balbuena that allowed Cueva to strike.

The 27-year-old attacking midfielder pounced on the loose ball at the top of the penalty area and rifled it, from the right side of the box, into the top left corner. The goal was Cueva’s first for Peru since netting against Scotland on May 30 of last year.

“I needed to score,” said Cueva. “It has been almost a year since I scored, since last May, and I’m happy about that and happy because the team won again.”

Added captain Jefferson Farfan: “Christian is a very important player for us. We know what he can give and today he showed once again what’s made of.”

While the game did not have too many clear-cut chances on either end, Paraguay had a couple of decent looks to pull level. One came via a header from captain Gustavo Gomez on a set piece in the 18th minute, but Peru goalkeeper Pedro Gallese dove low and to the right to push the ball away to safety.

Another came just after the hour-mark when Miguel Almiron sparked a counterattack and fed Antonio Sanabria down the left. Sanabria, however, scuffed his shot well wide of the far post.

“We have more to give,” said Cueva. “We have to fix and fine-tune some things, but we also need to take into account that the opponent is a different type of Paraguay team. They came out trying to build up, have a great coach, and great players.”

The Peruvians will continue their preparations for the 2019 Copa America on Tuesday when they take on El Salvador at Washington D.C.’s RFK Stadium. The Paraguayans, meanwhile, will next face Mexico at Levi’s Stadium in San Francisco, California that same day.