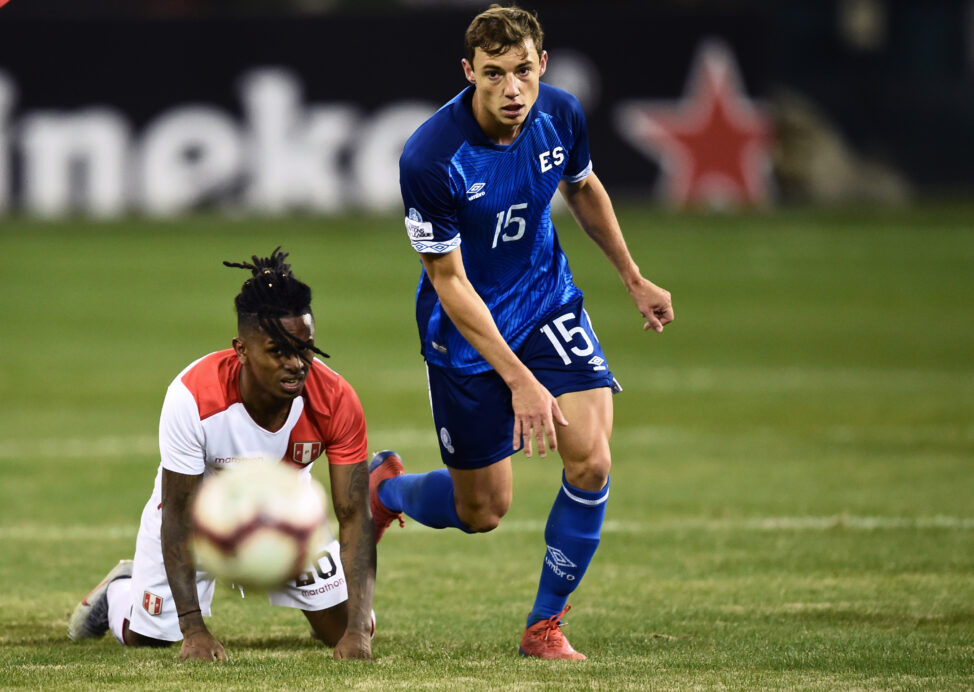 WASHINGTON — El Salvador took a grand total of one shot on Tuesday. It came in second-half stoppage time.

The Central American nation still managed to finish with two goals and a rousing victory against a Peru side that was admittedly left embarrassed.

Peru suffered a stunning 2-0 loss to El Salvador at RFK Stadium on Tuesday night, succumbing to a pair of goals after the hour-mark to taste defeat for the first time in 12 matches on U.S. soil. The decisive tally in the friendly came via an own goal from left back Miguel Trauco in the 61st minute, and the insurance strike, El Salvador’s lone attempt on the frame, came exactly 30 minutes later off an ice-cold golazo from substitute Oscar Ceren.

The Peruvians finished the game outshooting the Salvadorans, 20-1, and with a 61-39 percent advantage in possession, but all of it was for naught on a night to forget for the South Americans.

“Today was an embarrassment for us,” said Peru right back Luis Advincula. “We feel embarrassed because of how the game unfolded. This has to serve us as a tool to improve and as a lesson for the games that are coming.”

Peru may have been the better side from the run of play for almost the entirety of the match, but the inability to put away chances against a disciplined, organized, and tough defensive block kept El Salvador in the game.

The Salvadorans took full advantage of that, too, albeit with some help. A long diagonal pass over the top played by El Salvador left back Juan Barahona was headed towards a streaking Santos Ortiz just after the hour, but a reeling Trauco got to it first, only to clip the ball over goalkeeper Pedro Gallese and into Peru’s own net.

Peru had chances before and after that play to strike, but some poor finishing combined with a strong performance in El Salvador’s goal by netminder Henry Hernandez kept the Peruvians at bay. Hernandez finished with seven saves, including a pair of good ones against Yordy Reyna in the opening half.

“It’s a game that will serve us if we can learn from not capitalizing on our chances,” said Peru head coach Ricardo Gareca. “We’re a national team that can beat anybody and can lose to anybody. This was one of those strange games of soccer, but one that you see happen regularly throughout the world.”

Peru tried to push numbers forward after conceding and even inserted veteran attacker Jefferson Farfan to try to find an equalizer. Farfan went on to have a decent look, but he skied his attempt on the volley from inside the penalty area.

Desperate to try and tie the game, Peru sent numbers forward for a corner kick in stoppage time. The gamble proved costly, though, as El Salvador cleared the ball and hit on the break with lots of space. Ceren was then played clear through on goal and he made no mistake, racing towards Gallese before smashing a shot into the top left corner to ensure the Salvadoran victory.

“They shot once on goal and scored two goals,” said Gareca. “That’s the mystery soccer can have and the things that happen in soccer. We had clear-cut chances on goal but not in an overabundance. We had a lot of possession, but we lacked some clarity in the final third. Even with that, we had players 1-on-1 with the goalkeeper.

“Soccer is about efficiency, and we didn’t finish the chances we had.”

The Peruvians’ next camp will be in May ahead of the Copa America in Brazil, where they will face the host nation, Venezuela, and Bolivia. El Salvador will also get together around that time in order to undergo final preparations for the Concacaf Gold Cup in June.