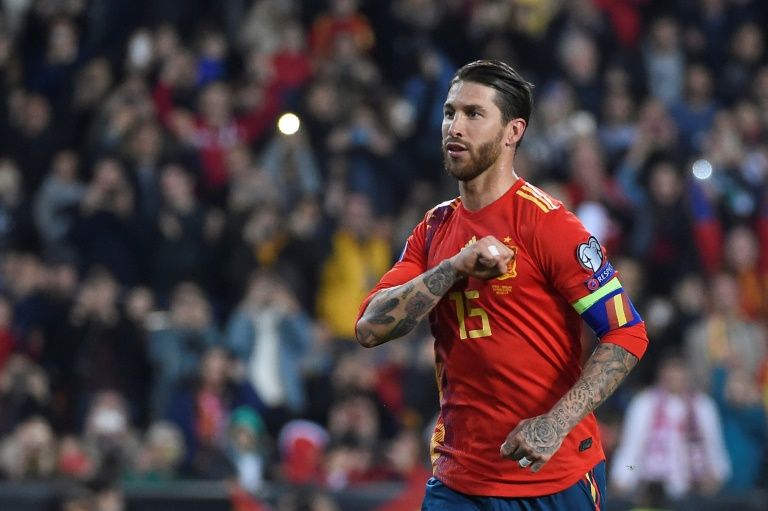 Spain is aiming to get back in the spotlight of European Football after a disappointing showing in last summer’s World Cup. The hosts kicked off European Qualifying on Saturday and was able to grab their first three points of the campaign in Valencia.

Goals in each half helped Spain to a 2-1 success at Mestalla against Norway. After an early effort from Alvaro Morata, Spain broke the deadlock in the 16th minute as Rodrigo Moreno scored in his home stadium. The Valencia striker got on the end of Jordi Alba’s assist and slotted in his first goal of qualifying. Norway would equalize in the 65th minute with Bournemouth striker amongst the goals once again. King stepped up from the penalty spot and beat David de Gea to draw the Norwegians level. However, the hosts would have the last laugh as Sergio Ramos scored a penalty kick of his own six minutes later to earn his side three points.

Elsewhere, France rolled past Moldova away from home while England trounced the Czech Republic at Wembley. Italy was also in the winning category after a clean sheet victory over Finland. Switzerland, Sweden, and Belgium also grabbed important victories on Matchday 1.

Here’s a closer look at some of the results from Matchday 1:

Defending World Cup Champions France opened up qualifying with a 4-1 triumph in Moldova on Friday. Four different players found the back of the net for Les Bleus who held a 3-0 advantage at halftime. Antoine Griezmann opened things in the 24th minute before Raphael Varane extended the visitors advantage three minutes later. Olivier Giroud’s left-footed finish in the 36th minute continued the onslaught in Chisinau. Kylian Mbappe added his name on the scoresheet in the 87th minute before Vladimir Ambros pulled a consolation goal back two minutes later for Moldova.

Italy was able to earn their first three points of qualifying on Saturday with a 2-0 triumph in Udine against Finland. Nicolo Barella’s long-range strike kicked things off with a bang for Roberto Mancini’s side after seven minutes. Moise Kean would insure the victory in the 74th minute, receiving Ciro Immobile’s through ball and slotting past Bayer Leverkusen keeper Tomas Hradecky. The Italians host Liechtenstein on March 26th hoping to make it two wins from two this month.

Manchester City winger Raheem Sterling has been in strong form all season domestically and the speedster carried that over to England on Friday. Sterling bagged a hat trick in the Three Lions 5-0 hammering of the Czech Republic at Wembley Stadium. Sterling’s first goal came in the 24th minute with the winger putting away Jadon Sancho’s pass.

Harry Kane scored from the penalty spot before halftime after Sterling drew a foul from Pavel Kaderabek. Sterling continued his busy evening in the 62nd minute as he scored into the bottom-left corner. He capped his hat trick in the 68th minute with his best effort of the match, beating Jiri Pavlenka from outside of the box. A Tomas Kalas own-goal made it 5-0 at the final whistle, making Gareth Southgate a very happy man early in qualifying.

Here’s all of Matchday 1 results: