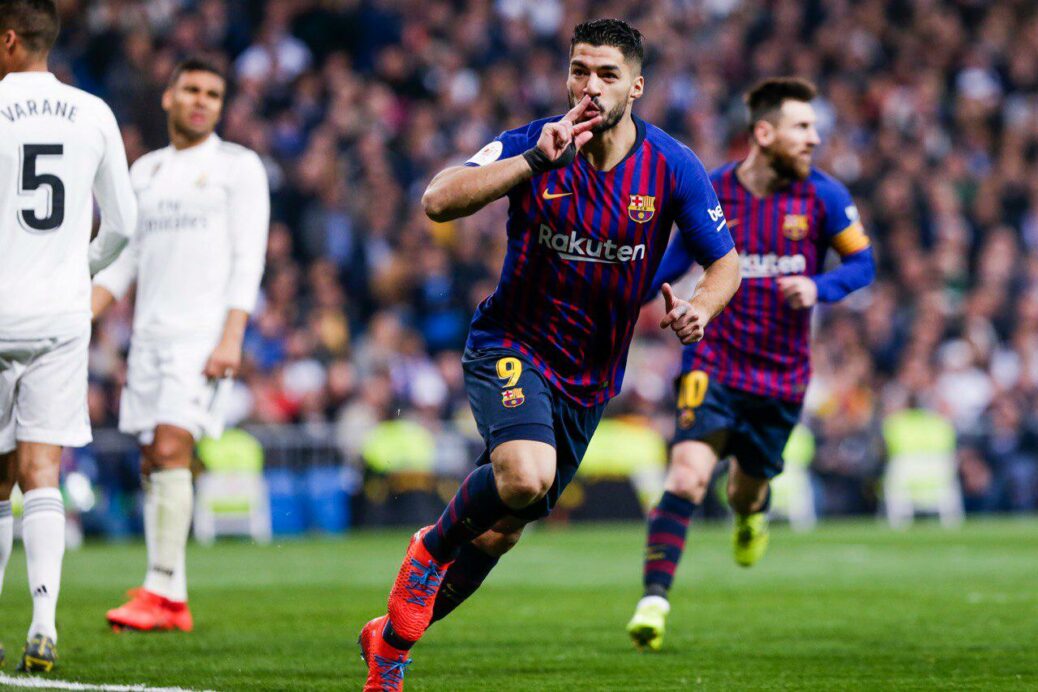 Real Madrid is hoping to find payback on Saturday as they host Barcelona. The latter knocked Los Blancos out of the Copa del Rey with a 3-0 midweek thanks to a Luis Suarez brace.

A win for Madrid would be huge as it would close the gap between the two Spanish giants to six points in the La Liga table. A win for the visitors would send them 12 points above Sergio Ramos and Real Madrid making a La Liga trophy lift for Los Blancos nearly impossible.

Elsewhere in Europe Tottenham will be hosting Arsenal. The North London pair are coming off opposite results with Arsenal heading into the fixture more comfortable if last match’s form is anything to go off of.

Spurs’ last match was a 2-0 defeat to Chelsea capped off by a terrible Kieran Trippier own goal which summed up the club’s day. Arsenal, on the other hand, is riding a 5-1 win over Bournemouth into Saturday’s match giving them all the confidence they need to take down Spurs.

The North London Derby isn’t the only derby this weekend in England as Liverpool are set for a visit to face Everton in a Merseyside clash.

Liverpool, like Arsenal, is riding a large win into Sunday thanks to a 5-0 hammering of Watford midweek. Everton is also coming off a big win as they defeated Cardiff City 3-0 in their most recent match.

Manchester City will be hoping an Everton find a way to steal at least a point with the blue half of Manchester continuing their chase of Liverpool at the top of the league table. City will face Bournemouth on Saturday.

Manchester United are also in action this weekend as they host Southampton at Old Trafford. The Red Devils are unbeaten domestically since Ole Gunnar Solskjær took the wheel in December.

Here’s all of this weekend’s Premier League fixtures:

Spain has plenty of entertainment to provide outside of El Clasico this weekend as Atletico Madrid are also in action. Real Madrid’s noisy neighbors will be hosting Real Sociedad.

Atletico have much to gain from El Clasico this weekend as a win from Los Blancos could move them to within four points of Barcelona. However, a Barcelona win can give Atletico some breathing room with Real Madrid trailing them by just two points.

Borussia Dortmund kicks off action in Germany’s top flight with a Friday fixture against Augsburg. The latter will play host but face tough competition in the current table toppers. Dortmund is hoping to leave Augsburg with all three points and remain at the top of the Bundesliga table.

Bayern Munich will be visiting Borussia Monchengladbach which is not an easy task. Monchengladbach sits in third place in the Bundesliga but have failed to win any of their last three matches. A win for Bayern and a poor result for Dortmund could move the current champions to the top of the table.

The top two teams in Italy are set for a clash this weekend as Juventus visit Napoli. The former remains unbeaten in Serie A but will be facing their toughest fixture yet as they travel to Stadio San Paolo.

Another key match in Italy features Roma and Lazio as the pair partake in another Derby della Capitale. The only prior meeting between the two this season ended in Roma’s favor. A win for Lazio this time around would close the gap between the two to just three points with Lazio having a game in hand.

Marseille is set for a clash with Saint-Etienne this weekend headling action in France. The two clubs are currently fighting for a Europa League spot for the next campaign but still have time to clinch a Champions League berth.

Marseille currently sits two points behind the club they’ll be hosting on Sunday which means a win for the hosts moves them to fourth place and a right to European competition in the next season.