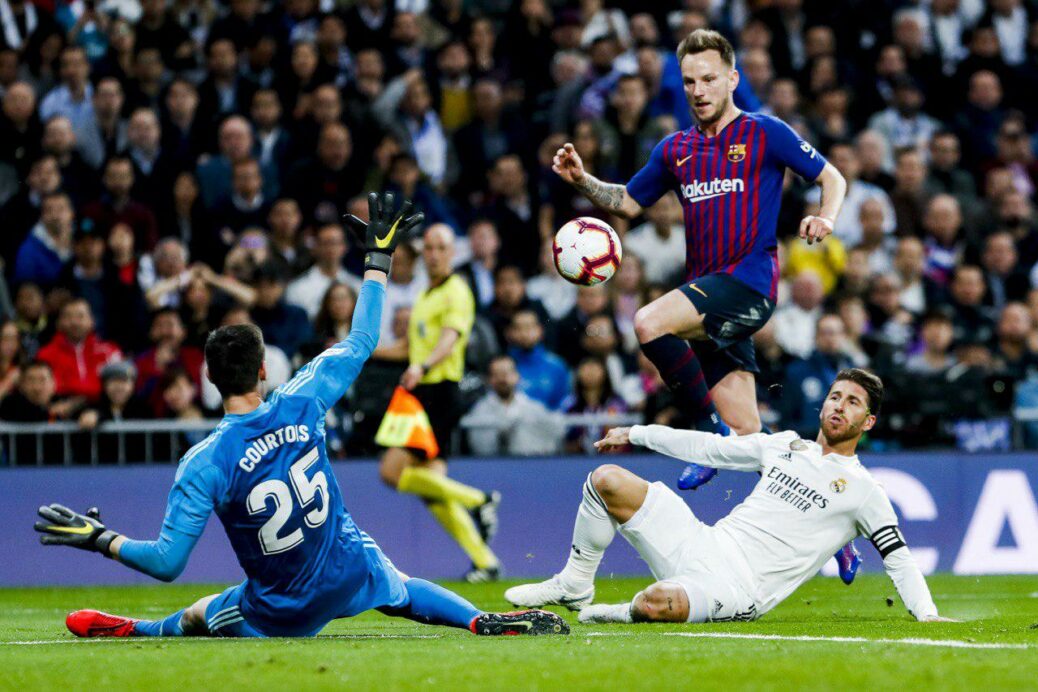 Barcelona held Real Madrid scoreless for the second time in four days as they left Madrid with a 1-0 win on Saturday. Ivan Rakitic scored the game’s lone goal which featured a clever finish in the 26th minute.

Another one of Europe’s top rivalries took place this weekend when Tottenham Hotspur hosted Arsenal. The game ended 1-1 but was not short of entertainment and controversy.

Aaron Ramsey opened the scoring in the 16th minute after a long run towards goal. The Welshman kept his cool and slotted it behind Hugo Lloris. Harry Kane found the equalizer in the 74th minute from the penalty spot.

Arsenal had a chance of their own from the penalty spot but Lloris was equal to Pierre-Emerick Aubameyang’s spot kick.

Liverpool fell behind Manchester City at the top of the Premier League table thanks to a Merseyside Derby draw with Everton. The game ended scoreless despite Liverpool having a few good opportunities to break the deadlock on either side of the halftime whistle.

Manchester United played an exciting five-goal thriller at Old Trafford against Southampton which saw the Red Devils edge their visitors on Saturday.

Romelu Lukaku scored an impressive brace including an 89th minute winner. The Belgian wasn’t the only one to bag goals for the personal highlight reels as Charlie Austin and James Ward-Prowse each gave David de Gea little opportunity to prevent the ball from hitting the back of the net.

Borussia Dortmund fell to Augsburg to open Bundesliga play this weekend Paco Alcacer’s late goal wasn’t enough. The loss mixed with a big Bayern Munich win resulted in the two German giants to be level at the top of the table on points.

Italy’s two top teams met this weekend as Juventus visited Napoli in an exciting affair. Both teams received red cards, but the reigning champions managed to pick up all three points.

Goals from Miralem Pjanic and Emre Can had Juventus ahead at the halftime whistle. Jose Callejon got on the end of an inch-perfect cross from Lorenzo Insigne to restore Napoli’s hope. Unfortunately for Insigne, he missed a penalty kick in the 84th minute and Juventus escaped with all three points.

PSG opened this weekend’s games in France’s top flight with a 2-1 win over Caen. The table toppers went behind thanks to a Rodrique Ninga goal but picked up all three points thanks to a Kylian Mbappe brace.

Elsewhere in the country, Lyon picked up a 5-1 win over Toulouse while Saint-Etienne fell 2-0 to Marseille. Monaco extended their unbeaten streak to five thanks to a 2-2 draw away from home against Angers.