“Fantastic” Kljestan leads in all areas against Red Bulls 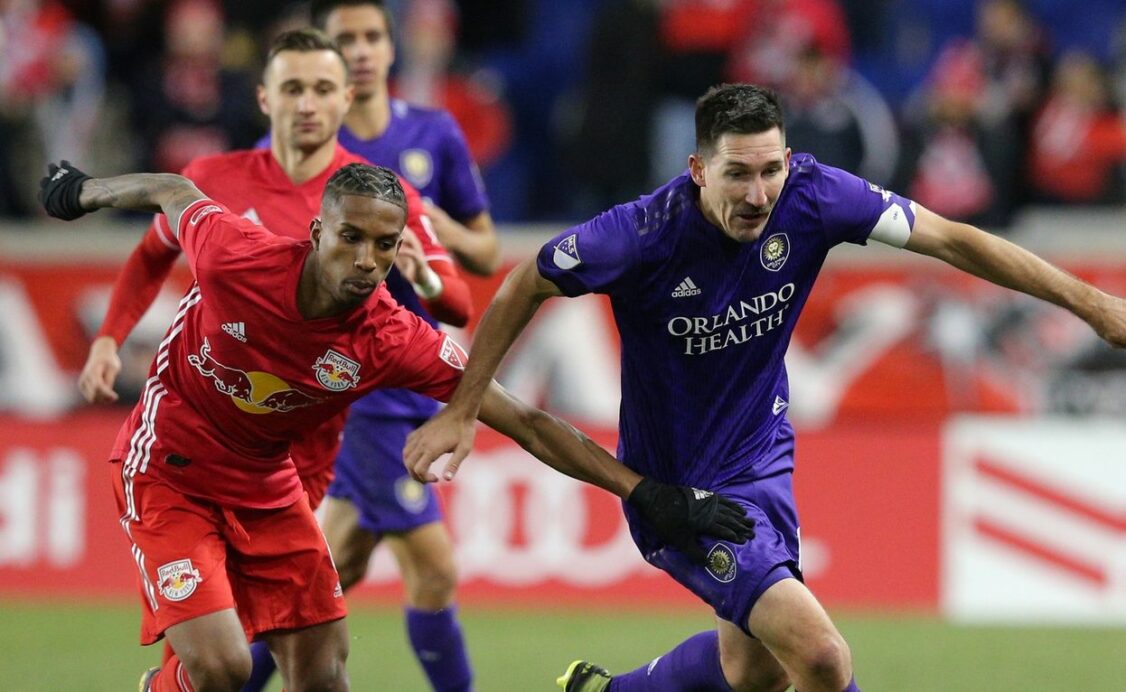 For the second season in a row, Orlando City was able to earn their first victory of the season in March. Coincidentally, the Lions earned those three points against one of the top teams in the Eastern Conference, the New York Red Bulls.

Saturday’s 1-0 win at Red Bull Arena saw the Lions bounce back from their first loss of 2019 but also saw Sacha Kljestan play the hero against his former club. Not only did Kljestan score the lone goal in the match, he was the best player on the field for Orlando City both offensively and defensively.

“Sacha did a fantastic job, offensively and defensively,” Lions head coach James O’Connor said. “I am really pleased for Sacha he’s obviously got a lot of history here. I know he has huge respect for everybody at the Red Bulls organization. For him to have that level of performance, not only the goal but the work he put it on the road against his former team is fantastic.”

“The frustration last week against Chicago was that we didn’t really put in a good performance whereas earlier games this season we thought we deserved more points than we got,” O’Connor said. “The players showed tonight that we can get points and that it wasn’t just a one-half game, we played 90 minutes and got rewarded for it.”

Kljestan led by example on Saturday night, completing more passes (33) and winning more duels (12) than any other Lions player in the road win. Defensively, he helped Orlando City shut down a dynamic Red Bulls attack which saw Bradley Wright-Phillips limited to zero shots on goal. The Lions closed passing lanes which normally the Red Bulls love to pass through while also countering with the likes of Kljestan, right-back Ruan, and forward Nani.

It was a emotional evening for Kljestan who spent two seasons with the Red Bulls, helping them lift a Supporters Shield crown in 2016. He enjoyed the opportunity to return to his old home in Red Bull Arena but most importantly he savored the victory which was the Lions first since Oct. 21st, 2018.

“The biggest thing for me is that we won,” Kljestan said. “We desperately needed a win and a road win to boost the confidence of our group so that was huge. Obviously it feels good to get a game-winning goal. It was a little bittersweet, I love this place [Red Bull Arena], I love those guys, Chris Armas and the whole group is a great group of guys, I miss them. But overall it’s a good feeling.”

“We badly needed this win. A much-needed three points but a much-needed performance as well,” Kljestan continued. “As a team we played really well. Earlier today Nani brought the group together and gave us a good speech on how we need to grind it out and win ugly. I thought that part of our performance was good, defensively we were super organized and put our bodies on the line. So many headers and second headers were won and we even learned our lesson from the Chicago game with running out the time near the end of the game.”

Orlando City handed the Red Bulls their first home shutout loss since June 2017, a result which doesn’t happen often in MLS. After earning their first win of the new season, O’ Connor and Co. now prepare for a two-match homestand against D.C. United and the Colorado Rapids. Saturday’s effort in Harrison though brings a lot of positives to the table as the Lions now aim for back-to-back wins for the first time since April-May 2018.

“I thought there was a lot of positives tonight,” O’Connor said. “The manner of the performance was very good, the mentality was excellent, our chance creation I thought was very good as well, we were unlucky to not come into halftime leading the match. I’m really pleased for the players, the identity of the players cannot be judged off last week so the players got the reward tonight.”