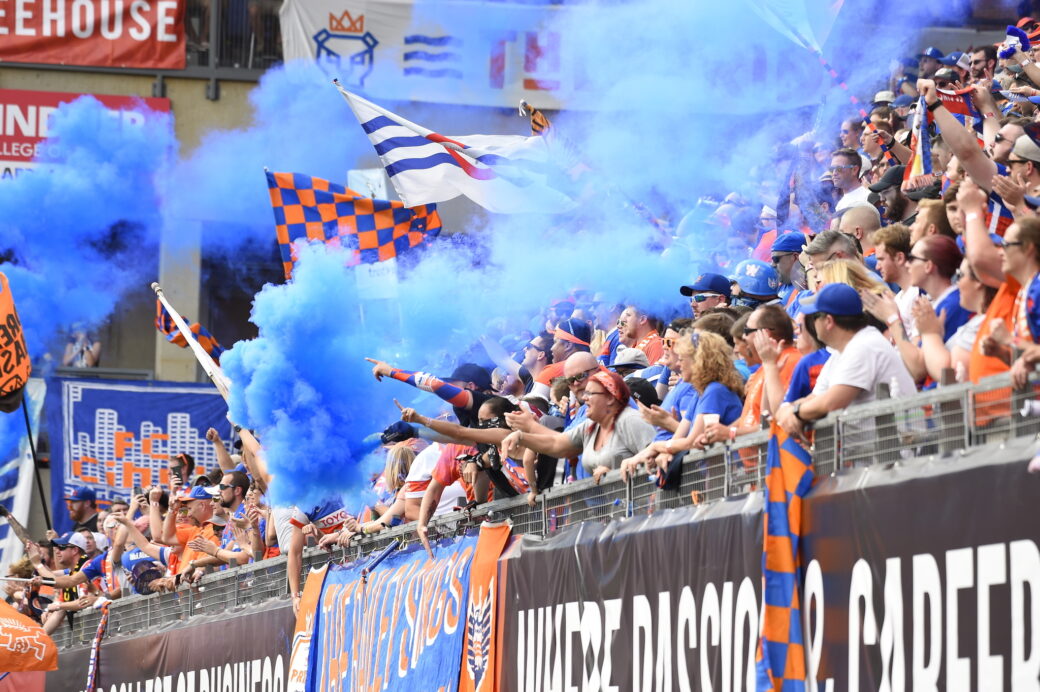 Located in the middle of the campus of the University of Cincinnati, Nippert Stadium is set to make its MLS debut as the home of expansion side FC Cincinnati. The historic ground has been preserved since 1901, primarily being used for college football, but on Sunday it hosts an inaugural MLS home match as FC Cincinnati welcomes the Portland Timbers.

While FC Cincinnati is new to the league, Nippert Stadium has been the only home the club has known since its inception and has been the class environment of USL for the past three seasons. Regularly boasting crowds in excess of 30,000, Nippert will be the home of FC Cincinnati until construction of West End Stadium is completed in 2021. While its MLS days are numbered, Nippert is currently the fifth largest stadium in the league by capacity.

The venue’s reputation is growing nationally in the run-up to its first MLS season, as USMNT has announced Nippert Stadium, for the first time will be hosting a friendly against Venezuela on June, 9th 2019.

Though Nippert has been a happy home for The Orange and Blue since 2016, the reality is nine or more players in FC Cincinnati’s starting XI will be experiencing the environment for the first time, just like the visitors.

“I think home field advantage is because of familiarity and we don’t have that just yet,” Head coach Alan Koch told SBI. “We’re excited to play at home of course, because you have to play your fist game at home to build on it but its going to take time for the guys to really feel like this is our home.” Koch said. “I think what’s important is we get to embrace our fans and the atmosphere of the stadium. I know what its like, but I’m really excited for some of our new players to actually see what it’s like because we have a very special soccer environment here in Cincinnati.”

While Cincinnati fans will certainly be singing louder than ever, Koch is not getting lost in the sentimental aspects of the evening.

“Our jobs are to focus within the white lines. For myself, managing the group like I know I have to.” Koch said. “For the players, this is just another game I don’t think it helps us for anybody getting caught up in too much emotion heading into the first home game”

As FC Cincinnati checks its proverbial firsts off its list, there is real opportunity for the club to combine its home match and MLS victory after a run of opponents that any team in the league would struggle with, let alone an expansion side.

“If we can end tomorrow [Sunday] night with four points I think we would be over the moon. To have played Seattle, Atlanta, and Portland in the first three games has been a baptism of fire but I’m glad we’ve been given that challenge.” Koch said. “We found out a lot about our group already in the first two weeks and we’ll find out a a lot about our group after the game tomorrow.

Forward Fanendo Adi joined FC Cincinnati on transfer from Portland after asking to leave the club when he saw his minutes wain in 2018. Sunday will be his first meeting with his former club, and an opportunity to make his case against the club that ultimately let him go.

“It will be great, a lot of emotion but I’m playing in Cincinnati. If the game was going to be in Portland that would be a little different,” Adi said. “Playing in front of our fans is going to be extra motivation for us to go try and win the game. We’re just going to enjoy the game and not add any pressure on myself or the team. It is going to be a tough game but I think we just have to do everything we can to come out excellent.”

Defender and Cincinnati native Nick Hagglund was drafted in 2014, before the initial conception of FC Cincinnati was public knowledge. Hagglund, the Xavier University product now finds himself as the ambassador of the city for his teammates, and a favorite for new fans to latch onto.

“I’m so proud to be in front of my friends and family in the city I was born in.” Hagglund said. “When I was five years old I never imagine that this was an opportunity or something that would have ever happened. It’s a dream to be able to come out here and perform in front of the people and city that I love.”

The inaugural home match is special for any club in any league across the world. FC Cincinnati was not private with its aspiration to join MLS since its inception in 2015 and no matter the result of the match, the occasion is a conclusion in a way for the club.

Cincinnati is a market starved for a winner. FCC’s goal of MLS status has been achieved, and now the club finds itself with its next challenge of being a competitive team, and brining the city of Cincinnati its first major league trophy since the 1990 Cincinnati Reds of Major League Baseball.