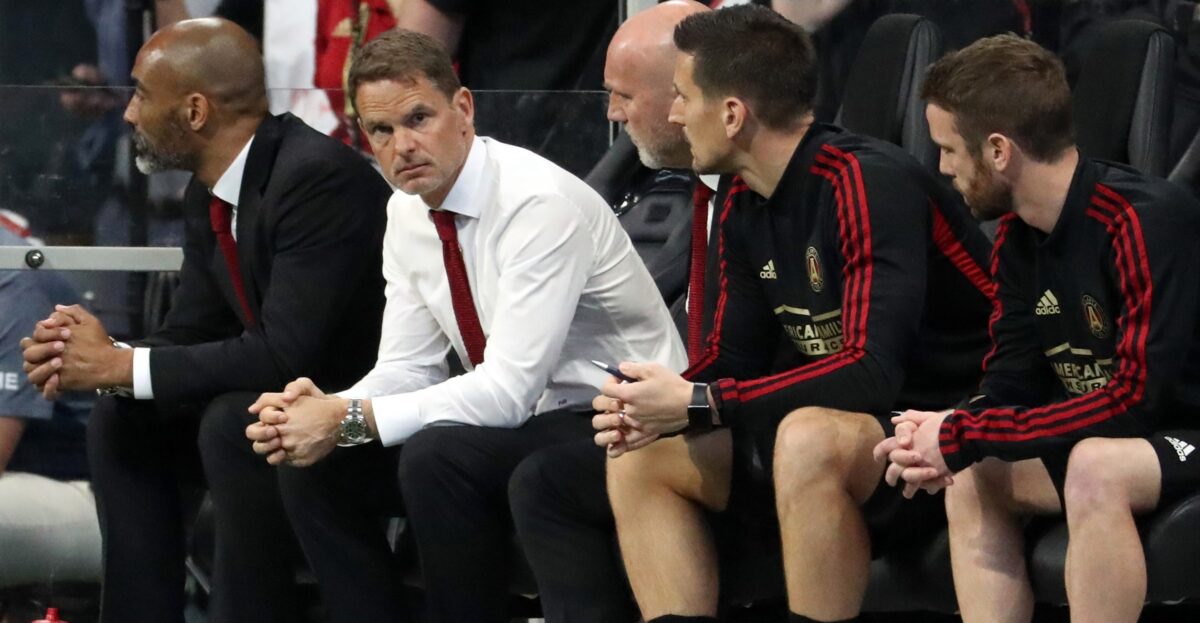 Frank de Boer’s start in Atlanta has been anything but peachy.

Record-wise, he’s already dug himself a hole as the defending MLS Cup champions are 0-1-1 to start the 2019 campaign, but he dug himself even deeper after Sunday’s draw against MLS newcomer FC Cincinnati, calling Atlanta United supporters “spoiled.”

“[The fans] were a little bit spoiled with the results last season,” he said in Sunday’s post-match presser. “Everybody has expectations, and that’s also normal, but everybody also saw what happened with Toronto FC when they played in the Champions League last season.”

He apologized for that comment on Tuesday, speaking ahead of Atlanta’s CONCACAF Champions League matchup against Monterrey – a matchup they currently trail 3-0 on aggregate.

“Spoiled was maybe the wrong pronouncement,” De Boer said. He explained that the word “spoiled” in Dutch has a different meaning than it does in English.

“It’s hard for them because they’re used to winning,” he explained. “We will try to get that feeling back as soon as possible.”

That winning feeling has eluded Atlanta to start 2019. The Five Stripes have won just once in their last five matches across all competitions. After apologizing, de Boer tried to get the supporters to rally, emphasizing their importance to the club.

“They are used to the victories,” he said. “Sometimes, we have a little bit setback. We can lose a game or draw the game, but it’s important for the supporters to support the team, as they always do and did against Cincinnati. To be the 12th man.”