Gonzalez’s return to USMNT brings back bad memories, but also a new opportunity 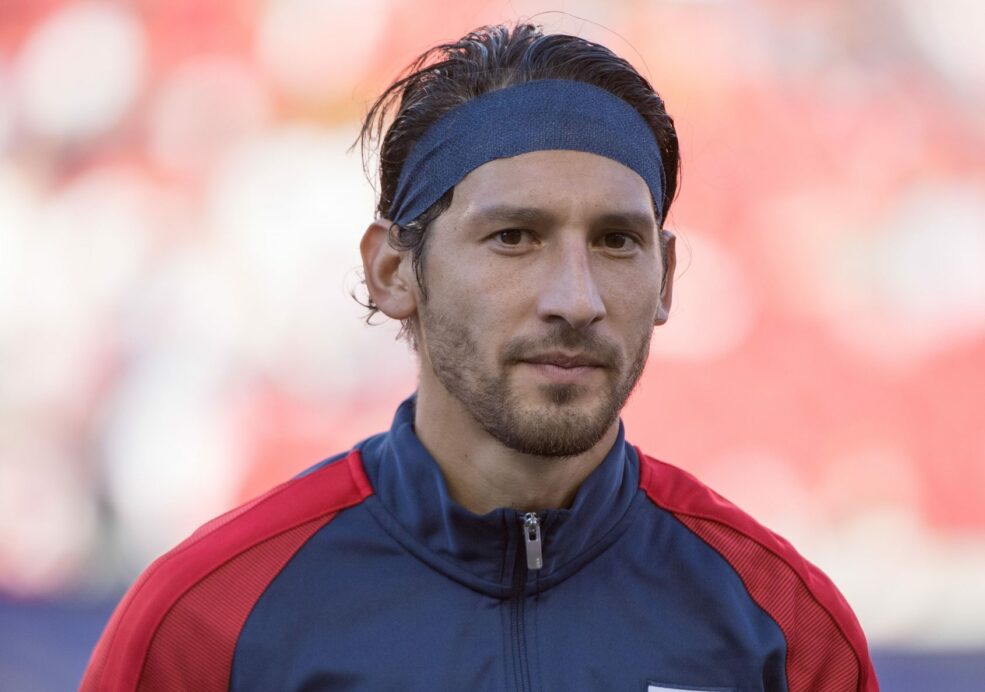 Omar Gonzalez’s first camp with the U.S. Men’s National Team in more than a year has provided him an opportunity he was desperate for, even though it was always going to bring back some painful memories.

Gonzalez played a major role in the USMNT’s World Cup qualifying loss in Couva back in 2017 for all the wrong reasons. His own goal against Trinidad & Tobago played a hand in the then Bruce Arena-led side being eliminated from qualifying for the 2018 FIFA World Cup.

As much time as passed, Gonzalez admits that the memories will never go away, but he has worked to set the pain aside and focus on continuing to build his club career.

“It’s been around a year-and-a-half since my last call-up, that night in Trinidad & Tobago,” Gonzalez said at a media roundtable on Tuesday. “It’s definitely lingered, it’s stayed with me for a long time. I don’t think I’ll ever be over it but I am past it mentally. As an athlete you can’t stay with those things too long or else you lose what you’re doing at the moment.”

“I still have teammates that rely on me to do my job at my club,” Gonzalez said. “You have to deal with those emotions but still find a way to be on for your club. That’s what I had to deal with. You have to get over these moments and that’s what I did to try and be better.”

Since then, Gonzalez has moved on to Liga MX side Atlas where he has become a regular after an unsuccessful spell prior with Pachuca. The 30-year-old got the call in and is one of several veterans in the squad, joining fellow defender Tim Ream and midfielder Michael Bradley in Berhalter’s first squad which included European-based players.

Even though younger options like John Brooks and Matt Miazga are projected to be the starting centerback duo, Gonzalez’s arrival adds vast experience and familiarity to the squad. His continued growth in Mexico has shown that Gonzalez still has plenty to offer this team with the Concacaf Gold Cup just under three months away.

“Playing wise I think I’m a totally different player than I was a year-and-a-half ago,” Gonzalez said. “I’ve put in the work to improve where people think I have plenty of faults. I really took a look at myself and asked where I can improve on my game. My strengths can I do those even better? But also try to improve the things I don’t do well. I really improved with the ball and in many areas. It’s a daily grind of putting in the work. I had a set back but that’s not going to stop me from striving for greatness.”

Gonzalez is no stranger to Berhalter after the duo played together with the LA Galaxy during Gonzalez’s rookie season in MLS. While Gonzalez remained a key figure for the Galaxy, Berhalter began his coaching career with the team before embarking to Sweden. Even though the former teammates were not together long in LA, Berhalter has continued to be a mentor for Gonzalez and kept tabs on his development.

“As you mentioned, I was able to see Omar grow as both a player and a person up close and personal,” Berhalter said. “First of all playing alongside of him and helping him adapt to being a pro, then watching him from afar with the USMNT when I had departed. I think his maturity is what impressed me most and what it took to be a professional. His dedication in putting everything you can into making the most out of your career and that’s what I see in Omar.

“The not qualifying hit him hard as it did plenty of people,” Berhalter said. “Just regrouping from there, understanding that the sun will come out tomorrow and you will wake up. You’re going to keep going and you’re going to understand what we can learn from this, how can you process this individually that you can learn, and how we can move forward. And I think he’s done a good job of doing that.

There’s been times where he’s had to struggle and he keeps fighting and sticking to the process of improving as a player and he’s done a good job of that. That’s gotten him to this point right now.”

While the USMNT continues its growth as a unit, Gonzalez will hope that March isn’t the end of his stay with the team long-term. He may not be able to change the past, but with a former teammate now at the helm, Gonzalez has enjoyed the opportunity back and will look to lead the team into a new era.

“We maintained our relationship since he left and we still did that even when he took over as the new head coach,” Gonzalez said. “I told him I’d love to play for him. I liked what he did at Hammarby and with Columbus. I always enjoyed his style and how his teams played. These first two days have been eye-opening and really surprising but in a good way. Just the amount of detail, the amount of information, how they explain things, how they work, and them trying to paint a clear picture of who we are and how we want to play and I’m loving it.”