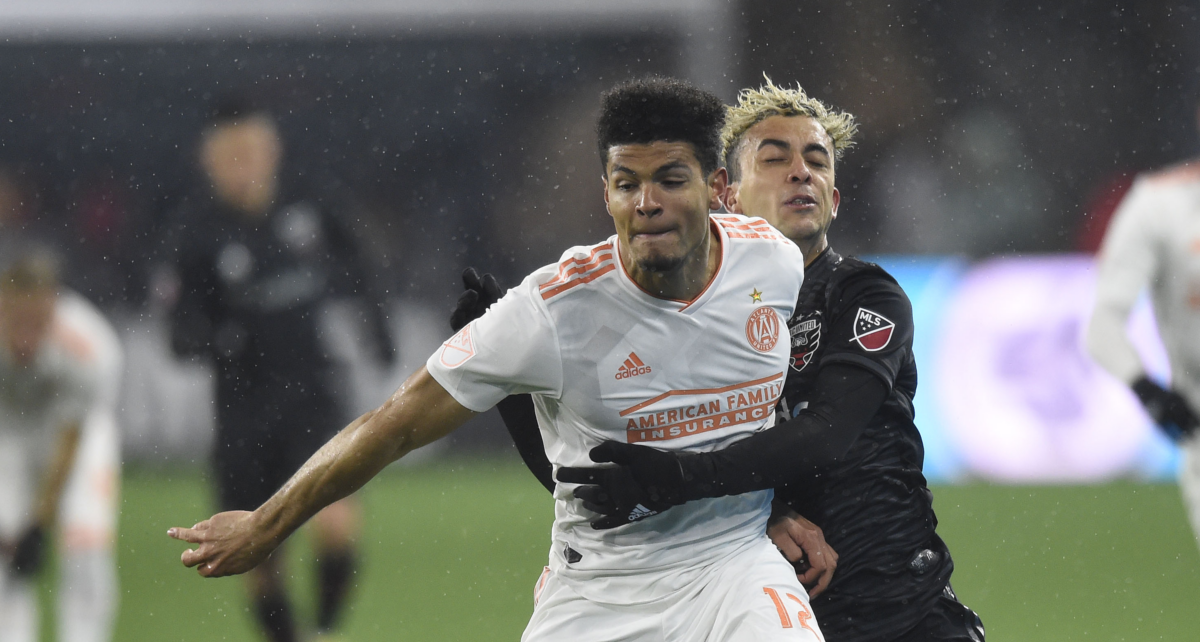 Atlanta United’s slow start to the 2019 MLS season has plenty of its fans concerned, but one of the clear bright spots of the early campaign has been the play of young defender Miles Robinson, and the U.S. Men’s National Team has taken notice.

The third-year centerback, who turned 22 last week, has been in outstanding form in MLS and Concacaf Champions League play, taking full advantage of the first real stretch of consistent playing time in his career. His form has caught the attention of USMNT coach Gregg Berhalter.

“I think it’s impressive, I really do,” Berhalter said of Robinson’s play. “We’ve been watching him and seeing him play and I’ve been impressed with him. He’s been asked to do a lot so far based on what’s been happening, but I think that he’s done a good job.

“I see him growing in the leadership and the competing,” Berhalter said. “He’s starting to come out more and stand out in games, whereas before he’d play games and you wouldn’t really notice him. Now, you’re starting notice and I think that’s a great thing for him, for Atlanta and the U.S. national team.”

The second-overall pick in the 2017 MLS Draft, Robinson didn’t play a single minute with Atlanta United’s first team as a rookie, and made just three starts in 2018, but he has started all three league matches for the defending champions so far this season and played very well. His performances in Concacaf Champions League, most recently including a pair of strong efforts against Monterrey, has boosted Robinson’s stock and has him looking like one of the breakout players of the 2019 MLS season.

“He’s one of the big surprises for me this season, because he’s constantly on a very high level,” Atlanta United coach Frank de Boer told reporters recently. “He’s still young, and he can learn a lot, but he has a good mentality. … He has a bright future ahead of him.”

Robinson has yet to receive a USMNT call-up, but is age-eligible for the U.S. Under-23 national team, which will be competing to qualify for the 2020 Olympics. Given the form he’s enjoying at the moment, Robinson has the look of a player who will make a strong push to be a part of that U-23 team, which