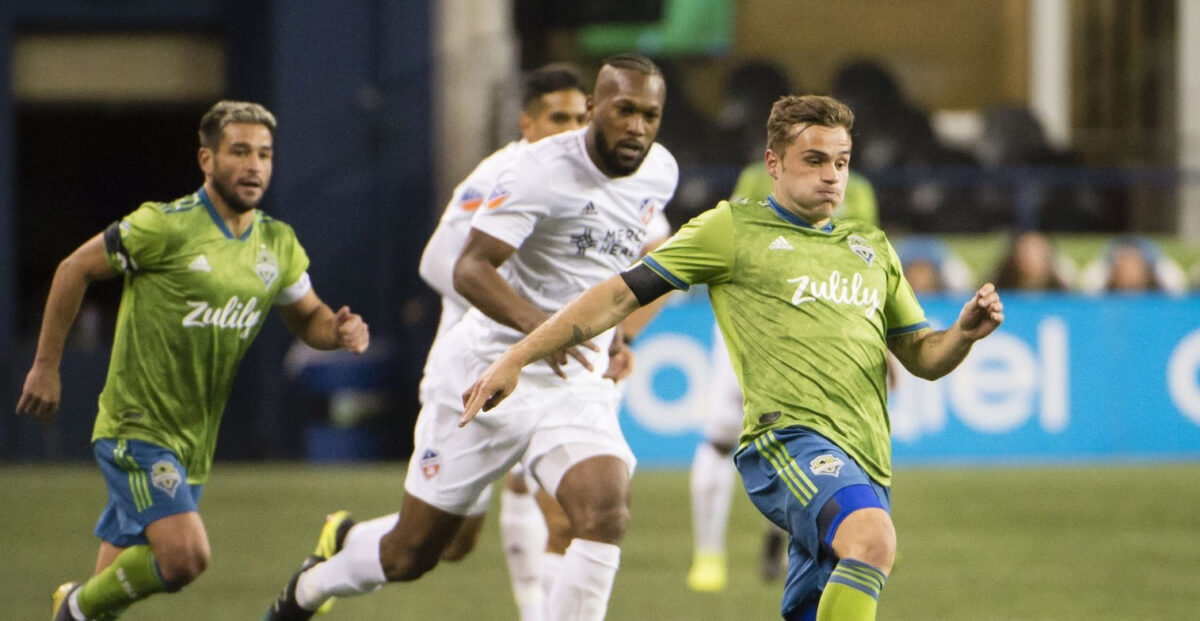 A full slate of Major League Soccer returns this weekend with teams in action everyday, including nine matches on Saturday.

Two All-Western Conference matchups are the marquee fixtures to watch with the LA Galaxy hosting the Portland Timbers on Sunday night. Zlatan Ibrahimovic could make his way back to the starting XI for the Galaxy who last defeated Minnesota United. As for Portland, they are seeking their first win of 2019 after a pair of successive defeats.

Elsewhere, Real Salt Lake entertains FC Dallas at Rio Tinto Stadium on Saturday. Luchi Gonzalez’s side are coming off a home win while RSL lost on the road against LAFC. Toronto FC returns to league play against NYCFC on Friday, FC Cincinnati hopes to make it three wins a row, and the Seattle Sounders travel to Vancouver.

Here’s a closer look at the top five MLS matches this weekend:

The Seattle Sounders travel to Vancouver to face a Whitecaps side seeking their first win under Marc Dos Santos. Jordan Morris returns for Brian Schmetzer’s team, hoping to add to his three league goals of the season. Cristian Roldan and Nicolas Lodeiro also had impressive performances on international duty as well.

The Whitecaps have been outscored 7-4 in their three losses so far and will need a strong outing defensively in order to avoid a rout at BC Place. Doneil Henry is the leader of the backline and will have a tough task ahead of him, dealing with the speedy Morris and versatile Raul Ruidiaz.

Seattle has won four of their last six league meetings against Vancouver.

Two of the Western Conference hopefuls return to league play on Sunday aiming for three points.

The LA Galaxy are coming off a 3-2 win over Minnesota United on March 16th, a match in which the hosts held on for all three points. Zlatan Ibrahimovic could return from injury for Guillermo Barros Schelotto’s side which would provide a boost to the offense. Sebastian Lletget and Chris Pontius are also in-form players to watch for LA.

Portland has struggled for results this season, being outscored 10-4 in their two losses and one draw so far. Defensively they need to be a lot stronger if they want to end their horrid run away from home at Stubhub Center. Larrys Mabiala, Zarek Valentin, and Jorge Villafana are the players to watch on the backline for the Timbers.

Two teams coming off opposite results will meet at Rio Tinto Stadium on Saturday night.

Real Salt Lake picked up points in their first two matches but since have lost a pair against D.C. United and LAFC respectively. Offensively they have yet to score multiple goals in a match this season which will need to change if wins are to come before the summer. Corey Baird, Albert Rusnak, and Damir Kreilach all are options in the final third.

FC Dallas defeated Colorado 2-1 last weekend which made it seven out of nine possible points at home this season. Luchi Gonzalez has seen Michael Barrios play a key role for the team so far, scoring two goals and make an impact from midfield. Other attacking options need to pick it up for Dallas to continue an upward trend up the West.

Toronto FC are a perfect 2-0-0 to begin the 2019 campaign, outscoring their opponents 6-3. Jozy Altidore’s return on Matchday 3 played a major factor as the U.S. Men’s National Team veteran scored the winner against New England. Altidore’s health this season will be important for Greg Vanney’s side who hope to return to postseason play.

NYCFC have drawn their first three matches to the season and will look to spoil the party up north. A 2-2 draw last time out against LAFC was a positive point but Dom Torrent needs his side to be better defensively closing out matches.

FC Cincinnati will be favorites to pick up their third consecutive win as they host the Philadelphia Union on Saturday.

Alan Koch’s side have earned seven points from a possible 10 to begin the season and have posted back-to-back clean sheets in wins over Portland and New England. Kenny Saief’s arrival has added a motivated attacking player to the mix while Kekuta Manneh is also in fine form. This duo should pose problems for Philly on Saturday.

The Union earned their first win last week in a 3-0 trouncing of Columbus at Talen Energy Stadium. David Accam’s inspiring two-goal performance propelled Jim Curtin’s side past the Crew who were missing several key starters. This weekend poses a tougher test for Philly who were one of MLS’ better road performers in 2018.

Here’s all of this week’s MLS matches: