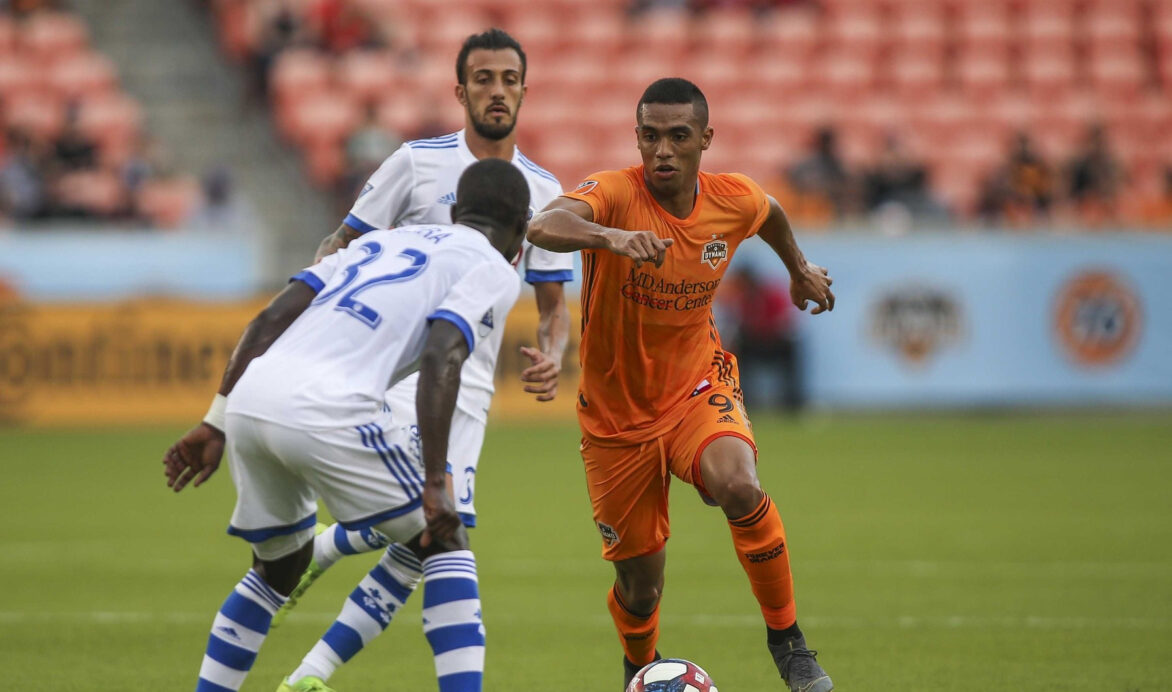 Week Two of the 2019 Major League Soccer season kicks off this weekend with plenty of teams still seeking their first points of the new campaign.

Meanwhile, several other teams are trying to continue strong starts after opening weekend wins. FC Dallas welcomes the LA Galaxy to town knowing Zlatan Ibrahimovic is unlikely to play a part. Luchi Gonzalez’s team is coming off a home draw seven days ago against New England.

Elsewhere, the Columbus Crew takes on the Revolution at Gillette Stadium while Orlando City travels to the Chicago Fire. After a snowy opening weekend draw, the Colorado Rapids face the Seattle Sounders in the late match of the evening.

A week after losing in heartbreaking fashion on the road, the Chicago Fire rallied to earn a point in their home opener. C.J. Sapong’s 95th minute header helped the 10-men Fire to a 1-1 draw against Orlando City on Saturday.

After a scoreless first-half, the Lions broke the deadlock with Dom Dwyer scoring his second goal of the season. The first-half substitute got on the end of Nani’s assist and finished nicely to put the visitors ahead 1-0. Things got worse for the Fire as defender Jorge Corrales was sent off after a vicious tackle on Ruan.

Pushing for an equalizer late, Sapong did what he does best and rose highest to head Przemyslaw Frankowski’s cross past Brian Rowe. It was Sapong’s second goal in as many matches for his new club. Orlando sits in fifth place while Chicago is in eighth.

The Columbus Crew earned their first three points of the season with two of their leaders having strong performances. Columbus downed the New England Revolution 2-0 at Gillette Stadium behind a brace from Gyasi Zardes and a penalty kick save from Zack Steffen.

Zardes opened things in the 26th minute as he headed Pedro Santos cross into the back of the net. Michael Mancienne was left in no mans land allowing Zardes to give the visitors a 1-0 lead. Diego Fagundez’s penalty kick in the 59th minute was saved by Zack Steffen, keeping Caleb Porter’s side in the lead. Gaston Sauro was the guilty party as he brought down Wilfried Zahibo, but the U.S. Men’s National Team keeper came up clutch.

Brandon Bye was sent off in the 84th minute after catching Santos with an elbow to the head reducing the hosts to 10-men. Zardes would ice the win in stoppage time, finishing Hector Jimenez’s pass past Brad Knighton for his second of the day.

FC Dallas was able to take advantage of Zlatan Ibrahimovic’s absence on Saturday to grab their first win of the season.

Second-half goals from Reto Ziegler and Bryan Acosta separated by eight minutes gave Luchi Gonzalez his first victory as FC Dallas head coach as Dallas downed the LA Galaxy 2-0. Ziegler stepped up and scored the opener in the 53rd minute from the penalty spot. Diego Polenta was whistled for a foul on Matt Hedges allowing Ziegler to take the PK.

Acosta opened his FC Dallas account as he rifled home from long-range in the 61st minute. David Bingham was beaten to the bottom-right corner which gave the hosts a deserved insurance goal. Without Zlatan, the Galaxy only had one shot on goal and suffered their first loss of 2019.

The Houston Dynamo bounced back from a loss in the Concacaf Champions League quarterfinals to earn their first win of the MLS season.

Wilmer Cabrera’s side erased a first-half deficit to down the visiting Montreal Impact 2-1. Memo Rodriguez’s long-range equalizer drew the teams level, two minutes after Saphir Taider’s second goal of the season for the Canadian visitors.

Mauro Manotas played the hero in the 86th minute, scoring from close range after Romell Quioto’s drove a cross into the box. It was Manotas second straight game with a goal and his 38th for the club in league play.

Despite having the edge in possession, the Impact only had one shot on goal out of their seven in total.

A pair of Western Conference sides looking to grab their first wins of the season will meet at Rio Tinto Stadium.

Real Salt Lake was able to grab a point in a 1-1 draw against Houston while Vancouver fell 3-2 to Minnnesota United. Mike Petke’s side will be favorite to grab a home win but will need to neutralize Vancouver’s attacking players while also being clinical in front of goal.

Vancouver allowed Darwin Quintero to have a three-point night last weekend and this time will have several players to keep quiet for RSL. Doneil Henry’s role as leader of the backline continues to grow but he will need help from Victor Giro, Erik Godoy, and others for the Canadian club to return home in a positive manner.

San Jose’s Chris Wondolowski comes just close to tying Landon Donovan’s all-time goalscoring record in the 41st minute, but the real star of the first half is goalkeeper Daniel Vega, who made several key saves in the final 20 minutes to keep San Jose’s hopes of a win alive.

Minnesota’s Romario Ibarra had his shot on an opening goal blocked inside the 18-yard box by Harold Cummings in the 14th minute and Jan Gregus missed wide left on a cutback shot shortly after the half-hour mark.

The game was halted quickly in start the second half as VAR determined that Quakes defender Marcos Lopez committed a handball in the box in the opening minutes of the half and Darwin Quintero scored on the penalty kick to put the Loons up 1-0 in the 48th minute. Quintero’s goal was Minnesota United’s 100th since joining MLS.

Miguel Ibarra doubled Minnesota’s lead just minutes later, finding the inside of the far post past Vega to put the Loons up 2-0 in the 52nd minute.

The night got worse for San Jose as Harold Cummings committed an own-goal off of a free kick for the Loons in the 75th minute, putting Minnesota up 3-0, effectively sealing the win for the Loons.

Despite a tough second half for San Jose, they nearly had a blip on the night as Wondolowski had a chance on goal fall right in front of his foot, but he scuffed the shot wide left.

Seattle wasted no time getting on the board as a frantic sequence inside Colorado’s six-yard box eventually found Kevin Leerdam knocking the ball in the back of the net in the fifth minute.

Colorado created several chances through the first half to try to cut the deficit early on, but Kei Kamara’s shot in the 13th minute was saved by Stefan Frei. Kellyn Acosta and Jack Price had their shots blocked and Nicolas Mezquida missed a shot wide.

Kamara tried to cut the deficit in half around the hour-mark, but his scissor-kick shot went straight into the hands of Frei. Diego Rubio missed a shot wide in the 67th minute that could’ve also given some hope to a potential late Rapids comeback.

Harry Shipp, who subbed on in the 68th minute, launched what would’ve been a third goal for Seattle over everyone just two minutes after coming on. Howard was caught up at the near post taking on Jordan Morris, who found Shipp wide open at the far post.

Seattle again missed out on a third goal again in the 80th minute when Morris missed Ruidiaz running in at the far post.