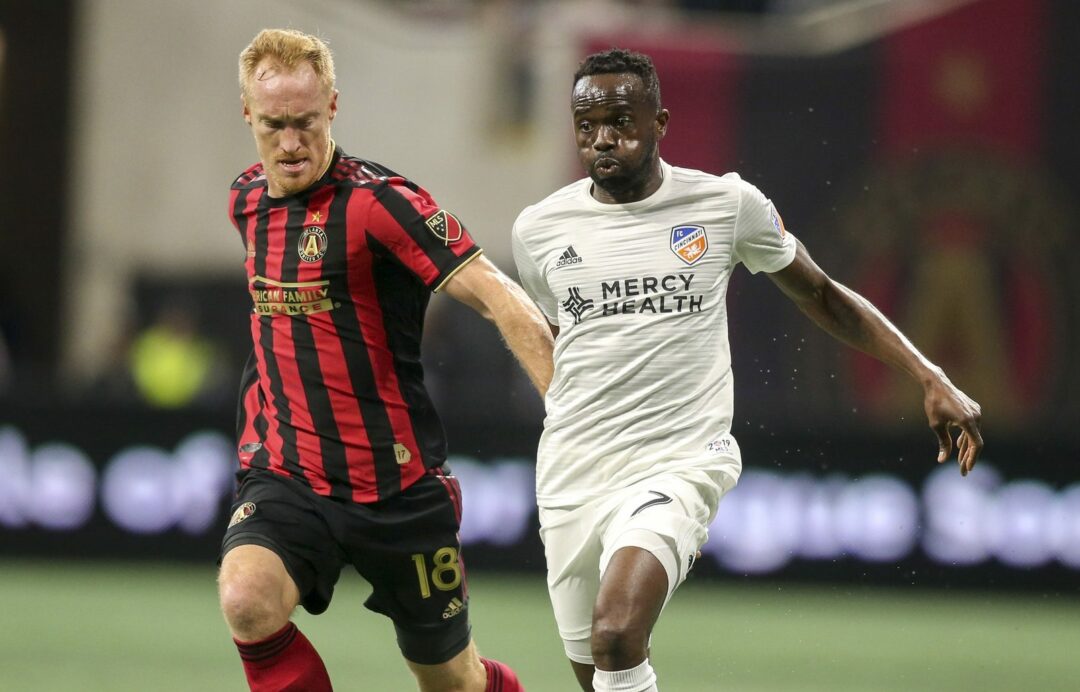 Matchday 2 of the MLS season sees eight teams in action on Sunday with plenty of last year’s playoff sides looking for their first victories.

The headlining match closes out the day as LAFC welcomes the defending Western Conference champs to Banc of California Stadium. Bob Bradley and Giovani Savarese will go head-to-head as both teams return to in-conference play.

Earlier on Sunday, Atlanta United will try to rebound from a pair of losses including a dismal defeat in Concacaf Champions League. The Five Stripes return to Mercedes-Benz Stadium to face FC Cincinnati who are coming off a loss on their regular season opener.

D.C. United travels to NYCFC in an Eastern Conference showdown while the Philadelphia Union face a trip to Sporting KC.

Sporting KC bounced back from an opening weekend loss in LA to down the Philadelphia Union 2-0 at Children Mercy’s Park.

Several refereeing decisions played huge factors in the match but went in the favor of SKC who scored in each half. Ilie Sanchez’s 11th minute penalty kick gave Peter Vermes’ side an early advantage after Auston Trusty was whistled for a push. Tim Melia saved Marco Fabian’s penalty kick in the 41st minute which look destined for the bottom-left corner.

Fabian was sent off in the 60th minute after landing on Johnny Russell’s stomach with his studs. Despite video review, the Mexican playmaker was sent off and will also miss the Union’s trip to Atlanta. Jack Elliott’s own goal in the 80th minute iced the win for SKC who return to Concacaf Champions League action midweek. The Union are winless in their first two matches.

New York City FC deserved three points for their effort on Sunday at Yankee Stadium but could only earn one against D.C. United. Despite 66% of the match possession and six shots on goal, Dom Torrent’s side drew the Black and Red 0-0 in their home opener.

Sean Johnson came up with a pair of good saves in the first-half, keeping out last weekend’s goalscorers Luciano Acosta and Paul Arriola.

NYCFC turned it up in the second-half with Alexandru Mitrita having the best looks offensively. The Romanian was kept out three times by Bill Hamid as both teams had to settle for a point apiece.

Both teams remain unbeaten to start 2019.

FC Cincinnati did not have many chances at Mercedez-Benz Stadium but they made their best chance count. Alan Koch’s men used an 86th-minute equalizer from Roland Lamah to earn their first MLS point in a 1-1 draw at Atlanta United.

Josef Martinez’s first league goal of the season gave the defending MLS Champs a 1-0 advantage in the fifth minute. Ezequiel Barco and Martinez had chances to double the Five Stripes lead but were unable to beat Spencer Richey in the FCC goal.

Kenny Saief made his club debut and would assist on the equalizer by Lamah. A through ball assist from Saief allowed Lamah to beat Brad Guzan to the bottom-right corner for his first goal for the club.

Atlanta sits in 10th place in the East while FCC are a spot behind in 11th.

LAFC kicked off life in MLS with a fine season a year ago and look ready to take the next step in 2019.

Bob Bradley’s side made it two wins from two as they routed the Portland Timbers 4-1 at Banc of California Stadium on Sunday.

Four different goalscorers found the back of the net for LAFC who never look troubled in the win. Mark Anthony Kaye and Jeremy Ebobisse traded goals before the hosts turned on the afterburners before halftime.

Christian Ramirez put LAFC in front before halftime ahead of Adama Diomande and Carlos Vela’s finishes in the second half. Diego Chara was sent off for picking up a second yellow card which ultimately killed Portland’s remaining chances.

The Timbers have failed to win either of their first two matches while LAFC are sitting pretty with six points.