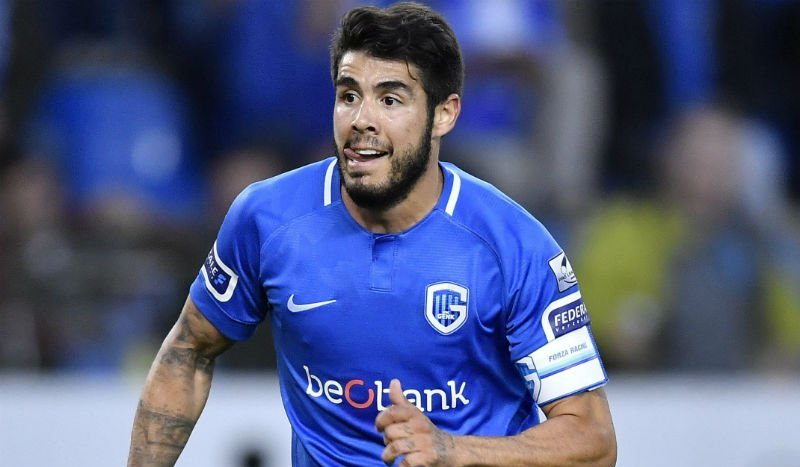 Toronto FC has finally added Alejandro Pozuelo to the roster.

The club announced on Monday they’ve acquired Pozuelo from Belgian side Genk, as their third Designated Player. Pozuelo, 27, made a combined 175 appearances for Genk in all competitions since joining in 2015. He totaled 25 goals and 60 assists for Genk.

“Alejandro is an excellent player that has the ability to both create and score goals,” Toronto FC General Manager Ali Curtis said. “He is the best player on the best team in Belgium’s top division. Obviously, and for so many reasons, we would like him to join us now, but we look forward to his arrival on March 18. We are very excited for the 2019 season and adding another important piece to a group that already has a lot of quality only makes us stronger.”

The Spanish midfielder came through the youth ranks at Real Betis before making his first-team debut in 2011. Pozuelo played two seasons with the La Liga outfit before also seeing time with Swansea City and Rayo Vallecano.

Pozuelo will help fill the void left by Victor Vazquez in TFC’s midfield.

Brad Guzan and Bill Hamid went head-to-head on Sunday night with the D.C. United keeper getting the better of his U.S. Men’s National Team counterpart.

D.C. United defeated the defending MLS champs 2-0 at Audi Field but it didn’t stop Guzan from voicing his opinion on Hamid’s preseason comments that he was better than the former Aston Villa keeper.

“When you hear things like that, being a goalkeeper in this league or across the world, there’s something about being in the goalkeepers union, having respect for your colleagues, having respect for the position, carrying yourself in a professional way,” Guzan said postmatch. “Some of us maybe lack in some of those areas.”

“It’s disappointing when you see fellow colleagues who are possibly going to be on the same team at some point,” Guzan said. “But that’s for him. You’d have to ask him more about those comments.”

Hamid’s comments were shocking to say the least as Guzan has won 54 more caps more with the USMNT than Hamid and has an MLS Cup title to his name. Hamid was named Man of the Match in D.C.’s opening weekend victory making two saves, while Guzan saw Paul Arriola and Luciano Acosta beat him in the loss.

Both keepers will hope to be competing for time under new USMNT head coach Gregg Berhalter later this year.

Neale joined MLS in 1998 as legal counsel and will now take responsibility for strategic planning and information technology, while maintaining oversight of all aspects of the human resources and administration and facilities departments.

Stevenson joined MLS in 2013 and is a highly accomplished executive in the sports industry since 1980. He currently oversees the domestic and international commercial business of MLS which includes Soccer United Marketing (SUM) Media and Broadcasting, Digital, Club Services, Marketing, Consumer Products, Special Events, and Content Media and Distribution.

“This structure enhances outr league office by maximizing the skill, experience, and dedication of Mark, JoAnn, and Gary and everyone on our leadership team,” Garber said. “This is a period of explosive growth in all areas of the league. We look foward to continuing to build on our momentum, and to delivering the greatest experience in sport to our fans.”

Minnesota United added a young midfielder to the mix on Monday.

The club announced the acquisition of Tanzanian midfielder Ally Hamis Ng’anzi on a one-year loan with an option to buy. Ng’anzi joins from Czech Republic side MFK Vyskov.

The 18-year-old Ng’anzi led Tanzania’s U-17 and U-20 MNT’s through the African Cup of Nations and earned the captain’s armband with both teams. Most recently, he played with the U-23 MNT and joined Vyskov in late 2018.

It is expected that Ng’anzi will be sent to USL affiliate Forward Madison. Madison will kick off their inaugural campaign on April 6th.