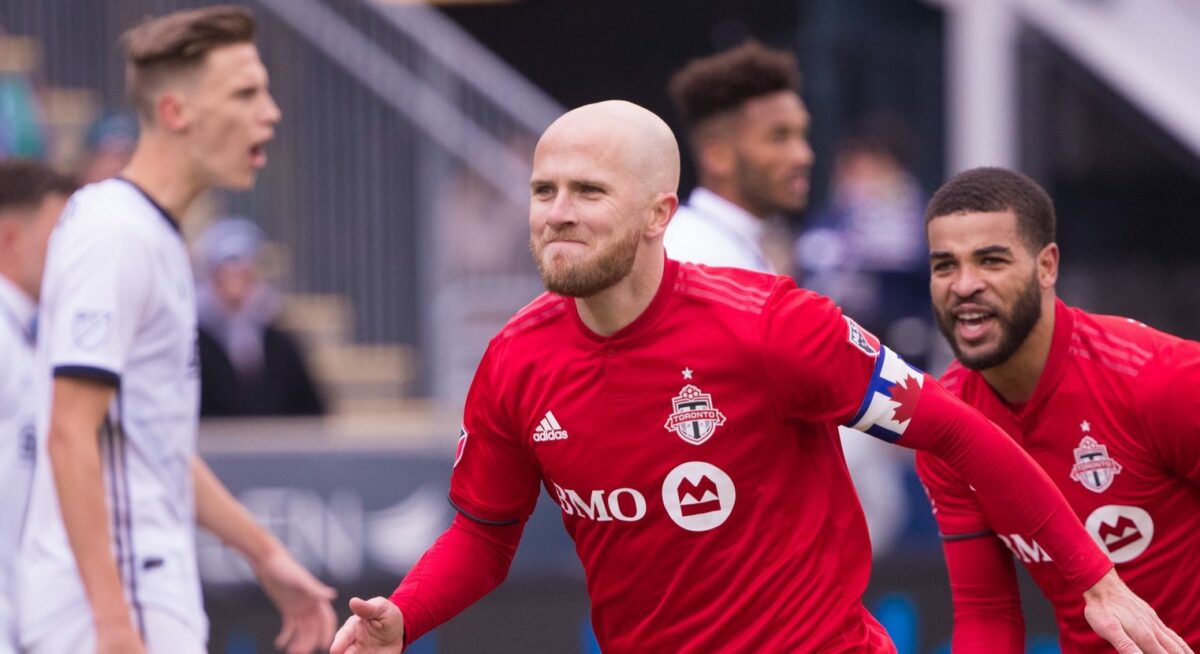 CHESTER, Pa. — Michael Bradley has proven to be an important player for Toronto FC during his time with the club. In Saturday’s season opening 3-1 win over the Philadelphia Union, Bradley netted his first two-goal performance in MLS showing off his ability in front of goal.

The longtime U.S. Men’s National Team midfielder led the way for TFC, with a pair of clinical finishes. Both goals were important for the Canadian club who earned their first season opening win since 2016. Bradley’s role with the club looks to be growing even more as TFC aims for a bounce back season and a place back in the MLS Cup Playoffs.

“He was outstanding today,” TFC head coach Greg Vanney said. “He covers a ton of ground for us and finds the best times to go forward. He helped with a lot of work defensively but also was in the right place both times in front of goal. I love to see that.”

“Sometimes he gets stuck too deep and is unable to get forward but with Marky [Delgado] covering for him he can choose his times to push ahead. We don’t necessarily expect that out of him, but he’s fully capable of those situations and going for it.”

With TFC having healthy bodies available in the backline to start the season, Bradley is back to his normal spot in midfield. The importance of Bradley in his traditional role showed as the 31-year-old completed more passes (40) than any other TFC player. He also got to celebrate his first two-goal performance since 2009 when he played for Bundesliga side Borussia Monchengladbach.

Vanney’s side had to wait for their chances to move forward and missed several other golden opportunities to score. Jonathan Osorio’s missed penalty kick paired with Jordan Hamilton’s scuffed effort on a breakaway were the pick of the bunch. Now with three points already in their back pocket, Bradley and TFC can look ahead with a smile on their faces.

“We know how important today was,” Bradley said. “Last season we were under the eight ball from the beginning. We have to understand the value of every point, every game, and I thought we were excellent today. Our mentality was good and a good way to kick off the season.”

“Games early in the season they become intense,” Bradley continued. “Teams come off long offseason for different reasons and everyone wants to play. Philly went a different direction this offseason and changed some things up so we had to be ready for it. There was a lot in it today for both teams.”

After getting ousted from the Concacaf Champions League, Toronto FC now can put their full focus on MLS and improvement in the Eastern Conference. The team tasted victory only 10 times in 2018 and only won twice on the road in a disappointing follow up from their MLS Cup triumph.

With a big result under their belts, TFC now prepares to return home for a three-match homestand beginning with New England on March 17th. Bradley will continue to play a large role for the club who can rest and recover for the upcoming 15 days. It is evident to other TFC players the importance of Bradley in the squad and what he will bring the rest of the season.

“He absolutely deserved it today,” Justin Morrow told SBI. “He’s a leader in so many ways, tonight he was able to get the goals but he does so much work for us around the ball and off the ball. He is the key that pushes us forward.”