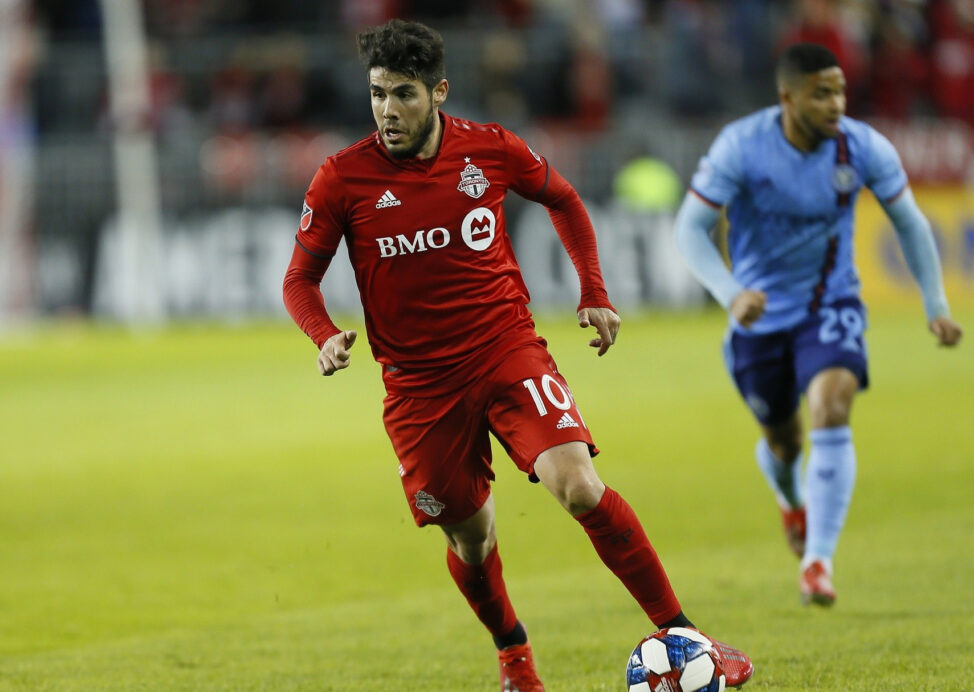 Toronto FC look like a motivated team in 2019. Friday evening’s 4-0 rout of NYCFC at BMO Field was just another example of that.

Greg Vanney’s side used goals from Jozy Altidore, Jay Chapman, and a pair from Alejandro Pozuelo to earn their third consecutive win of the season.

TFC put the foot on the gas early with Altidore breaking the deadlock in the 29th minute. Pozuelo assisted on the opener in his MLS debut, while Altidore netted in his second consecutive match.

NYCFC rattled the post after halftime with Ismael Tajouri-Shradi being the closest to equalize for the opponents. However that would be the best opportunity on the night for Dom Torrent’s side.

Pozuelo’s scored his first goal for the club in the 58th minute, finishing from the penalty spot with a panenka down the middle.

Pozuelo’s second goal would inflict further damage to NYCFC as he chipped Sean Johnson to the left side of the goal.

Chapman would ice the result in the 84th minute as he finished Auro’s assist for his first goal of the season. Alex Bono made three saves to earn the clean sheet for TFC.

With the win, TFC sits atop the Eastern Conference while NYCFC remain winless in ninth.

Alejandro Pozuelo made a huge splash in his league debut for TFC. Two goals and an assist for the forward is a perfect way to start his life in Toronto.

As a unit, the NYCFC backline was horrid as they allowed Toronto FC to run the show from the opening whistle. The second-half got even worse for them in the loss.