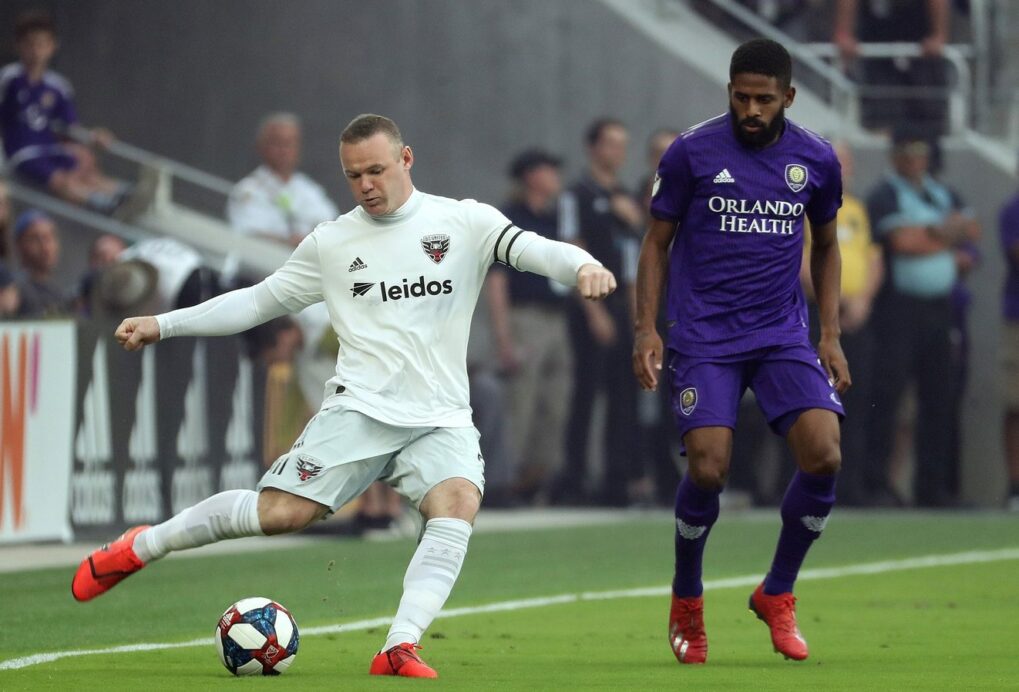 D.C. United’s road woes have finally come to an end.

Ben Olsen’s side used a pair of first-half goals to snap their 11-match winless road streak and down Orlando City 2-1 in Florida. Wayne Rooney had a hand in both of the Red and Black’s goals, assisting on the opening before scoring from a superb free kick.

Steve Birnbaum’s header in the sixth minute gave the visitors an early advantage after the centerback headed Rooney’s free kick past Brian Rowe. It was Birnbaum’s first goal since Sept. 2018.

Rooney scored a goal of the week nominee in the 30th minute, curling a right-footed free kick off the right post from near the left corner flag. It was Rooney’s fourth goal of the season and over the last two weeks.

Chris Mueller came off the bench after halftime and made an immediate impact. The forward set up Dom Dwyer in the 63rd minute which pulled the Lions to within one.

Dwyer forced Bill Hamid into a full stretch in the 82nd minute after the striker’s shot look destined for the bottom-right corner. Mueller’s stoppage time header went off the left post which was Orlando’s best chance to equalize.

D.C. United jump back to the top of the Eastern Conference and remain unbeaten in 2019. Rooney and Co. host West leaders LAFC next Saturday.

Orlando City suffered their second loss of 2019 and host Colorado on April 6th hoping to rebound.

Rooney played a part in both of D.C.’s goals and continued his strong form with a magical goal.

After being the hero a week ago for Orlando, midfielder Sacha Kljestan could not replicate his performance a second time around. Kljestan was replaced in the 59th minute for Mueller who assisted not long after coming on.