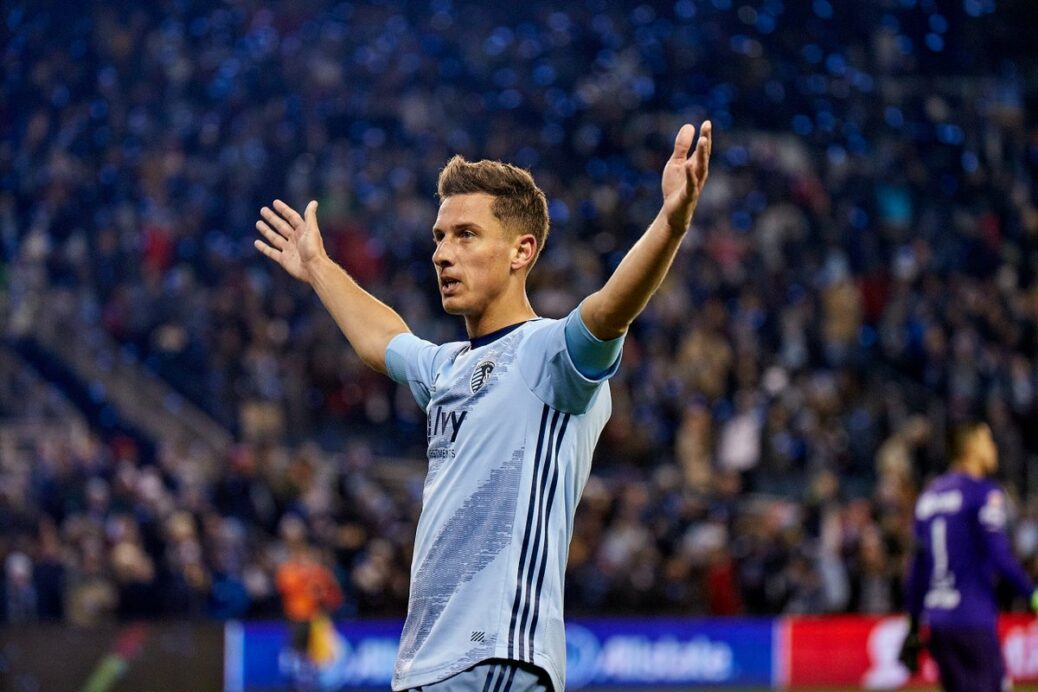 After grabbing a road goal in Panama last week, Peter Vermes knew his side only needed to score once in order to advance in the Concacaf Champions League.

Even with Independiente goalkeeper Jose Guerra standing on his head for most of the match, the MLS side advanced thanks to a 3-0 second leg win at Children’s Mercy Park. All three goals came in the final 16 minutes of the match with Krisztian Nemeth bagging a brace.

The visitors were pinned back most of the match but Guerra kept Sporting KC out numerous times.

His free kick save on Graham Zusi was the pick of the litter in the opening half.

Guerra was not done in the second half, stoning Gerso Fernandes thirty second in.

The 24-year-old’s continued to shine in between the posts, keeping KC out twice with a superb double save before the hour mark. Zusi’s trickling effort was punched wide by Guerra before Johnny Russell was stoned from point blank range.

The hosts pressure finally paid off with Nemeth coming up with the goal. The Hungarian was in the right place at the right time to volley home a header from defender Botond Barath in the 74th minute.

After taking the lead, SKC kept the pressure on and Roger Espinoza insured the American side a place in the next round. Fernandes’ cross went across the box to Russell who played a pass back for the cutting midfielder. Espinoza did the rest and he roofed his shot past Guerra.

Nemeth bagged his second of the night as further insurance for SKC before getting a curtain call.

Guerra finished with 10 saves in the match while SKC totaled 27 shots in total.

It was a strong run by Independiente who eliminated 2018 CCL finalists Toronto FC with ease in the Round of 16.

With the win, SKC will take on Liga MX side Monterrey in the semifinals beginning on April 3rd. Just like their quarterfinal draw, Vermes’ side will be on the road for the first leg.

Sporting KC returns to MLS play on Sunday against the Colorado Rapids.