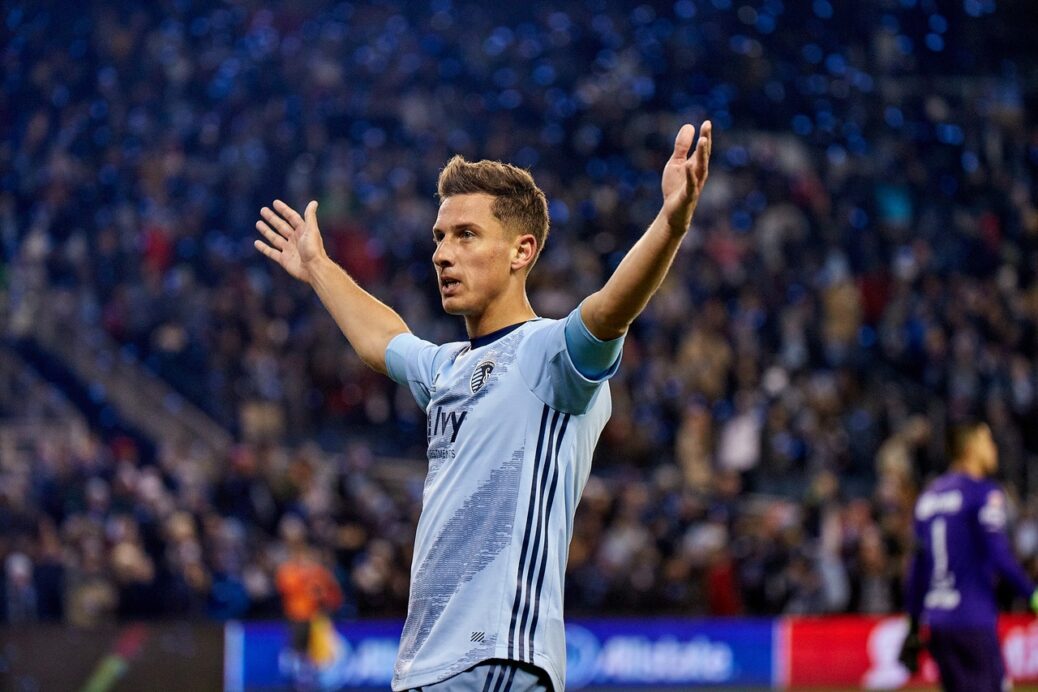 Sporting Kansas City showed no let up on Thursday in their second leg of the Concacaf Champions League round of 16 against Liga MX’s Toluca.

Gerso Fernandes’ first-half goal and Krisztian Nemeth’s second-half penalty handed Peter Vermes’ side a 2-0 win on Thursday and a 5-0 aggregate victory over Toluca.

With the victory, Sporting KC became the first Major League Soccer club to defeat a Mexican club in the CCL when the second leg of a series was played in Mexico.

Gerso opened the scoring in the eighth minute, as he hauled in a long cross-field pass from Roger Espinoza, cut in from the left side of the box and fired into the back of the net.

After Gerso’s goal, and throughout the game, Toluca fans began to Ole when Sporting KC passed the ball around, which was a sign of how poorly things are going at the Mexican club.

Nemeth finished off the game and series victory, as he converted from the spot in the 62nd minute.

The Hungarian forward earned the penalty a minute before, as he was brought down in the box by Albert Mora.

Sporting KC moves on to play Panamanian side Independiente, who defeated Toronto FC in the round of 16, in the quarterfinal round.