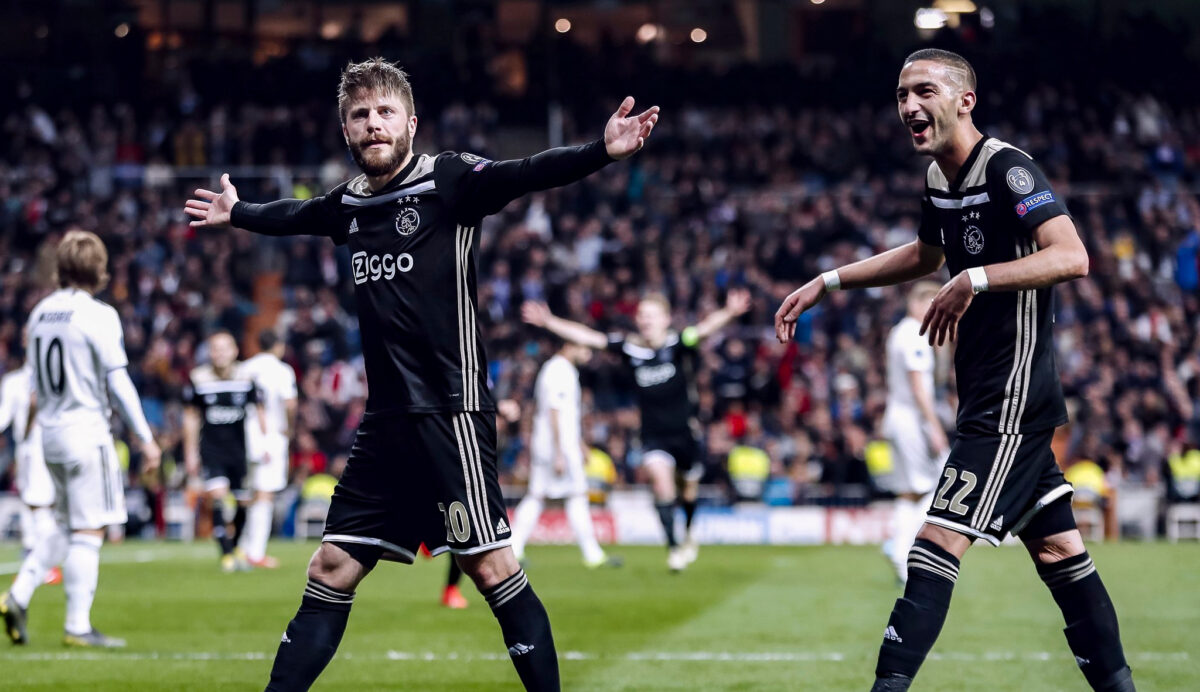 The Dutch side opened the scoring in the seventh minute as Dusan Tadic opened his Man of the Match performance assisting Hakim Ziyech. Tadic picked up his second assist in the 18th minute as David Neres was the beneficiary of an electric dribbling sequence which was capped off by a goal from the Brazilian.

Tadic was not done as he picked out the top left-hand corner of Thibaut Courtois’ goal in the 62nd minute. Also finding the top corner of the goal was Lasse Schone whose effort found a spot over the head of the Belgian and into the back of the net from a tight-angled free kick.

Marco Asensio scored in the 70th minute giving Real Madrid fans hope but was quickly denied that sense thanks to Schone’s effort.

Ajax moved through on an aggregate scoreline of 5-3 which featured Tuesday’s heroic effort at Santiago Bernabéu Stadium.

Borussia Dortmund’s week went from bad to worse as Tottenham knocked out the German club who lost their point gap at the top of the Bundesliga table on Friday.

Harry Kane scored the game’s lone goal with a cool finish around Roman Burki in the 48th miunte. Moussa Sissoko played the Englishman through on goal and Kane made no mistake, a sight Spurs fans have become accustomed to in recent years.

The srtike added to Tottenham’s trio of goals they scored in the first leg at Wembley Stadium. Spurs move on to the quarterfinals with a 4-0 win over Borussia Dortmund in the rearview mirror.