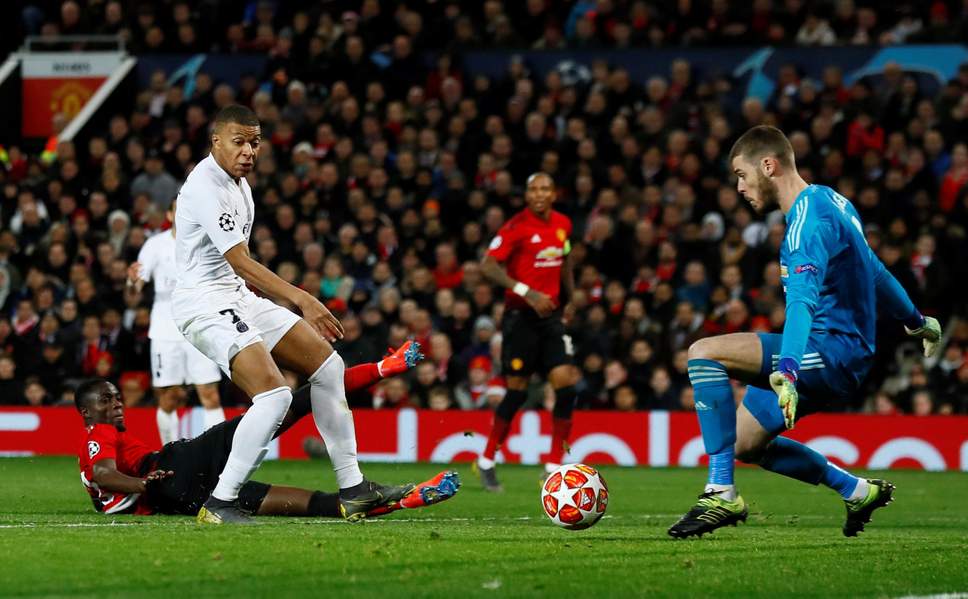 Four second legs of the UEFA Champions League Round of 16 kick off this week as eight teams eye four spots in the quarterfinals.

Manchester United’s chances of advancing are slim after the Red Devils fell 2-0 at home in the first leg to PSG. Ole Gunnar Solskjaer also has several of his starters out due to injury which means players like Marcus Rashford and Romelu Lukaku will need to step up. PSG will turn to the likes of Kylian Mbappe to steal the show once again.

Elsewhere, Real Madrid will look to close out Ajax at the Santiago Bernabeu while Borussia Dortmund has it all to do at home against Tottenham Hotspur. FC Porto returns home with an away goal in their back pocket against AS Roma.

Injuries of Note: Paul Pogba is suspended for Manchester United while Anthony Martial, Alexis Sanchez, Nemanja Matic and Ander Herrera are will be missing.

Players to Watch: Rashford is one of United’s bright young players and the English forward will need to be clinical in front of goal for the Red Devils to have a chance. On the other end, Mbappe has racked up 28 goals in all competitions and will be a handful for the United backline.

Key to the Match: Manchester United has it all to do but will need to keep PSG off the scoreboard for any chances of making a game of it. The Ligue 1 leaders are deadly on the counter and could kill the tie early with a goal in front of their home fans.

Quote: “Obviously it’s going to be tough,” Ashley Young said. “It’s not going to be easy. We’ve got to go over there, win the game and score goals. I’ve got every faith if we defend well and if we create the chance that I know we can do, we can win the game.”

Injuries of Note: Sergio Ramos will begin a two-match ban for Los Blancos after a deliberate yellow foul in the first leg win. Marcos Llorente is injured. Ajax has no health concerns for this match.

Players to Watch: Vinicius Junior only has three goals this season but is a clever footballer. He may not pose the clinical goalscoring ability of other European stars, but he can help Real Madrid in this competition. Frenkie de Jong has to be impactful in this tie or else Ajax’s dreams of an upset could be dashed.

Key to the Match: Possession will be key for Ajax if they want any chance of upsetting the defending champs at their stadium. De Jong and Dusan Tadic will need to create opportunities while Luka Modric, Gareth Bale, and others have the ability to do so for Los Blancos.

Quote: “The club wanted the other players to make up for what Ronaldo did, divided between the strikers and that is not easy,” Luka Modric said. “Cristiano scored 50 goals and you can’t find someone today who scores that many. Some of us have to take a step forward and, while not scoring 50, what we need is two or three players who score 15, 20, or 10 goals and we don’t have that.

Injuries of Note: Harry Winks and Eric Dier are unlikely to start for Tottenham while Dele Alli and Kieran Trippier are both out. Lukasz Piszczek is out with a foot injury for Dortmund while Christian Pulisic is doubtful due to a muscular issue.

Players to Watch: Marco Reus has 17 goals in all competitions this season but only one in Europe. The 29-year-old has to put on a strong showing for Dortmund if they want to create some drama at Signal Iduna Park. Harry Kane’s goalscoring ability always gives Spurs a chance of scoring and an early goal from the striker could have Tottenham in cruise control.

Key to the Match: Tottenham has to be wary of anything and Dortmund will pressure them from the opening whistle being down by three goals. Spurs will need to provide some chances offensively to kill the tie off and damper the spirits in Germany.

Quote: “It’s strange that no-one has said anything about that,” Mauricio Pochettino said about Dortmund having one extra day to rest. “It’s impossible that one team has 24 hours more to prepare. It’s massive.”We need help from the FA, we need help from the Premier League.”

Injuries of Note: Vincent Aboubakar is out longterm for Porto after rupturing his ACL last September. For Roma, Cenzig Under and Kostas Manolas both missed last weekend’s derby against Lazio but Manolas is expected to return.

Players to Watch: Moussa Marega has five goals in the Champions League this season for Porto and should be ready to go after returning from injury early. Nicolo Zaniolo scored a brace in the first-leg and will be eager to add to his tally in Portugal.

Key to the Match: Both teams will go for the win but Roma’s defense needs to be prepared. The visitors cannot afford any mental mistakes against Porto and has to keep the hosts pinned back and on the backfoot.